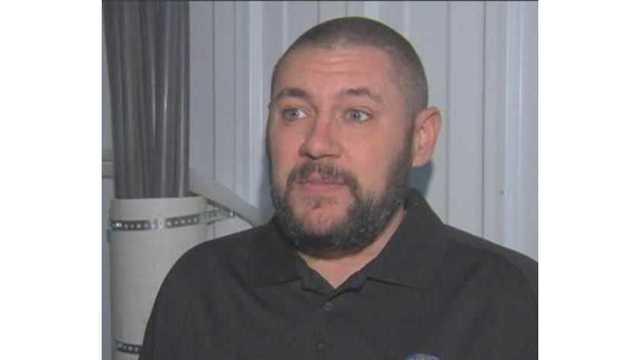 Kik was implicated yet again in a case of child exploitation, the second case this week alone. This time, two men from Joplin, Missouri (one a former police officer) were charged for sexual exploitation of children. The two men, Gary McKinney, 43, and Anthony Helsel, 31, had separate complaints facing them but the charges were related. McKinney is in federal custody as he awaits a detention hearing October 10, 2018. Helsel is awaiting detention hearing that will occur October 9.

McKinney was charged today. McKinney had been an officer with the Joplin Missouri Police Department for nearly seven years until May of 2006 and served elsewhere after, also as a law enforcement officer.

<a href="http://www.joplinglobe.com/news/former-police-officer-second-joplin-man-charged-in-child-pornography/article_84504204-c828-11e8-b9b9-ff0e0a7bf6da.html">Both men were charged</a> with receiving and distributing child pornography through the internet. Helsel also faces a charge of using a minor to produce child pornography. The case was busted thanks to a CyberTip from the National Center for Missing and Exploited Children. Facebook reported that Helsel had uploaded the sexual assault of a 4-year-old child.

An undercover officer contacted Helsel via the Kik messaging application at which time Helsel allegedly offered to send child sexual exploitation material to him and other members of a Kik group. When the officer received the files a search warrant was issued for Helsel's home at which point his cell phone was seized.

Helsel admitted to his sexual abuse of the 4-year-old victim and that he had taken videos and still images during the assault. Helsel added that he had been in contact with another user on Kik, the former police officer McKinney. At this point, Helsel's Kik account was commandeered by law enforcement and the Helsel decoy set out to speak with McKinney.

Forensic examination of Helse's cell phone revealed that messages between McKinney and Helsel included transfer of child pornography. A search warrant for McKinney's home was issued on October 3. McKinney's phone revealed the use of the messaging application Telegram had also been used to facilitate conversation related to child abuse and exchange of child pornography.

The Joplin Police Department <a href="https://www.fourstateshomepage.com/news/breaking-former-joplin-police-officer-arrested-for-sexual-exploitation-of-children/1498406918">issued the following statement</a>: “We take these types of crimes and the safety of children in our community very seriously. We will always insure that we do the right thing to intervene in these cases, regardless of who the people involved are. This case is no different."

As we mentioned in the other article about child exploitation and abuse being shared on and facilitated by Kik, the problem has been known for some time. Forbes did an undercover investigation over a year ago after which Kik promised to attempt to make the platform safer for children even volunteering to earmark $10 million (10% of their $1B valuation) to invest in doing so. A month after the first undercover investigation a reporter with Forbes was able to find 10 groomers in under 2 hours.

The bust was coordinated as a part of the DOJ's Project Safe Childhood which coordinates federal, state and local authorities to identify and rescue victims of child sexual exploitation and abuse. To contact Project Safe Childhood or access information and resources, you can visit <a href="http://www.justice.gov/psc/>justice.gov/psc</a>. If you'd like to learn more about the growing problem of child exploitation through social media, apps and platforms like YouTube you can learn more or get involved by visiting exposingexploitation.com

You can also learn more about Project Safe Childhood by visiting the Department of Justice web page justice.gov/psc for more information on internet safety or to contact the PSC.

Down HUgo another one bites the dust!

Now that laws are being enforced, with the help & blessings of the current administration these deviant`s are being arrested in record numbers.

Next should come incredibly harsh penalties. I feel a humane death is too easy a sentence for these sub-animal`s & predators or the innocent.