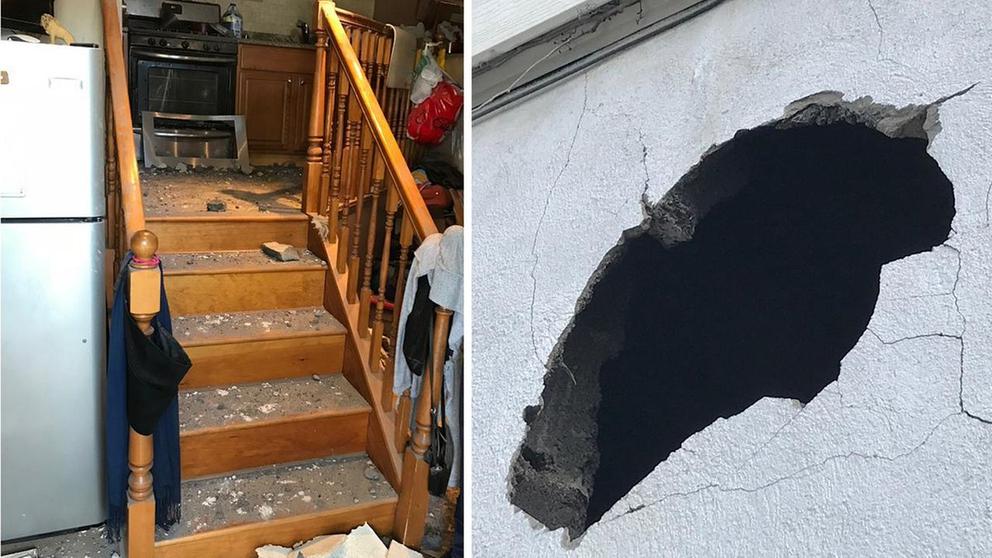 It remains a puzzle to residents of a New Jersey home and their neighbors what kind of object put a hole in their house.

Officials have been called to investigate the incident and shed light on the “unidentified object” that flew into a home. It is described as a large and heavy object.

The object created some impact, too. The cylindrical object blew a hole in the side wall of a two-story home on Western Avenue in Jersey City owned by Arlene Silvestri. Neighbors reported hearing a loud explosion.

Silvestri’s attention was phoned by her tenant upstairs. By the time she came to check on the house, the fire department was already there.

Police can’t tell for now where the unidentified object came from.

Some neighbors speculated that the object probably came from a scrap metal yard across the street. That theory would have also been logical.The shop owner, however, denied the claim and said the object didn’t come from their end.

Investigators remain skeptical about the shop’s denial. For now, the shop’s not exactly off the hook as police continue to investigate. Jersey State released a statement saying: “The cylinder of compressed gas or compressed air came from the direction of a scrap metal yard along County Avenue. The cylinder was projected east up County Avenue and pierced the rear wall of (a home) landing inside the home. No one was in the area of where the cylinder landed.”

Thankfully, no injuries were reported.

It is in the literal sense, for now, a “UFO”- as the object remains “unidentified” and that it was in a way, “flying” when it struck the home. But unlike the mystery that surrounds the real UFOs, this incident may soon have a culprit behind it when the police conclude their investigations.

Why is this dumb article here?