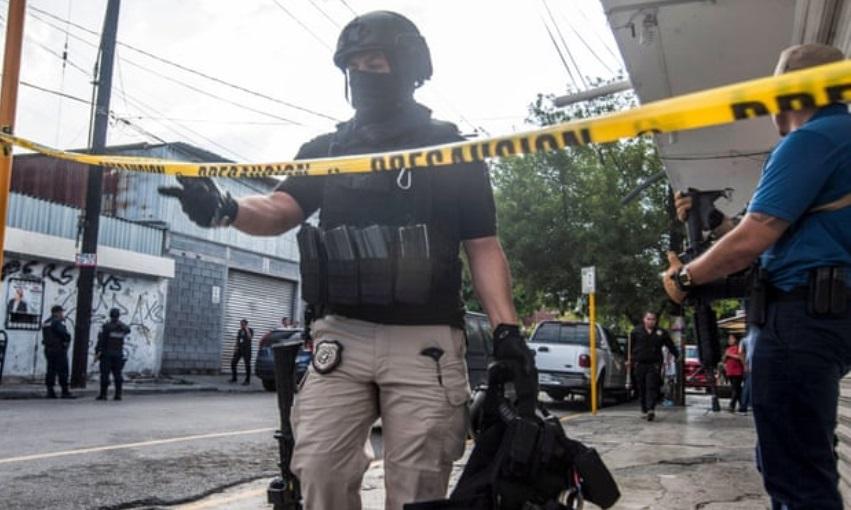 Police in Mexico made a startling discovery when they found the baby carriage a couple was pushing had human body parts inside of it. The couple admitted to killing 20 people, more than twice the amount originally suspected by investigators. The man has been identified as "Juan Carlos N" and confessed Monday to not just murdering 20 women but raping them as well. He would then sell their body parts and valuables, according to chief investigator Alejandro Gomez.

The woman was identified as "Patricia N" and is the wife of Carlos, Mexican laws prohibit the publishing of last names. The deadly duo was arrested Thursday in Ecatepec, a violent suburb of northeast Mexico City. The pair were arrested on suspicion of killing at least 10 women although the killers say that number is higher. Carlos gave detailed accounts of 10 murders while being interviewed by investigators, he then revealed that he and his wife had killed another 10 people.

Prosecutors are trying to figure out if their claims of the additional murders are true or just the boast of a "psychopath" and "serial killer", Gomez said. "He described it in a completely natural way … I would say he actually seemed happy to have done this. He wants people to see his picture, to know his name … I would obviously classify this person as a murderer, a serial killer," he said.

Carlos told investigators he was forced to dress as a woman by his mother when he was a child which sparked a hatred of women at an early age. Both of the accused killers underwent psychiatric examinations before appearing before a local court Sunday. The tests are meant to determine mental illness and it appears Carlos has "a mental disturbance consistent with psychosis and a personality disorder".

The diagnosis also said his wife has been "mentally disabled since birth and also has acquired induced delirium". Gomez argued, "But both can distinguish between right and wrong". He added that the couple was living with their children, one of them was just a baby. When investigators examined the houses belonging to the couple they found various human remains in cement-filled buckets, bodies wrapped in plastic bags inside a refrigerator, as well as clothes which appeared to belong to their victims.

The pair also told police he and his wife lured their victims, mostly young mothers, with promises of discounts on clothing for their babies. "They were single mothers … and they needed someone who could help them find inexpensive baby clothes," Gomez added. Investigators tracked down the couple by tracing the calls the missing women had managed to make to police.

The case has left shock waves in Mexico where even by its violent standards is a hideous act of serial killing. Women's advocate's groups such as the ones marching in the tweet above say, "Not one more." The entire tweet reads, "Not one more, not one more … not one more murdered!" These are the cries of the families of victims of femicides and disappeared women in #Ecatepec, who march through the streets of Jardines de Morelos."

According to a report from the UN, seven women and young girls are killed in Mexico every day. The state of the region where Ecatepec is located has led the way in female homicides in the last year. There have been over 301 women and girls murdered this year alone, according to official figures. Protesters are working to alert the nation to the gender violence taking place in Ecatepec.

Last year, a total of 28,702 people were murdered making it the highest death toll since 2006. Since the peak of the killing in 2006, the government deployed the army to wage a militarized war on the country's powerful cartels and drug lords.

>Carlos told investigators he was forced to dress as a woman by his mother when he was a child which sparked a hatred of women at an early age.

I guess we should expect these incidents to increase massively in future.