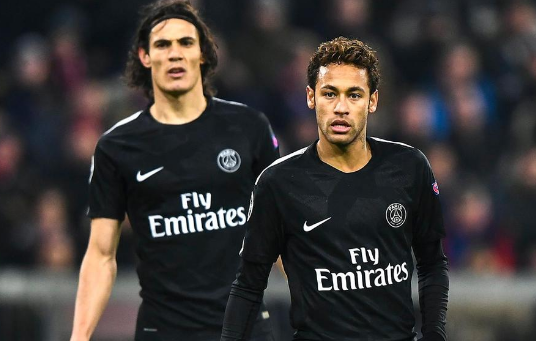 UEFA informed French judiciary authorities that there might be match fixing involved in the Champions League match between Paris-Saint-Germain (the club of Brazil captain Neymar Junior) and Red Star Belgrade last week. A board member of the Serbian club would have bet five million euros on a defeat with five goals difference from his own team. It became 6-1.

PSG-Red Star Belgrade was played on the second day of the Champion’s League group stage on October 3rd. The Serbian team lost a whopping 6-1.

So far, so good, until today the news came that there may be something fishy about the game. A few days before the match, UEFA was tipped off that a prominent board member of Red Star had taken out a hefty wager against his own team. The man-made bets for a total of five million euros saying his team would be defeated with a five-goal difference on multiple gambling sites, and with a variety of betting amounts, not to arouse suspicion.

Possible gain: 25 million euros. To ensure that his plan would be successful, the board member informed some Red Star players who would surely be chosen for the defense that evening to let in some easy goals.

The informant who tipped UEFA also told the European Football Association that the Red Star board member would meet with PSG chairman Nasser Al Khelaifi the day before the match.

Dragan Dzajic, chairman of the Red Star, laughs at the accusations at the address of the Serbian club. "This is the first thing I hear about this. I know absolutely nothing about this. Impossible that this is true. "

PSG has also responded to the news. The Parisian top club says to be surprised and is considering taking steps against people trying to discredit the club. "We have taken note of this with the greatest amazement. We reject every direct and indirect involvement in this story," is stated in a statement on the club’s website. "We will provide full cooperation to the researchers. We do not accept any reputational damage to the club or our people. We reserve the right to take action against people who do so. PSG stands for integrity. "

Do you mind if I quote a couple of your articles as long as I
provide credit and sources back to your webpage? My blog is in the very same area of
interest as yours and my users would genuinely benefit
from a lot of the information you provide here. Please let me know if
this okay with you. Appreciate it! Kjøp Monaco Fotballdrakt Lawerence fotbollströjor SabinaLam

Hey there! This is my first comment here so I just wanted to
give a quick shout out and say I truly enjoy reading through your
blog posts. Can you recommend any other blogs/websites/forums that go over the same subjects?
Many thanks! Maglia Dortmund ShaylaJrb Liverpool trikot Jacquelin

Greetings from Los angeles! I'm bored to death at work so
I decided to browse your blog on my iphone during lunch break.
I enjoy the information you provide here and can't wait to take a look when I get home.
I'm shocked at how quick your blog loaded on my phone .. I'm not even using WIFI, just 3G ..

Quality content is the important to invite the viewers to pay a quick visit the website, that's what this web site is providing.
Juventus adräkt WendiCanc Billige Inter Fodboldtrøje Perisic DiannaLox

Hey there! I'm at work browsing your blog from my new iphone 3gs!
Just wanted to say I love reading your blog and
look forward to all your posts! Keep up the excellent work!

I know this website provides quality dependent posts and other data, is there any other site which provides these
kinds of things in quality? Ajax Fodboldtrøjer MargoJami Fußballtrikots Kinder Manchester United CharlieCa

Howdy I am so excited I found your webpage, I really found you by error, while I was browsing on Askjeeve for something else,
Anyhow I am here now and would just like to say cheers for a marvelous post and
a all round exciting blog (I also love the theme/design), I don't have time to read through it all at
the minute but I have saved it and also added your RSS feeds, so when I have
time I will be back to read much more, Please do keep up
the great job. Manchester United drakt 2019 PhillisDa maglie calcio bambino LourdesEm

Hello would you mind letting me know which webhost you're using?
I've loaded your blog in 3 completely different browsers
and I must say this blog loads a lot faster then most.
Can you suggest a good hosting provider at a reasonable price?
Thanks a lot, I appreciate it! Maglia Liverpool 2019