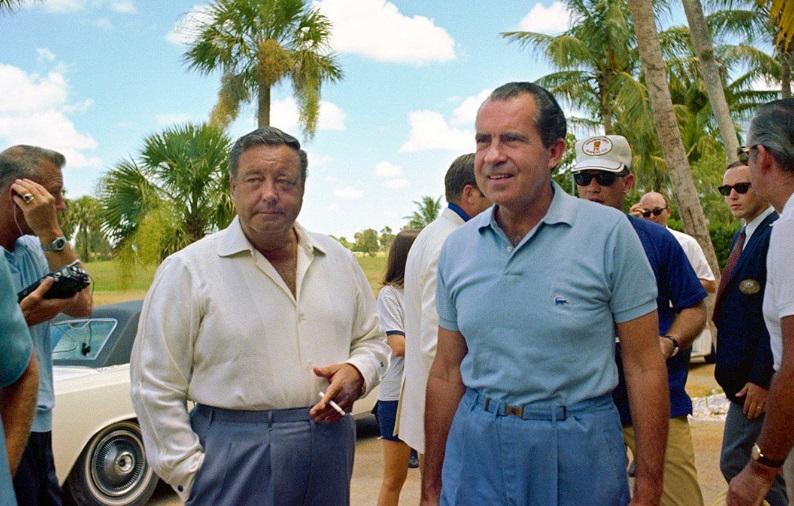 Once upon a time, not too many decades ago, one could shout "To the moon, Alice!" and everyone would immediately recognize the line from Jackie Gleason's film "The Great One". Jackie Gleason was a man of many talents ranging from a commanding stage presence to a natural talent to entertain when the cameras were rolling. The comedic actor is perhaps best known for his role of bus driver Ralph Cramden on the popular TV series, "The Honeymooners."

Perhaps there is more to Jackie Gleason than the eccentric, loud, and hilarious personality he was so well known for. Gleason also had another passion aside from acting and comedy, and that is one he kept much more quiet about, UFO research. That's right, behind his outspoken exterior was an avid armchair Ufologist although at that time the word had hardly been invented.

Gleason took pride in his extensive collection of UFO books which are said to number in the thousands. Whenever a new UFO-related book came out Gleason had it, even if it was from Europe, the UK, or the U.S. Little did he know, one day his efforts spent in delving deeper into his secret hobby would one day bear fruit.

His love for Ufology eventually gained him access to something that most people wouldn't believe and would leave the actor open to ridicule from UFO skeptics. It began by chance with a conversation one afternoon in 1974 in Florida where Gleason was playing golf with one his regular golf buddies, President Richard Nixon. Gleason had mentioned his interest in UFOs and his rather large book collection to Nixon and the president even admitted that he too was intrigued by the topic.

Nixon would reveal little about what he knew to Gleason but he did tell the actor that he had a decent sized UFO-related collection of his own. Little did he knew, Nixon would drop a bomb on him later that same night. One can only imagine what Gleason's reaction would have been when President Nixon showed up to his house around midnight, all alone, and driving his personal car.

When Gleason asked President Nixon what he was doing at his house at midnight, Nixon told him he wanted to show him something. He got into the car with the president and they drove to the gates of Homestead Air Force Base where they passed through security with ease until they reached the far end of the base.

The pair pulled up to a tightly guarded building. This next part is a quote from Gleason himself:

<i>We drove to the very far end of the base in a segregated area, finally stopping near a well-guarded building. The security police saw us coming and just sort of moved back as we passed them and entered the structure. There were a number of labs we passed through first before we entered a section where Nixon pointed out what he said was the wreckage from a flying saucer, enclosed in several large cases.</i>

<i>Next, we went into an inner chamber and there were six or eight of what looked like glass-topped Coke freezers. Inside them were the mangled remains of what I took to be children. Then - upon closer examination - I saw that some of the other figures looked quite old. Most of them were terribly mangled as if they had been in an accident.</i>

Gleason was ecstatic with what he had just been told but it also had a traumatic effect on him as well leaving him unable to eat or sleep properly for weeks. He also found himself drinking heavily during that period but he eventually snapped out of it and regained his composure. Gleason's wife verifies that he left late that night and when he returned home he spoke excitedly to her about what he had seen. A little-known fact about Gleason is that he owned his very own UFO, well sort of. Gleason's Cortlandt Manor was designed to look like a flying saucer.

When Gleason and his wife eventually separated, she told the story to a writer at Esquire Magazine who printed an article about it. This upset Gleason greatly and he became very angry and upset that the story was made public. This caused some, including his now ex-wife Beverly, to wonder about whether the story was actually true or not.

A man named Larry Warren eventually found himself invited to Gleason's home because he wanted to hear of Warren's own experience at Bentwaters Air Force Base in England. Warren came away from the meeting convinced that Gleason's own story was true. Warren later said:

<i>"You could tell that he was very sincere - he took the whole affair very seriously, and I could tell that he wanted to get the matter off his chest, and that was why he was telling me all of this. Jackie felt just like I do, that the government needs to 'come clean,' and tell us all it knows about space visitors. Its time they stopped lying to the public and release all the evidence they have. When they do, then we'll all be able to see the same things the late Jackie Gleason did."</i>

hopefully "the aliens" will do the right thing and wipe humans off the face of the earth.