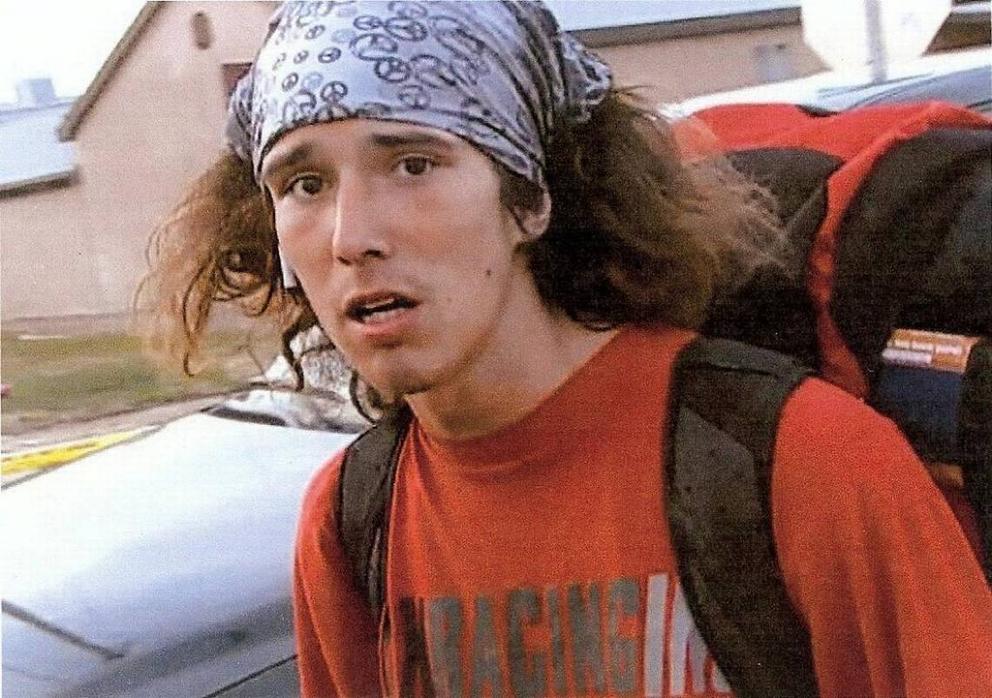 YouTuber Wavywebsurf experienced a surge in traffic and followers after his video Whatever Happened to Kai the Hatchet Wielding Hitchhiker. Problem was, the video was somewhat sloppily researched and painted Kai in a bad light. With his situation still up in the air (still awaiting trial over 5 years out from his arrest), the misinformation presented in the original video could have jeopardized Kai at a vulnerable time.

Luckily, in part thanks to our article debunking the original video bit by bit, Wavy did the right thing. Wavy admitted to having seen our article and Kai himself urged him to seek out my interviews with him for The Goldwater for an accurate timeline of the events.

Not only did he delete the original, erroneous video, but was willing to make a second retraction video exposing his own errors and adding more details he missed the first time around. I applaud Wavy for making it right and especially for also being willing to donate the funds raised from the monetization of the original Kai video to a charity of Kai's choosing.

<blockquote class="twitter-tweet" data-lang="en"><p lang="en" dir="ltr">-NEW (CORRECTED) VIDEO-<a href="https://t.co/wRUDUmeYgb">https://t.co/wRUDUmeYgb</a><br><br>So may of you are aware earlier in the month I made a video about Kai The Hatchet Wielding Hitchhiker. Well, that video got really big…and it had some mistakes I was not comfortable with. This should answer any questions you have</p>&mdash; wavywebsurf (@thewavywebsurf) <a href="https://twitter.com/thewavywebsurf/status/1053434834922692608?ref_src=twsrc%5Etfw">October 19, 2018</a></blockquote>

It's understandable that with some sloppy research he came to faulty conclusions, but even more understandable that when the truth came to light he would alter his tune. As I'd been saying, the truth was far more sensational and compelling than the misinformation, or as Wavywebsurf himself admitted: "It's way more fucked than I previously thought it to be."

In addition to the video itself, Wavy set the record straight item by item in the description:

These are the main corrections which I fixed from the last version of this video: 1. Social Services removed Kai from abusive birth parents, it wasn’t the child’s fault, it was the adults. Kai wasn’t at fault for that, he was 11 years old at the time. 2. Kai doesn’t have behavioral and emotional problems, he is well adjusted and forms healthy relationships. 3. Kai was not out causing problems, out on the street or otherwise. 4. Kai’s claims of sexual and physical abuse as a small child were directed at his birth parents, as WELL as his claims against Bosco homes as a young teen. 5. Kai has a heroic and endearing love of society, not an overall distrust, deep within his heart. He is NOT antisocial. 6. Kai did not “viciously beat” Jett Simmons McBride: the court record shows that Kai STRUCK Simmons in the head with a hatchet 3 times in a lawful and controlled manner to subdue Simmon’s violent attack on innocent people. 7. Kai’s intervention was not only violent and deadly force, it was proven in court to be legally justified. 8. Kai has never committed a “slashing” he used justified force in defense of another. 9. Kai was in California after appearing on Jimmy Kimmel, from February to April of 2013, not homeless in NYC: as is evidenced by video of him drunk surfing under the Golden Gate Bridge on March 26, 2013. 10. Kai kicked Galfy away from himself from on his back on the floor. Even the prosecutor admitted that the majority of injuries to Galfy came from kicks, not fists. 11. Kai did not go “on the run”; even the prosecutor admitted in a press conference that Kai was “not hiding, he was out in the open”. 12. Kai didn’t “viciously” beat Galfy, Kai STRUCK Galfy in self defense. There was no viciousness on Kai’s part, which would imply malice. There was only panic and terror at being raped.

Wavy explains that he removed the video by his own decision because he didn't feel right having a video that had grown viral so quickly released with so many glaring mistakes "in a sensitive situation like this." In addition to scrapping the original video, doing an updated retraction and apologizing directly to Kai he also generously shared the link to the fundraiser for Kai's legal defense with his viewers in the description of the updated video.

My initial concern when I first saw the original video was that this was an attempted character assassination, a literal hit piece. Thankfully, Wavy was cooperative and has made it right which is certainly admirable. Wavy admitted to admins of the Kai Legal Defense Page that he had seen our initial coverage of "what was wrong with whatever happened to Kai" and Kai himself called me to offer his thanks for raising awareness about what was wrong with the first video.

If you're interested in donating to Kai's legal defense, you can <a href=" https://fundrazr.com/91KxTa?ref=ab_879yPb_ab_62C3PLlSGOd62C3PLlSGOd">contribute to the campaign here</a>. You can also stay updated with the latest on what's going on with Kai by visiting the <a href="https://www.facebook.com/Kai-the-Hitchhiker-Legal-Support-Page-1594410144211919/">Kai the Hitchhiker Legal Support Page</a> at Facebook.