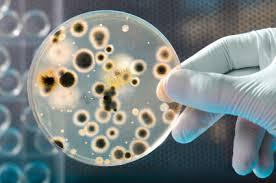 Pennsylvania is leading the nation in salmonella cases which apparently has proved as good a reason as any to feed into the kratom media scare movement. Pennsylvania currently is responsible for 11 of the 92 known cases of Salmonella infantis this year. Behind it is New York with 10 cases and New Jersey and Massachusetts are tied behind that with nine cases each. Luckily no deaths have yet been reported.

<a href="http://www2.philly.com/philly/health/drug-resistant-salmonella-from-chicken-sickens-people-in-pa-nj-20181018.html?fbclid=IwAR1det3tuIzdi5Xsyw0si9wCWmhQdl48VtOBdI-ZmE56dwKIwgkeuEafIow">At the end of their salmonella article Philly.com</a> makes sure to mention, "Kratom, an herbal product with opioid-like properties that has been linked to deaths locally and elsewhere." This, of course, ignores how the so-called "kratom deaths" were debunked by a forensic toxicologist and medical professionals and scientists.

The deaths attributed to kratom ignored other likely causes, in one case the decedent <a href="https://www.nbcphiladelphia.com/news/health/Kratom-Deaths-Chester-County-Pennsylvania-Herbal-Supplement-Drug-Opioid-Alternative-Debate-491415752.html">had taken fentanyl, cocaine and benzodiazepines</a> (anti-anxiety medication) before dying but the coroner instead chose to zero in on kratom as cause of death. In other cases, there were notable drug combinations that were known to be lethal that, once again, were ignored in favor of blaming kratom for the fatality of the consumer. This, in my opinion, makes about as much sense as finding a person with their head blown to pieces, a smoking gun in hand with a glass of lemonade in the other and coming to the conclusion that Minute Maid causes head wounds.

The salmonella outbreak has <a href="https://www.heraldmailmedia.com/news/nation/pennsylvania-has-highest-level-of-salmonella-cases-linked-to-chicken/article_2fa48f52-ebdc-5243-84d8-e03190facf6b.html?fbclid=IwAR13gZLsUYuXEVP0wSWrHs4HyJV3a3d4Ylz0sR3BRlHks_0GHJfTRmv_eds">hit 29 states so far</a> and the CDC has not yet been able to find the source of the outbreak. They do mention that consumers should not worry about abstaining from eating chicken and that retailers should continue stocking the products.

In addition to chicken as a source, this year has seen salmonella outbreaks related to Kellogg's Honey Smacks, Whole Foods salads, eggs, raw turkey, Panera bread and other food items.

The American Kratom Association, <a href="https://docs.wixstatic.com/ugd/9ba5da_93cf59b7c94641ac9c129694114c8e03.pdf">according to scientist Dr. Jane Babin</a>, received anecdotal reports of CDC investigators using leading questions biased toward finding kratom as the source of Salmonella contamination while dismissing other potential causes of the outbreak. Following the kratom salmonella scare at least 75 kratom vendors found themselves raided by the FDA leading to disruption in their businesses as well as seizures of their products. Other vendors were forced to recall and destroy kratom in their inventory or cease all sales despite no illness being connected to products they had personally sold even in cases where FDA investigators were unable to find any indication of Salmonella contamination in their products or facilities.

Ironically despite the lack of any direct evidence that kratom had caused infections, the CDC urged consumers against ingesting any kratom products. This is a stark contrast to that of other products that had been directly linked to Salmonella outbreaks. As we mentioned in a previous article, salmonella doesn't make kratom any more dangerous than oats, coconuts, chicken salad or other items that have been contaminated in the past year by salmonella.

Around the same time as the initial kratom/salmonella scare, Panera had an e. coli outbreak, Bob's Red Mill amaranth flour was recalled due to salmonella there was a death connected to tainted chicken salad infected with Salmonella that same month (despite both Pennsylvania sources reporting no Salmonella-related deaths this year). Oddly enough, Time Magazine, USA Today and Markets Insider all thought the potential kratom contamination was newsworthy but not the chicken salad death.

Kratom, like any product to be ingested, may be prone to contaminants, but the way that it is singled out in comparison to dangerous opioids and even other edible items seems to suggest the power of deeply ingrained misinformation the likes of which former chief pharmacologist of the National Institute of Drug Abuse, Dr. Jack Henningfield calls "junk science."

Great job of pointing out the truths, the biases, and the obvious smear campaign!

FDA approves more deadly meds, products.. and they go ignored, added to other products, pulled- only to resurface later, or are "given a blackbox label"… why is that?