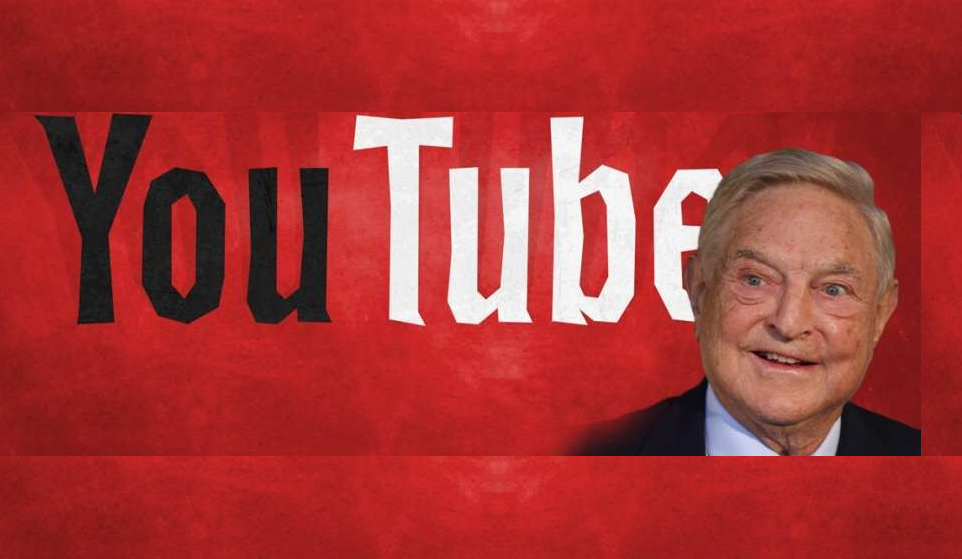 The YouTuber Keemstar recently brought attention to a new YouTube policy announced in The Guardian. On Twitter, Keemstar posted a screenshot from the Guardian article regarding YouTube's updated terms of service related to the Super Chat system. Super Chat allows viewers to donate to the YouTuber when they comment during livestreams. The greater the amount donated, the longer the time the comment stays on screen.

The Super Chat functionality was added in early 2017 and by May The Verge and Buzzfeed had already written editorials warning of how Super Chats were "an abomination from a capitalist dystopia" that was being used (or abused) by white nationalists and racists to push hate speech.

YouTube's latest update allows YouTube to divert funds from Super Chats if they deem the speech to be inappropriate. The Guardian article, it explains that YouTube will donate the revenue to a charity rather than splitting it between YouTube and the channel owner. The general YouTube terms of service don't mention Super Chats and in the section from the YouTube guidelines regarding Super Chats there was no codified mention of the new policy yet, neither was there any mention of it in the sections on discrimination, hate speech or other abuses of the platform.

<a href="https://www.theguardian.com/media/2018/sep/18/report-youtubes-alternative-influence-network-breeds-rightwing-radicalisation">The statement from YouTube in the Guardian</a> simply read, “If a user is caught sending abusive Super Chats, the revenue received will be donated to charity instead of being split between YouTube and the channel’s creator.”

<a href="https://www.dexerto.com/entertainment/keemstar-calls-out-youtube-for-new-policy-on-abusive-super-chats-196090">Keemstar and other YouTubers were unhappy</a> with the vague nature of the new terms as well as multiple ways it could potentially be abused. Some commenters pointed out how a corporate model that diverts funds from users is just bad business in general but also pointed out that the new system could easily be hijacked. For instance, if you dislike a YouTuber what's to stop you from using hateful, abusive or racist speech against them, causing the Super Chat to stick at the top of the chat window and keeping any of the funds from reaching the YouTuber. YouTuber and video game streamer Ice Poseidon suggested that Keemstar boycott Super Chats by disabling Super Chats entirely.

“You could just disable Super Chat and force people to use streamlabs, easy fix to that and gives YouTube reason to fuck off with this change,” he said.

The Keemstar thread contained jokes aplenty about the possible identity of the charity being either Susan Wojcicki (CEO of YouTube) or Google itself (parent company of YT). That said, there doesn't seem to be any direct information on what charity or charities will be chosen. Considering the prevalence of charity abuse and tax fraud it wouldn't be too difficult for YouTube to at least turn this into a means of stealing from content creators based on their own whim answering only to their own ideas regarding what is acceptable all the while counting funds diverted to charity as a tax write-off. And that's at least a better scenario than the idea of funds going to some sort of massive fraud charity or NGO like Bono's ONE which we covered recently here at The Goldwater.

YouTube has been a battleground for some time now and the idea of a sort of "intellectual dark web" of evil right-wingers composed of the likes of Jordan Peterson and crew make for great headlines in the mainstream media. YouTube's automated algorithmic censorship is continually upping its game and already certain videos that express ideas YouTube deems "unacceptable" while still being within the technical limits of their Terms of Service are put in "limited state" which puts them behind a warning disclaimer before they can be viewed as well as disabling comments, suggested videos, likes and monetization.

Much has been made of YouTube purportedly "radicalizing" youth with right-wing views. As such the the so-called "intellectual dark web" is invoked referring to what <a href="https://datasociety.net/output/alternative-influence/">Data & Society calls the "Alternative Influence Network" (AIN)</a>. Data & Society warn of the slippery slope from mainstream conservatism and libertarianism to "overt white nationalism." <a href="https://datasociety.net/wp-content/uploads/2018/09/DS_Alternative_Influence.pdf">The AIN report from last month</a> is just one white paper in their "Media Manipulation Initiative" series.

The Data & Society Research Institute who helped fan the flames of fear against this "intellectual dark web," by the way, is funded in part by the Open Society Foundation, UNICEF, Center for Policing Equity and groups like Responsible Data Forum. Responsible Data Forum, in turn, is part of <a href="

https://www.theengineroom.org/who-funds-us/">The Engine Room which is also funded in part by the Open Society Foundation</a>. At the darker end of the spectrum is the possibility that one of these OSF front groups like Data and Society is colluding with YouTube in order to divert funds from "abusive" Super Chats to send them back to the possible originators of the plan.

Of course, this is purely speculation, but considering the fact that the actual identity of the charity in question remains shrouded in mystery until YouTube comes clean we can't be sure. It would be extremely disheartening, if not shocking, to think that these groups who had created boogeymen of fairly milquetoast types like Alex Jones, Sargon of Akkad and Jordan Peterson had as their next step a plan to continue funding their white papers to further influence public opinion and policy.

Move to diverse venues & It's time to go back to PO Boxes and Money Orders. Postal Service was initially setup to communicate under the radar of the British Empire.

That is literally theft. There has to be something that can be done about this.

And they call us the Nazi`s?

High treason to humanity I say.

Get them on crimes against humanity along with all the $ laundering & human trafficking bullshit.

The charity then is obviously Open Societies or some equally jewish group that gets a kickback.