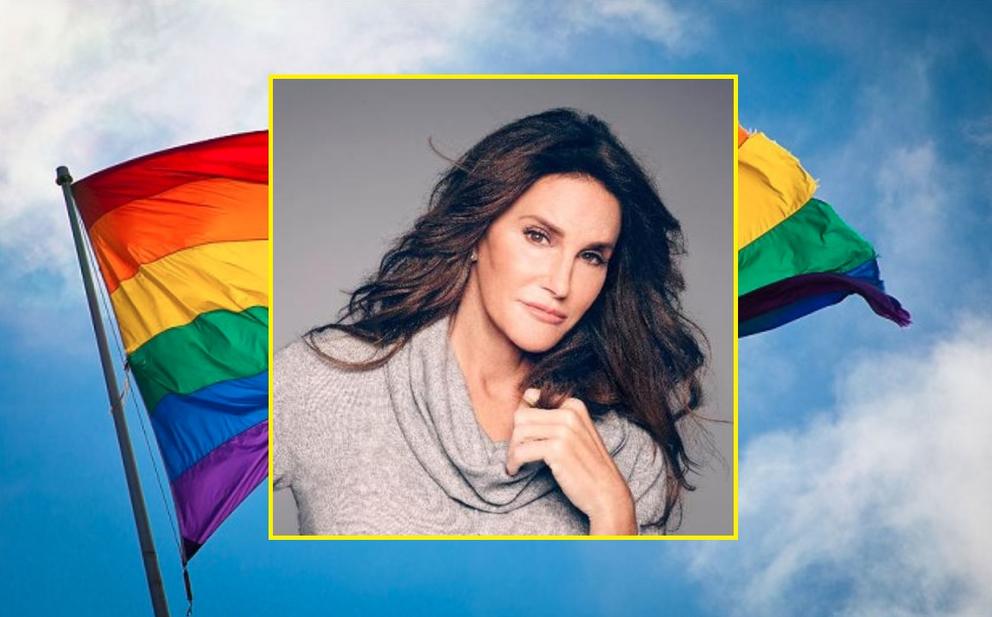 Once again, the former Olympic athlete Caitlyn Jenner has changed her stance on an important political issue. It's hard to take anything she says seriously since she revealed she was a "traditionalist" and was not on board with the idea of gay marriage despite transitioning into a woman. Jenner took a lot of heat after her comments about gay marriage from the LGBTQ community and she eventually flipped her stance and clarified that she is no longer against gay marriage.

Once again, the far-left has forced Jenner to stray from her Republican roots and publicly admit "I was wrong" about Trump. The transgender mega-star has now withdrawn her support for president Trump. Jenner's children, the Kardashian's, have been guests at the White House more than once since Trump took office. Most notably, Kim Kardashian's husband Kanye West was recently in the oval office talking with President Trump.

Jenner is a registered Republican and was surprisingly a vocal supporter of Donald Trump during his 2016 presidential campaign going as far as to write an op-ed in the Washington Post. Jenner recently back paddled on her support for the Republican president saying, "I believed I could work within the party and the Trump administration to shift the minds of those who most needed shifting. I made many trips to Washington to lobby and educate members of Congress, other Washington policymakers and powerful influencers."

When elaborating on her relationship with the president, the reality TV-star admitted her meetings with Trump were "generally positive" and "always led to encouraging conversations despite the criticism I received from segments of the LGBTQ community for engaging with this administration, I remained hopeful for positive change. Sadly I was wrong."

Jenner continued, "The leader of our nation has shown no regard for an already marginalized and struggling community. He has ignored our humanity. He has insulted our dignity. He has made trans people into political pawns as he whips up animus against us in an attempt to energize the most right-wing segment of his party, claiming his anti-transgender policies are meant to ‘protect the country.’ This is politics at its worst. It is unacceptable, it is upsetting, and it has deeply, personally hurt me."

Related coverage: <a href="http://thegoldwater.com/news/40541-Mathematicians-Who-Want-Tenure-At-UCLA-Must-Pledge-In-Writing-To-Diversity-Equity-and-Inclusivity">Mathematicians Who Want Tenure At UCLA Must Pledge In Writing To Diversity, Equity, & Inclusivity</a>

The latest NPC outrage mob is angry over a memo circulating in the Trump administration which proposed defining gender as based on biological sex at birth using genitalia as the biological marker. Seems like a pretty reasonable proposal to me but just the suggestion of the move has outraged the LGBTQ community and turned Jenner against Trump.

Metro Weekly wrote that the new definition would "effectively erase transgender, intersex, and gender-variant people from the federal government, and prevent them from accessing federal benefits or from being protected by anti-discrimination legislation." The publication went on to remind its readers about the bad orange man's attempt to "ban trans people from the military, remove protections for trans students, and other anti-transgender moves by the administration."

Jenner herself even went so far as to say that "the trans community is being relentlessly attacked by this president. Believing that I could work with Trump and his administration to support our community was a mistake." One thing is clear as sad as it may be, you can't exist in the entertainment industry in Hollywood or any California city without being pressured into being liberal and voting Democrat. When people like Jenner, or her new step-son for that matter, go against the grain they are bullied and pushed out.

Jenner's stepson, the rapper Kanye West, recently admitted that the real reason behind his mental health breakdown and subsequent hospitalization was the bullying and torment he faced from his own friends and family for supporting Trump. Jenner said in May, "I was hoping for a lot better than this, and I was somewhat optimistic and I thought this guy is going to be OK. He has totally, totally disappointed me."

Jenner's about-face has been stern and she recently told the publication "Broadly" that Trump "has been, for all LGBT issues, the worst president we have ever had." She went on to say, "I want him to know politically I am disappointed, obviously, I don’t want our community to go backward. Just leave us alone, that’s all we want. Then maybe later down the line, we can get somebody a little better."

The former Olympian even tweeted a meme to President Trump that said, "Trans People Won't Be Erased" nine times. But alas, even this was not enough and Jenner continues to receive backlash from NPCs and the LGBTQ community on social media.

OK it is time we create a NEW way of addressing Complete Transsexuals.

HE-SHE = From male to Female

SHE-HE = From female to Male .

This stupidity of encouraging these with mental health issues has got to stop. Pretend is a game best not played. Someone always gets hurt. Just because Jenner hates to play second fiddle to Khardashians is no reason to take one in the pooper!

The word is PERVERSION.

The name is Bruce Jenner I`ll give him a lyn on the end since he did have his doinker & balls wacked off.

Never have I, nor will I refer to him or any of his kind by anything but the original birth name with a female moniker on the end of. I mean they did after all undergo painful life altering surgery. So there ya go Brucelyn, I hope you found happiness in a males body with female parts installed.

So Brucelyn Jenner how does it feel, not to have any junk swinging down there? Are you still happy with your fabricated va J J ?