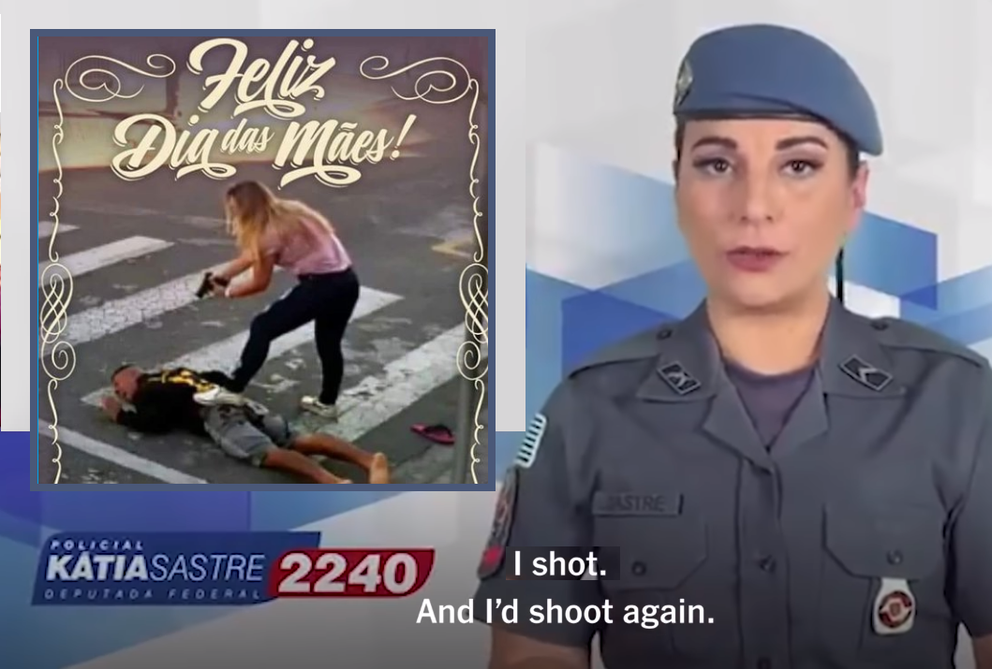 The worldwide mainstream media is still trying to put their head around the fact that Brazil has elected a former military captain as President and chose to install, what they call, a far-right figure.

In their ever growing quest to figure out the reasoning as to why this happened, the New York Times yesterday posted a long video about the insecurity in the country, and figured out that the fear of Mr Bolsonaro’s harsh past quotes (he has talked about gays, rape and torture in a demeaning manner in the past) was much smaller than the fear for a continued crime wave.

Whereas most of the MSM warned in the weeks before Mr Bolsonaro’s resounding victory that Brazil would descend into a military dictatorship again, they forgot the most important fact.

Yes, the Brazilian military junta killed hundreds of opponents and tortured many more, but that number pales in comparison to the 64,000 people who were killed on Brazil’s streets last year.

The great number of women that seem to have supported Mr Bolsonaro can also be explained by the story of Ms Katia da Silva Sastre.

The off-duty police officer had taken her daughter to a mother-daughter event at a local school in Sao Paolo in May of last year (see our related coverage). When a 21-year-old thug showed up as well with a gun planning on robbing everyone, Ms Sastre didn’t hesitate one second, she pulled out her gun and shot the man three times. He died.

The 42-year-old Military Policewoman Katia da Silva Sastre, standing in line with her 7-year-old daughter at the school gate like so many other mothers, became a national hero and an example for many women.

At the advice of consultants to Mr Bolsonaro, she ran for Congress and was elected by a landslide.

Interviewed by the New York Times (her portion is at 6.36) this week, she was asked whether she regrets using the shooting in her political campaign.

Setting the record straight, the newly elected Member of the Brazilian congress explained to them: “It’s a real thing, it’s what happens every day. Female voters that opposed Bolsonaro say it’s because of his machismo or because of his violence.”

“No, he is just giving us an opportunity to defend ourselves. Being able to defend yourself: I believe that is women’s empowerment.”

That woman has more stones than lil’ piggy Hogg! Good people with a gun and training STOP bad people from doing whatever it is they want.

woman's "rights" movements worldwide should champion the right of self-defense with a gun.