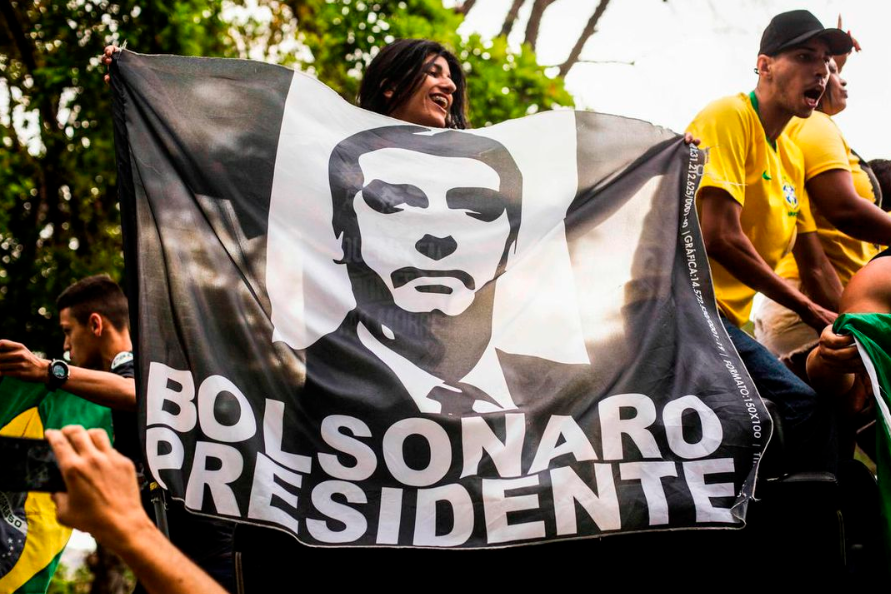 Six days before he was elected as Brazil’s new president, Mr Jair Bolsonaro had warned his political rivals that "ou vai para fora ou vai para a cadeia" (meaning either ‘they go overseas, or they go to jail’) as he promised his supporters the corrupt political rival class of the ruling leftwing Workers Party (PT) would be purged.

He has now followed up on that promise by appointing Mr. Sérgio Moro, the judge presiding over Brazil’s biggest corruption investigation, to head a so-called “super justice ministry” as part of his new government.

Mr. Moro welcomed his promotion to the justice minister and said in a brief statement: “The perspective of implementing a strong anti-corruption and anti-organized crime agenda, with respect for the constitution, the law and rights, led me to take this decision.”

“This means in practice to consolidate the advances against crime and corruption in recent years.”

Judge Moro is a local hero in Brazil (and internationally) as he led the so-called Car Wash investigation into corruption which was centered both on Brazil’s state-run oil company, Petrobras, and on building / engineering company Odebrecht.

Professor Matías Spektor, who teaches politics at the Getúlio Vargas Foundation in São Paulo, explained: “It means two things: one positive and one negative for those who care about corruption.”

“On the positive side, Bolsonaro is signaling he will try to fight the endemic corruption that has been a hallmark of Brazilian democracy. On the negative side, he is rewarding the judge who incarcerated his main opponent. Nobody will be able to claim Lava Jato is above politics anymore.”

President-elect Mr. Bolsonaro stated: “Federal court Judge Sérgio Moro has accepted our invitation to the Ministry of Justice and Public Security. His anti-corruption, anti-organized crime agenda, as well as respect for the constitution and the laws, will be our north!”

"ou vai para fora ou vai para a cadeia" (meaning either ‘they go overseas, or they go to jail’)

Sounds like something President Trump should be warning just prior to Mid-Terms.

Woot WOOT! Peeps in Brazil be like… "It`s a celebration…"

We couldn't be happier for you. Congratulations! Also great news your new president is coming up to work on some things with our great guy next week.

Great news! I believe Brazilians will be dancing to the flight & ARREST of the CROOKED politicians first. 8-)