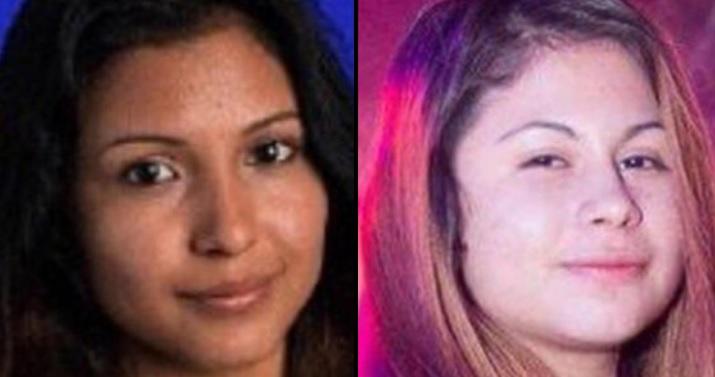 A story doesn't get much more brutal than in the case of 15-year-old Damaris Alexandra Reyes Riva's savage beating caught on video by cell phones. A woman has come forward and confessed to the brutal revenge slaying of the 15-year-old from Maryland. Venus Romero Iraheta is one of 10 young defendants convicted for their roles in the death of Riva. Rivas allegedly told her victim "You're going to remember me until the day we see each other in hell."

Reyes Rivas was killed and buried in her quinceanera dress on January 2017. Reyes Rivas' mother Maria Reyes attempted to speak on behalf of her stone-faced daughter in the court hearing Frida. Reyes said of Iraheta, "She destroyed my life." She then turned straight to the killer and told her that she knew her daughter was in heaven and not in hell like Iraheta said as she killed her.

"Hell will be lived by you, not by her," she said. Throughout the hearing, Iraheta sobbed and pleaded for mercy from the court. "I would give my life to bring her back. I am sorry. I am so sorry," Iraheta said.

Fairfax County Commonwealth's Attorney Ray Morrogh said the tears of the defendant struck him as "crocodile tears". News4 obtained a copy of a video of Iraheta confessing to stabbing and killing Reyes Rivas. Iraheta, now 18, is also thought to be responsible for the death of her boyfriend, Christian Sosa Rivas.

The investigator then asks the mysterious voice what did you do? To which Iraheta responds in English, "I killed her." She also claims to have stabbed Reyes Rivas about 13 times but Reyes Rivas' mother said should not believe her daughter was dead when her body was found by investigators.

"I couldn't believe it. I would tell them they were lying," Reyes said. "I was looking for her, and I looked for her for a long time, but I didn't want to find her dead." The violent killing was even recorded on cell phone video and was shown in court. Iraheta also claimed she sliced off the girl's tattoo according to her testimony.

"I remember that before stabbing her, Jose Torres told me to cut her tattoo off," she said. Reyes Rivas revealed that she left her home in Gaithersburg, Maryland because of local gang members showing up at her mother's house. January 8, 2017, Iraheta and nine other young people took Reyes Rivas to an area near Lake Accotnik Park.

The proceeded to beat and interrogate her about the death of Christian Sosa Rivas, whose body was found January 12 along the Potomac River in Dumfries, Virginia. The group recorded what they saw and sent it to MS-13 leaders in El Salvador with hopes of being promoted in the gang. It's kind of like a trophy they take," he said. "They show it off to the other gang members."

Investigators say it was Iraheta who was bent on revenge and wanted to inflict fatal wounds herself. FBI agents eventually questioned Iraheta after her first arrest testified that Iraheta blamed Reyes Rivas for luring her boyfriend to his death.

Reyes later said in court, "My life is no life without my little girl. My girl is always on my mind, all the time. All the time, I remember what this young girl did to my daughter."

40 years is BS. They need to bring back the damn death penalty. Take a life, lose YOUR life!!! That's real justice!!!