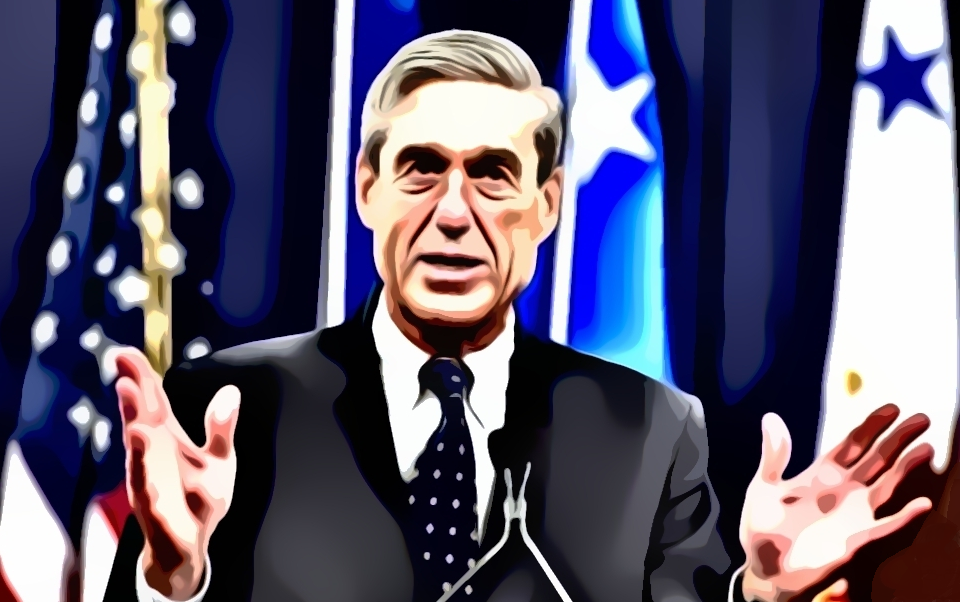 The highest-ranking Trump employee who agreed a plea deal with special counsel Robert Mueller has gotten himself into further trouble. Former campaign manager Paul Manafort has, according to Mr Mueller, failed to comply with his settlement agreement by lying in front of the FBI.

It is not yet clear what 69-year-old Mr Manafort has lied about in recent months. But the fact that Mr Mueller, who investigates the alleged collusion of the Trump campaign with Russia, likely loses a prominent witness, could be very good news for the US President.

The Mueller Witch Hunt is a total disgrace. They are looking at supposedly stolen Crooked Hillary Clinton Emails (even though they don’t want to look at the DNC Server), but have no interest in the Emails that Hillary DELETED & acid washed AFTER getting a Congressional Subpoena!


Reportedly, the special prosecutor is in the final phase of the investigation. It may be completed in the coming months. Last week, it was announced that President Trump answered written questions from Mueller and his team. The president, however, refuses to be questioned in person by the special prosecutor.

The disappearance of Manafort as an important witness now opens the door for Trump's lawyers to further portray Mr Mueller and the Russia investigation as unreliable. Without mentioning Manafort, Trump immediately opened the attack on Mueller on Tuesday. "The witch hunt that has now cost thirty million dollars goes on and on," the President stated, "The only thing that has produced it, are lives that have been destroyed."


On the other hand, the president should not cheer too soon, because Manafort may have already told the special prosecutor’s team about that have subsequently been confirmed by other sources.

Manafort led Trump's election campaign in 2016 for a few months. He was indicted by the special prosecutor last year, along with several other campaign employees. Manafort chose to agree to a plea deal.
A month before he had been found guilty of, among other things, tax and bank fraud, further criminal offenses came to light during Mueller's investigation. In exchange for his cooperation, Manafort prevented a second lawsuit against him for money laundering.

The former Trump employee committed these offenses long before 2016 when he worked as a lobbyist for pro-Russian politicians in Ukraine. Some of the 70 million dollars he earned between 2010 and 2014, were transferred to foreign accounts.

The other Trump employees who decided to cooperate with the investigation also did this after they had been caught for criminal offenses from their own past or for lying to the FBI (or members of Mueller’s team). Thus far however, none of the former Trump campaign employees have been sued by the special prosecutor for collusion with Moscow to win the 2016 presidential election.

The possible exclusion of Manafort as a witness in the investigation was revealed on Monday in an indictment of the special prosecutor.

According to Mueller, Mr Manafort lied about 'various things,' a claim the latter denies.

The end of the plea deal may mean that the former campaign manager ends up behind bars for at least ten years.
Manafort is now in jail because he violated the conditions of his house arrest earlier this year. According to Mueller, he tried to approach another witness. Trump’s lawyer Rudy Giuliani immediately made use of Mueller's apparent conflict to use Manafort’s previous statements.

According to Giuliani, the former mayor of New York, the end of the settlement shows that the special prosecutor is trying to get information ‘at any cost.’


“Is it conceivable that [Manafort] and Jerome Corsi, who is saying Mueller’s people are pressuring him to lie, are telling the truth and the special counsel in their zeal to get the president may be going too far,” Giuliani said.
The bickering between Mueller and Manafort, according to some experts, increases the likelihood that the former campaign chief will be kept out of prison by the president.

Both Giuliani and Trump have not ruled out that Manafort could receive a presidential pardon if he is convicted. It is furthermore striking that the President never attacked Manafort ever since he was charged, even after he agreed to a plea deal with Mueller.

when dots do link on a consultation level combo-ed with the a -sssss of dog matterial O haych land..eve ven yah all should have the tit les and bouncer balls to formulate ... notation to the youth and young journalist many older ones will on /or by~ yet the saddle for a ride is awaiting ...really you all ...which will be stuck with each other...... no ,matter what anyones bosses care... dig but become . and the bitch of itall was .why fairness for all disappeared and when did society forget the between youth and first time parents . did society loose so much... what really are laws/ you few behind scenes do deserve a lot better.. and some know exactly of a game which is not a game... learn you players learn your history for truth =note the books of apparent religions.. yet you all have minds before ai and higly advance =science daily [dot] !!! the com. take over // don't become the pawns.~ sorry steve/ and eve!+more!! noted long back+benny of azie ../ was outright inyour faces slaughter as 9 11 WAS !!! ,look back x keyscore whom /constitutional lawyer with whom and whom to add factors and on top of the others and countries that did... some day whatever any country is to any population ... there will be always some form of control .. the guardian dot a calm~! and whom glenn greenwald ... those tiger, marines army air etc.. (if I = ME ! can see this far ahead!!! of the chess gamerrrrrr. then the mart of apparent law will be more than a little boo ......joe pub~ has not got the graps.. and joe pub are many.... those finding more .... ! there is no difference than those that already were going to destroy populations... /i 've know about the real aliens along time.. and yes there is a control grab of that side of things.. but there are so many twists and turns living on earth with highly developed objects . i am not sure if someone has the ~ hum ~/ choice of words .eh~? looking glass future.. but from here .. they are all the same. ~ human nature but souls do live on... perhaps someday some creator will meld into some form of wonderful bliss for its self... share with a Q uick one. duh tea and buds. not wiser .

Hey en ie, your meds are in overdrive! When expressing and opinion, think coherence and clarity. Dumbo’s ( ! ) cannot fix the iffling pin on the mumbling shaft even if he had a plexiglass navel.

"Mr Mueller, who investigates the alleged collusion of the Trump campaign with Russia, likely loses a prominent witness, could be very good news for the US President"? What a crock! In two years, Mueller's produced not a shred of evidence against Trump. It's unlikely Paul Manafort was "witness" to anything that'd change that.

The first commenter IE must be illiterate and should go back to kindergarten. Why doesn't President Trump just fire Mueller, he is a disgrace at this point. He should be arrested and sent to Guantanamo bay. No decent American would blame the president for canning Mueller. If Mueller was decent which he is not, he would go after the Clinton cartel and Obama and leave the president alone to take care of the problems concerning our country. Trump should have fired that jerk long ago, this is ridiculous!