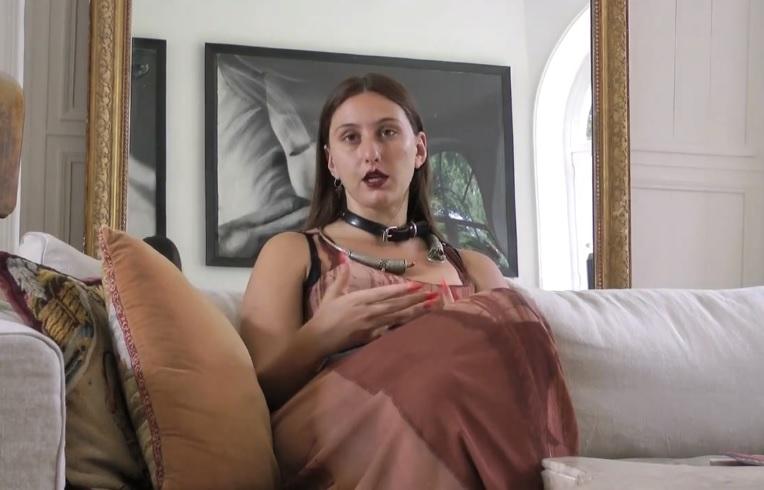 Women in the World reported on a growing wave of "sex-positive feminists" who are working to bring what they call a "pleasure revolution". This new revolution would bring about a period, pardon the pun, of time when women's sexuality is embraced instead of stigmatized.

Female sexuality is certainly suppressed in some cultures more than others. In Europe, for example, they are very open about sex, meanwhile, in Islam-dominated countries, women are suppressed and virtually slaves to their husbands by law. One advocate for the pleasure revolution is an author and feminist named Stephanie Theobold who claims the revolution is "about women asserting their own pleasure."

I mean, I guess I'm with her so far, what's wrong with women asserting their own pleasure, after all, you'd be hard pressed to find any men these days who would complain about that. Things get weird when Theobold describes the female pleasure revolution as the opposite answer to the "men imposing their pleasure on women" such as in the cases highlighted by the #MeToo movement.

There is nearly 10 times the number of men are incarcerated then females, more men die in wars, men do worse in school than women, men do more dangerous jobs and are more likely to be homeless. This idea that somehow the patriarchy is the root of all female problems is based on a false predication. The reality is that only a few small, and I mean small, amount of men actually have power. The vast, vast majority of normal, everyday men work dangerous, underpaid jobs, and are just as poor as the other half of the sexes. Who woman like this are truly upset with are the one percent, not all 50 percent of the rest of human beings.

Maybury claims to be of a "mixed-race" background, (congratulations, all people are, there is no such thing as a purebred, especially in America) and goes by the name of Mistress Rebecca. She goes on to say she had "always been fascinated by sex and notions of shame around sexuality", especially when it comes to fetishes.

Maybury explains, "I find it ridiculous how secretive people are about fetishes because everybody has them. Some are just more extreme than others. For most people fetishes are quite subtle and sensitive." She claims the majority of her clientele are white, right-wing men because she finds herself unable "to be even fictionally cruel to any other type of man" and that these men have a fetish for serving a powerful woman. Maybury admits she gets her own pleasure from forcing those men to become left-wing using sex.

Related coverage: Netherlands - Man Goes To Hospital After Stuffing 15 Eggs Up His Butt

If you are interested in watching an interview with Maybury you can view a video below.

This degenerate is the reason are colleges and universities are falling apart. She seems to have an identity crisis. She appears to hate God and men because God gave man authority over woman. She is incapable of love and looks at relationships in a physical perspective only. The correct way to understand the relationship between a man and a woman is as follows. Men and women are equal but have different roles. The woman is the weaker vessel and needs to be protected by the man. The man goes to work to provide for the woman and the woman bears children and takes care of the family. The man and the woman love each other because God commanded them to. They also love each other because of physical attraction and racial purity. A man and a woman were never meant to have sex outside of marriage and without love. God said woman obey your husband and men love your wife. If the man loves his wife he will not use his physical power over her, and if a woman loves her husband she will obey her husband. Marriage requires mutual respect and trust between a man and a woman. Anything else is a perversion. It should be understood that behind every great man is a good wife. Unfortunately women have abandoned God and man and have become sodomites and degenerates. This has destroyed the man's self image thus turning him into a very stupid bum who has given up. These are the men attending our colleges and universities today. It should be noted that when men and women engaged in relationships through marriage as God intended Rape was non existent. Woman were never abused and divorce did not exist. Satan of course did not like this arrangement therefore he created wicked woman such as Theobold freak to destroy the family.

Whores are not nice or decent people. Surburban betas fall for their bullshit due to (((media))) conditioning. Fight the matriarchy

Men are overwhelmingly in the leadership positions in society. These socialist believes the reason for this is because men have been oppressing women throughout history i.e. this power imbalance is a cultural construct and that when you change the culture, you can change the power imbalance.

She's totally wrong about this premise. The reason for the power imbalance is biological and also caused by evolutionary psychology. It is a fact that men are hardwired in their very DNA to take control of their tribe, to discipline their children and women for the sake of ensuring the survival of the offspring into adulthood.