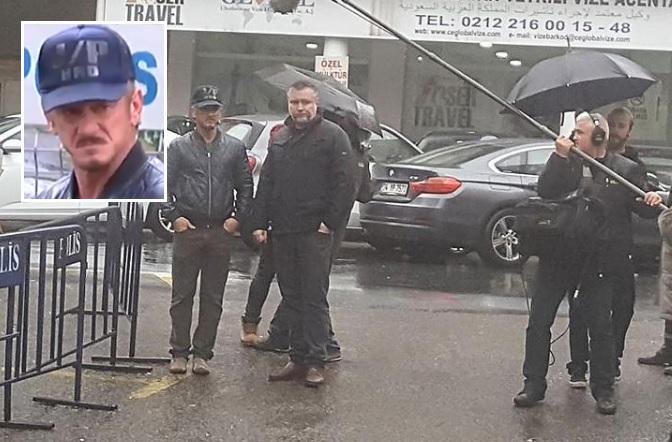 Usually, when a harrowing, real-life political drama occurs, it is a while before it is ever adapted into a film. This is not the case for the tragic assassination of Saudi-born journalist Jamal Khashoggi who was killed October 2, 2018. Exactly two months after the journalist's death, Sean Penn arrived in Istanbul and was seen outside the Saudi consulate which is where Khashoggi was assassinated, to begin production on a documentary about Khashoggi's assassination.


Khashoggi was an accomplished journalist and well-known critic of the Saudi Crown Prince Mohammed bin Salman who is accused of sanctioning the hit. There have been conflicting narratives surrounding Khashoggi with some saying he is a hero but others saying otherwise. The Crown Prince allegedly ordered a group of 15 assassins to carry out the murder which they carried out when Khashoggi arrived at the Saudi consulate to retrieve documents.

The poor man was suffocated with a bag, as proven by an audio recording of the entire murder. His last words were, "I'm suffocating". After he was suffocated, Khashoggi's body was dismembered using bone saws the group of killers brought with them. He was then snuck out of the consulate in suitcases and a body double was used to make it appear as if he had left the consulate on surveillance footage.

The brutality of the murder sent shockwaves around the world and prompted a massive push for President Trump to punish the Crown Prince with sanctions. World leaders and members of the U.S. Senate are putting the blame on the Crown Prince and it seems that Penn is wasting no time in getting the incredible story memorialized in a film which will no doubt be banned in Saudi Arabia.

The Sabah news outlet reported that Penn was expected to meet with Khashoggi's fiancee Hatice Cengiz on Wednesday. Penn was accompanied by an entourage of 10 people including bodyguards, a film crew, and production team. The authorities in Turkey have slowly released more and more details surrounding the assassination.

At first, they denied it took place, but they later revised their statement to admit that he was indeed killed at the embassy after a report came out that a recording of the entire murder existed and been verified. Ever since they have been slowly releasing more gruesome details of Khashoggi's assassination which took a total of seven minutes, according to officials who have reviewed the audio. The CIA conducted their own investigation and concluded that Mohammed bin Salman sanctioned the hit.

Turkish President Recep Tayyip Erdogan vowed that justice would be carried out and Penn is expected to meet with government officials as part of the process of getting the film approved. Naturally, word of Penn's presence and next film plans reached Saudi Arabia and the state's media has been quick to fire back with propaganda. Turkey was reluctant to admit they had audio of the murder because secret recording inside embassies is not allowed and revealing the recording could expose their spy methods.

Related coverage: Will Trump Save Or Condemn Saudi Crown Prince?


The state media website Al Arabiya covered Penn's arrival in Istanbul in an article called, "Is Muslim Brotherhood using Sean Penn again, this time on a Khashoggi film?" Al Arabiya cites blogs on Wordpress as evidence to link Penn to the Islamist group. The article said, "Penn is very pro-refugee, which is aligned to the 'demographic Jihad' promoted by the Muslim Brotherhood, according to wordpress.com".

Sean Penn has been known for his acting and has won two Academy Awards, but that isn't all he is known for, Penn is also a political activist. He has become known for having relationships with controversial political figures, many of whom are deemed as enemies of the U.S. such as Mexican drug lord El Chapo who Penn took a photo with shortly before his arrest and subsequent escape from prison.

Seriously, who gives a shit. Why don't he do something that matters, like making a documentary of the yellow jackets. Oh... because that's the wrong side of the mafia cabal fence, huh? F****NG jagoff!!!