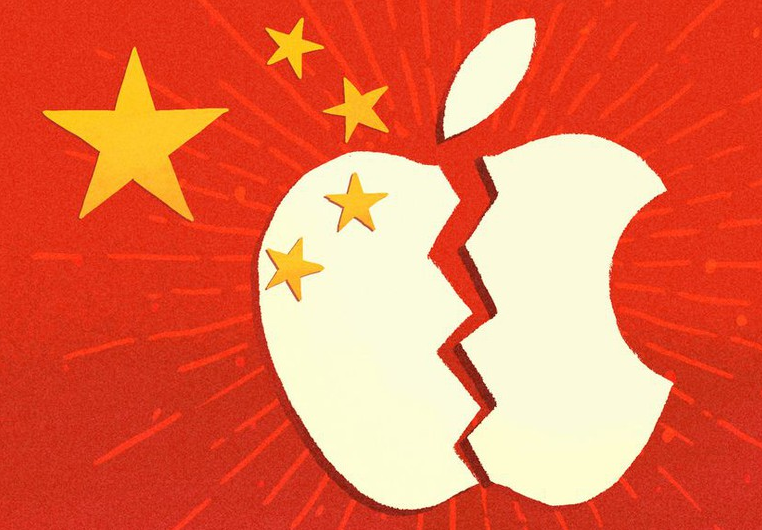 It is quite clear how the Chinese state run media is interpreting the injunction applied by a local Chinese judge blocking the future sales of most Apple iPhones on its soil.

Although the ruling could be seen as being simply in favor of Qualcomm in an ongoing intellectual property dispute, the Chinese media believe that the Beijing rulers have decided to punish the Silicon Valley company for the arrest of Huawei CFO, Ms Meng Wanzhou, in Canada.

The Global Times, the official Chinese newspaper which translates the Communist Party’s guidelines into easy reading, said in an editorial today that "some Western countries are resorting to political means to resist Huawei's attempts to enter into their markets. Failure to provide reciprocal opening-up means their companies won't get any benefits from China's digital economy.”

A Chinese court decided has thus decided that some of the older iPhones can no longer be sold in the country. The phones are said to be violating two patents from chip-manufacturer Qualcomm.

Intellectual property lawyers argue, however, that maintaining the ban is likely another threat of the future technology war which is due to rage between the two superpowers.

The case was filed by Qualcomm and is part of a dispute between the two American companies about patents. That quarrel now consists of dozens of lawsuits.

In this case, Qualcomm now states that the court has ruled that Apple infringes two patents and that the sale of older iPhones is immediately prohibited in China, a major sales market for Apple.

The ruling concerns models from the 6S to the iPhone X. Apple itself is keen to stress that the three newest models, launched only in September, are not part of the ruling.

The patents concerned speak of functions for scaling photos and managing apps on a touch screen of any phone.

This does not mean, however, that all Apple phones have now already been removed from the Chinese market.

Apple even states that all smartphone models in China remain in stores for the time being. It also submitted a request to the court to reconsider the judgment. That is the first step in a long process of appeal that can end with the Chinese Supreme Court.

It is however clear that China could block Apple completely if it wanted to.

Although the #Qualcomm-Apple case has nothing to do with the arrest of #Huawei's #MengWanzhou in Canada, the Chinese court banned some #iPhone products in China to show "we're capable of exerting some pressure on US tech giants as well." https://t.co/GoeJrIkmMJ pic.twitter.com/iK2jYAO3ax


"Qualcomm's attempts to ban our products is a new desperate move by a company whose illegal practices are being investigated by regulators around the world," said Apple. If the ban continues, it will have big consequences for Apple. China, Hong Kong and Taiwan are the third largest market for the company, accounting for a fifth of the $ 265.6 billion in last year's sales.

If China executes on its threat of tit for tat in case of the Huawei CFO and bans US technology products in return, the US economy could be in for quite a drop.

I thought the I phone was made in China, so all companies can expect the kind of behavior from that regime... If I had products "made in China" I might be RETHINKING my decision to have anything made there.

China banning Apple is a win win for the US. This can only serve to expedite the US manufacture of Apple products, or another cheap 3rd world country I guess?

What dimension is this chess on?