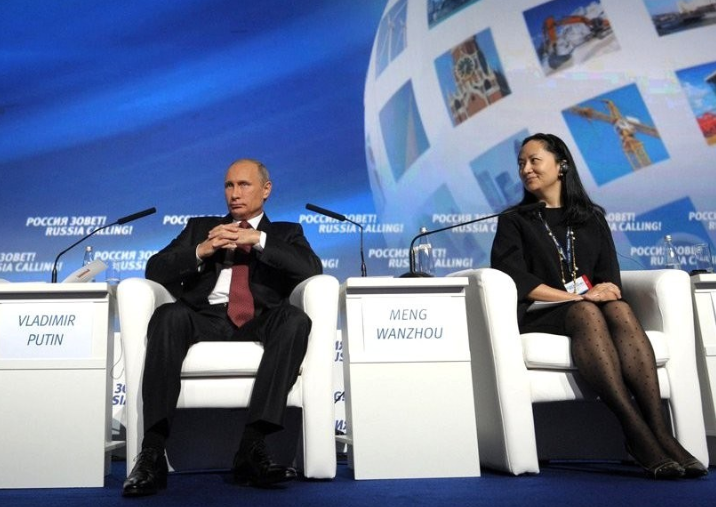 A former Canadian diplomat has been detained for unknown reasons in China. That is what his current employer and two other sources say. The arrest of ex-diplomat Michael Kovrig comes shortly after the arrest of Huawei CFO Ms Meng Wanzhou in Canada.

It is not clear whether the two issues are related. China is angry about the arrest of the business woman in Canada. International observers had feared reprisals from Beijing and some US businesses had even advised their executives not to travel to China unless absolutely necessary.

Mr Kovrig works for the International Crisis Group, a non-profit organization that, among other things, conducts research into conflicts. He is an important advisor for North-East Asia within that group.

A government official said that Canada is aware that one of their citizens has been arrested in China. The public security minister said to be "deeply concerned" about the issue.

According to the minister, the country has conveyed its concerns about this to the Chinese authorities. Canada says it has no indication that the arrest has anything to do with the Huawei case.

Canadian Prime Minister Justin Trudeau confirmed that his government was taking the "the situation of a Canadian detained in China" very seriously and had been in direct contact with Chinese diplomats.

Ms Meng Wanzhou, the chief financial officer of Chinese telecoms equipment giant Huawei, has in the meantime been granted a $7.5m bail by a judge in Vancouver as she is thought to not be a flight risk, given that her family is settled and her children all attend school in the city.

Ms Wanzhou is still awaiting a hearing on a possible extradition to the US.

BREAKING Justice Ehrcke is satisfied with the terms Meng Wanzhou’s lawyer is proposing for her bail. The Huawei CFO will be released from custody and live at her Vancouver home under 24/7 in-person and electronic surveillance, while she awaits extradition hearings. pic.twitter.com/5b7ZadD0jp

US president Donald Trump said he plans to intervene in the case if it serves national security, or in his words, if it was "good for this country."

“If I think it’s good for what will be certainly the largest trade deal ever made – which is a very important thing – what’s good for national security – I would certainly intervene if I thought it was necessary.”

Huawei, the Chinese telecom giant, stated in a reaction that they “have every confidence that the Canadian and US legal systems will reach a just conclusion in the following proceedings.”

“As we have stressed all along, Huawei complies with all applicable laws and regulations in the countries and regions where we operate, including export control and sanction laws of the UN, US, and EU. We look forward to a timely resolution of this matter.”

Australia has barred her from their country, so why don't we just ban her from the USA and let her go home? Get this issue over with! If Canada has a legal issue with her that's their business, but we need to stay out of it–We have enough problems.

Think "Roller Ball" Corporate Wars.
Where nations have gone bankrupt and have been replaced by the 6 multinational monopolies dividing control between: Transport, Food, Internet/Communications, Housing, The Elite/Rich, and Energy.

Here we have a extremely wealthy family in Social-Capitalist China pulling strings and telling the government what to do.

Nankin .... I think the reason is her company was selling to the Islamic Terrorist state of Iran violating the embargo. Thus helping terrorism.

What was involved?
Huawei Technologies used a Hong Kong Shell company to sell US cutting edge Computer Technologies to Iran.