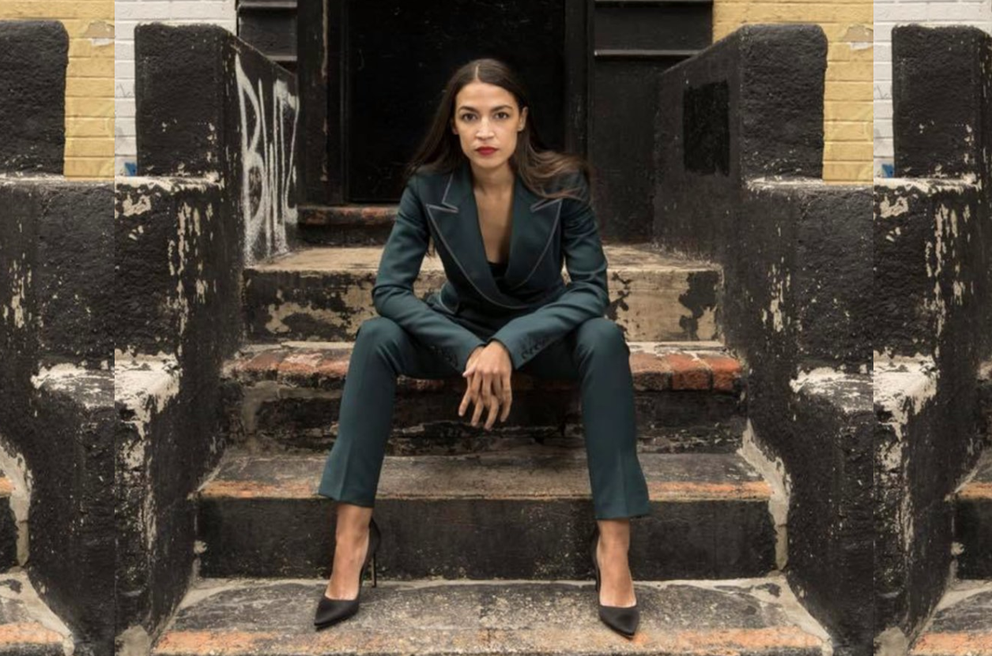 Alexandria Ocasio-Cortez is without any doubt the rising star of progressive America. Although Beto O’Rourke may be the man to watch out for the 2020 primaries, it is Ocasio-Cortez who gets under the skin of conservative America easiest (together with Congresswoman-elect Ilhan Omar of course).

And Miss Ocasio-Cortez knows the effect she has on the conservative base. In the past few days, anyone caught attacking her received a razor-sharp answer. Earlier this week, the youngest woman in Congress was really fed up with the criticism of her clothes, her proposals or lack of experience.

In Queens, it’s a block-by-block battle between Amazon, one of the world’s most powerful companies, and a grassroots network that fueled @Ocasio2018https://t.co/rUSKM8pfoU

The young representative from New York, who gladly labels herself a 'socialist', was angry. She pointed out to her 1.5 million twitter followers that current Republican leader Paul Ryan, a man, was treated differently when entering Congress, stating: "Double standards are Paul Ryan being elected at 28 and immediately being given the benefit of his ill-considered policies considered genius; and me winning a primary at 28 to immediately be treated with suspicion & scrutinized, down to my clothing, of being a fraud."

She accompanied her tweet together with a Vox article entitled "Paul Ryan's Long Con," which of course given the biased politics of the Vox website were an easy target for her critics.

Related coverage: Democrat Ilhan Omar On Hijabs In US Congress: “It’s Important For The Law To Be Changed”.

A few days earlier, the Democrat from New York had gotten into a Twitter fight with Donald Jr., son of President Trump. Donald Jr. had tagged her proposed solutions to America's economic problems as "socialist.” To that respect, she answered: “I have noticed that Junior here has a habit of posting nonsense about me whenever the Mueller investigation heats up. Please, keep it coming Jr - it’s definitely a “very, very large brain” idea to troll a member of a body that will have subpoena power in a month. Have fun!”

Ocasio-Cortez has yet to be sworn in, but one thing is already certain: the debates in the House will certainly not be boring.

For the Republicans, it is clear that higher taxes and (impossible to execute) progressive plans will only lead to higher state spending and therefore have to be fought.

Miss Ocasio-Cortez wants to raise the minimum wage, free higher education and introduce affordable healthcare. In order to set an example, she promised to pay her trainees at least $ 15 per hour when she starts in Washington in January.

The New York Democrat is one of the new stars of the party which leader Pelosi will have to keep in check. Young Miss Ocasio-Cortez is being praised because she has such a large social media following, especially on Twitter and Instagram.

Conway rips into Ocasio-Cortez: A 29-year-old who "doesn’t seem to know much about anything" https://t.co/Br7uLSY5JA pic.twitter.com/kkySayI72i

On both channels she now has more followers on her own than all 66 newly elected Congressmen together.
Just last month, she went into full attack mode against a journalist from the conservative weekly Washington Examiner, after she had attended Congress for the first time shortly after the elections.

In two hours of circulating through GOP gatherings at Trump Hotel this evening, the big preoccupation wasn't Trump, Pelosi or Schumer - it was @Ocasio2018

Reporter Eddie Scarry had posted a picture of the young Democrat taken from behind, stating: "I will tell you, that jacket and jacket do not indicate that this is a woman who has a hard time", according to Scarry, referring to the less luxurious life in the New York district of The Bronx of Ocasio-Cortez.

One thing is for certain, it won’t be dull in Congress next year.

This is what a joke our voting system has become.

because he had and used his brain unlike her

YES A LARGE FOLLOWING OF LEECHES WHO LOOK TO SUCK OFF OF THE WORKING MAN AND THE MONEY HE EARNS BY WORKING FOR WHAT HE GETS. THE WORKING MAN ISNT GETTING JACK SHIT FOR FREE. NO ONE ELSE SHOULD EITHER. IF ITS NOT WORTH WORKING FOR THEN YOU DONT DESERVE IT. AMERICA WAS FOUNDED ON WORK ETHICS. BUT TODAY THE LEECHES WHO STEAL THE WORKING MAN'S MONEY THINK THEY ARE ENTITLED TO WHAT THEY ARE TO LAZY TO GET THEMSELVES. BESIDES THAT... ITS JUST A MASK FOR THE POLITICIANS TO SKIM THE BOOTY AND CREATE SLUSH FUNDS FOR THEIR VILE GREED. CASIO'S REMARKS REVEAL HER COMMUNIST, POWER-MONGERING INSTINCTS AND ALL VOTERS SHOULD TAKE NOTE. AFTERALL. IT IS TRUE... WE DONT WANT TO EAT OUR DOGS... DO WE? THESE PEOPLE ARE MENTALLY ILL!!!

SHE SHOULD HAVE CHOSEN A MODELING CAREER. THEY LIKE STARVING THEMSELVES.

Wow! She’s man-splaining in the top picture. Too bad she is not leaning back in shorty shorts. You definitely would need a bag for the horsey face, but if I was single...iwould take one for the team. Hell if it wasn’t for her middle finger, she’d be a virgin.

NICE MORALS. YOUR WHATS WRONG WITH MEN IN THE WORLD. LEAD AROUND BY YOUR DICK. PATHETIC DOGS.