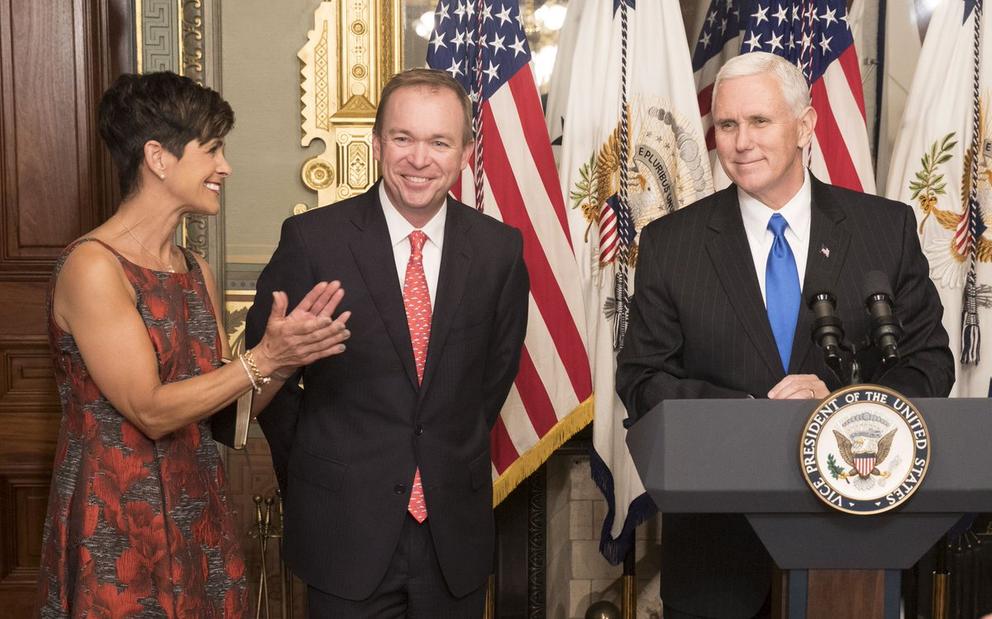 President Trump has made his decision on his new Chief of Staff, and his base is proud to see that anti-Globalist pro-lifer Mick Mulvaney will be taking the position.

I am pleased to announce that Mick Mulvaney, Director of the Office of Management & Budget, will be named Acting White House Chief of Staff, replacing General John Kelly, who has served our Country with distinction. Mick has done an outstanding job while in the Administration....


....I look forward to working with him in this new capacity as we continue to MAKE AMERICA GREAT AGAIN! John will be staying until the end of the year. He is a GREAT PATRIOT and I want to personally thank him for his service!


There was controversy yesterday after the Huffington Post spread a rumor that Jared Kushner would be the next Chief of Staff, which we covered at The Goldwater yesterday.

Thankfully, that rumor is incorrect.

Current Chief of Staff John Kelly is on his way out, amidst praise from the President for his loyal service.

Just days after Trump announced that John Kelly would be leaving his post as White House chief of staff, the president confirmed that Mick Mulvaney will replace him. Mulvaney is currently the director of the Office of Management and Budget.https://t.co/T8tleZnOKw


Mick Mulvaney currently serves the Office of Management and Budget as their director, bringing with him experience in a fast-paced environment of bureaucracy.

President Trump has selected a choice that's certain to infuriate the Democratic Party’s bastion of elite Marxists since Mulvaney had made numerous statements blasting abortion and globalist policies.

Mulvaney has said on repeated occasions that he believes abortion should be illegal in America and having previously voted to defund Planned Parenthood is only icing on the cake.

As of the time of this writing, the number of abortions globally by Planned Parenthood since 1970 sits at 8,303,816. That's over 8 million babies murdered by the ferocious organization.

Over 18 million African-American babies have been aborted in total since 1973, which shows that “minorities” actually harm their own growth by supporting organizations such as Planned Parenthood.

In closing, we have to recognize that 2,167 babies were aborted just today alone in the United States of America.

Great decision by President Trump to select Mick Mulvaney as his new Acting Chief of Staff.

Mick is a great combination of policy smarts and political savvy.

I have every confidence he’ll do great a job! https://t.co/6Msrat5Vdn


Mulvaney’s decisive support for pro-life policies is something he should be honored for.

Abortion is murder, regardless of the wordplay liberals use to justify the senseless killing of an unborn child.

Later, Mulvaney would come under fire for calling Republican financial backer Gary Cohn a “globalist,” in which mainstream media outlets such as Salon and The Week called him an “anti-semite” for using the term “globalist.”

The efforts to paint everyone they disagree as a bigot, racist, or anti-semitic American has backfired greatly on the social justice culture, proven again with Mulvaney’s promotion.

It's not as if Mulvaney was incorrect in his assertions about Gary Cohn, who has a long history of promoting the ideals of an America without borders.

Finally, President Trump has a Chief of Staff who stands in solidarity with traditional values and nationalism, two iconic centerpieces of the Trump campaign platform for victory.

Unafraid to call it as he sees it, Mulvaney brings with his high hopes of Trump's integral focus for America being placed on the mantle again, driven by “America First” policies that protect the working class, and do justice in God's eyes.

According to outlets like The Atlantic, even using the term “globalist” is an “anti-semitic slur,” which is essentially the new way that Marxists prevent themselves from being criticized: simply call their opponent a racist.

With the endless criticism of those who put the interests of both foreign invaders and foreign governments becoming the social norm, there's nothing out of touch about Mulvaney.

He seems to be on par with what's right for America, and will likely drive the Trump Administration into unchartered waters, along with the lines that the President's supporters will gladly follow.

This was an excellent choice. Good luck Mulvaney. 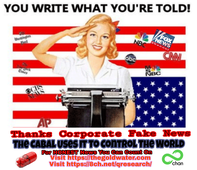 Good move, sharp as they come.