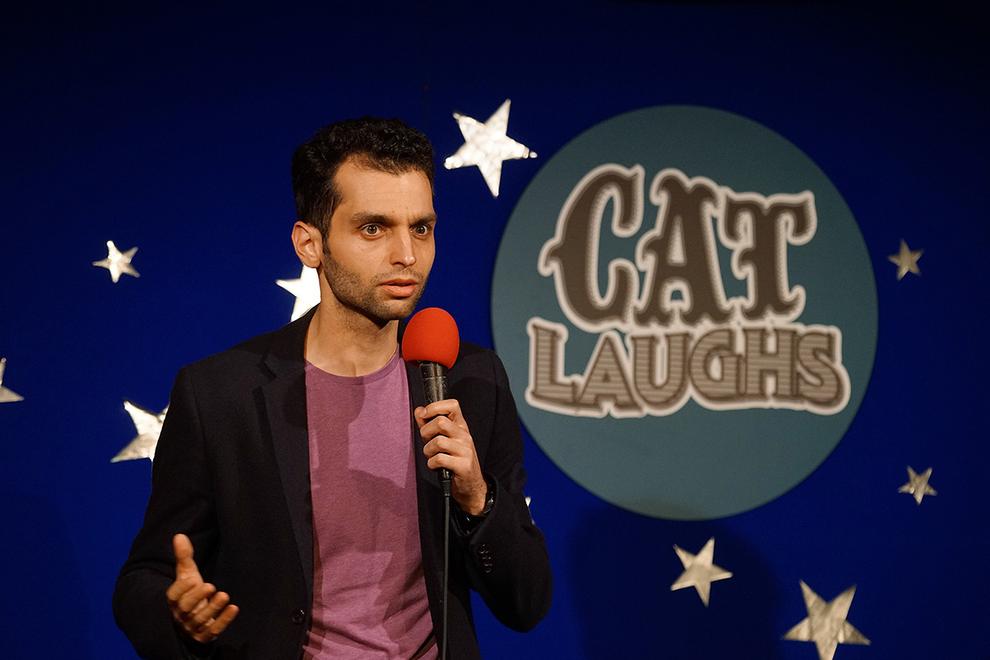 Comedian Konstantin Kisin made global headlines when he mocked the "behavioural agreement form" he declined to sign as a prerequisite for performing a Comedy Night for The School of Oriental and African Studies at the University of London. The gig itself was an unpaid event with proceeds going to charity, but Kisin bowed out due to the ridiculous strictures he was going to be forced to work within.


The "Behavioural Agreement" contract warned that University of London's SOAS show aimed "to provide a safe space for everyone" in "an environment where joy, love and acceptance is reciprocated by all." To make sure of that the contract denoted your agreement to the no tolerance policy in regards to racism, sexism, classism, ageism, ableism, homophobia, biphobia, transphobia, xenophobia, Islamophobia or anti-religion or anti-atheism.

Phew, hope we got that all in there. The Russian-born comedian tweeted a copy of the contract explaining that the (somewhat Orwellian) Behavioural Agreement form "nearly made [him] puke."

I just received an invitation to perform *comedy* at a university...

The title of this "contract" nearly made me puke. @UnleashedComedy pic.twitter.com/4tUPCFwTLG


Worse Than Bruno? Sacha Baron Cohen's Steady Decline Continues With "Who Is America?"

He recently spoke with UK paper, The Sun, about the ordeal, "The American comedian George Carlin once said, 'It’s the duty of the comedian to find out where the line is drawn and cross it deliberately.'

"I could not agree more. A comedian’s job is to be funny."

That said, he certainly scored some laughs just reading through the contract at a recent gig.

The concern regarding what political correctness may do to comedy is shared by many humorists from the right and left of center. Even Jerry Seinfeld said years ago he wouldn't do any more college shows because of "safe space" culture.

Norm MacDonald, who had to make a public apology on The View recently for "crossing the line" pointed out the damage PC does to comedy. "It’s way less funny. Other than that it being not as funny, it’s wonderful. It doesn’t hurt anyone’s feelings anymore, but virtually no one laughs. So it’s a tradeoff." Norm blames the "tiny group of people" who have ruined it for most of the audience at a comedy show who are just seeking enjoyment and escapism. “I cater my performance to a tiny group of people that hate me.”

The View apology was actually prompted by an attempt to walk back a previous statement regarding the #MeToo movement. Norm said he was glad things had "slowed down a little bit" but when that inspired backlash he amended the statement by explaining that "you'd have to have Downs Syndrome to not feel sorry for sexual abuse victims." Just another example of how, once the purity spiral has begun, apologies, concessions and compromise are generally never enough.

The campus chapter of UNICEF at SOAS involved issued a statement explaining that they are
"a student society with the goal of fundraising for UNICEF; we do not represent UNICEF UK or any student body." They also apologized for their aims having been "misrepresented." "We would never impose that guests would have to agree to anything they do not believe in."

Comedian and activist Kate Smurthwaite characterized him as "Alt-Right" and despite never offering a single specific example of anything in his material that was specifically "Alt-Right" or "sexist" on BBC 5 Live. Luckily, UK's The Spectator offered a very stern censure from Godfrey Elfwick who has, thankfully, offered us some excellent examples of safe, comedy for an inclusive world.

Why did the chicken cross the road?
To explain to the homeless white guy that despite his current circumstances, he still enjoys more privilege than most minorities in the United States today.

Doctor doctor, I feel like a pair of curtains!
I’m sorry, but due to cuts in the NHS mental health budget, I cannot help you at this point in time. Blame the Tories and vote for Corbyn in the next general election.