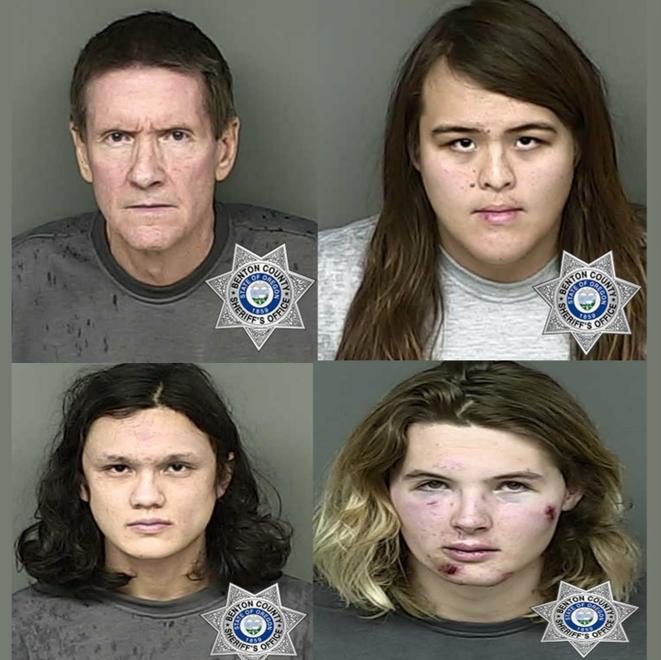 An elderly man was hospitalized after four alleged members of the so-called “antifascist” terror cell known as AntiFa have been arrested, and are now facing charges for a brutal beating of 65-year-old Jimmy Marr.

these #antifa from Corvallis jumped my friend @GenocideJimmy last night and he was hospitalized as a result:https://t.co/1PA6jN1ExGhttps://t.co/il959qQBaWhttps://t.co/7mThSXc5SXhttps://t.co/HtIZtkuNw6

please RT to make them all extra popular


The alleged members of “Antifa,” or “Antifaschiste Aktion,” have a history of violent attacks across the United States of America, being the useful idiots of perpetrating a globalist agenda.

The attacks took place in Corvallis, Oregon, with the Corvallis Police Department later apprehending the suspects and taking them into custody.

AntiFa members are known for their use of tactics that reflect brutal, totalitarian regime. Often, they're purveyors of violent assaults as a means of silencing anyone and everyone they disagree with.

At the now-notorious Charlottesville rally, radicalized AntiFa members assaulted numerous free speech activists marching with a legal permit. The mainstream media would later blame the “AltRight,” who with a legal permit to attend the events did nothing wrong.

Ralph Bartlett Bolger Jr. is currently being held on a $7500 bond.

Bolger Jr. was last known to reside at 3740 Western Boulevard, in Corvallis, Oregon.

Albert Grigorov is currently on the custody of local authorities on a $7500 bond.

Noah Julian Orduna is being imprisoned on $7500 bond.

Conor Brian Butler is currently being detained on a $7500 bond.

There is no known address for Butler as of this time.

On Twitter, a friend of the victim, along with several others from the pro-White community expressed their outrage and disdain with the violent assault.

Since then, they've discovered that Ralph Bolger is also a member of the local Veterans for Peace Chapter 132, a non-profit organization.

Bolger also holds their FCC license in his name.

If you'd like to contact Veterans for Peace to ask why they're employing a man who violently assaults the elderly, you can do so by clicking here to visit their website.


I wonder how @VFPNational feels about being represented by this man, especially since Jimmy was the peaceful veteran being attacked in this case...

His uncensored truth-telling prompted the notorious Anti-White and Jewish Supremacist group known as the Southern Poverty Law Center (SPLC) to attack him in the past for simply noticing too much.

Many are suggesting that the SPLC bears the burden of guilt as well, after writing endless hit pieces against Marr and his allies for their pro-White views.

It never ceases to amaze me how the Jewish people have the Southern Poverty Law Center SPLC and Anti-Defamation League (ADL), the Black people have Black Lives Matter (BLM) and the National Association for the Advancement of Colored People (NAACP), yet the White people aren't allowed to engage in similar activism without being labeled as racists.

Marr was an innocent man, who was targeted with malice and violence in what appears to be a premeditated attack that left him hospitalized. These AntiFa thugs must be brought to justice, and are scheduled for trial at a later date.

Reading the hit piece from the SPLC on Marr is even more disgusting. The SPLC assaults Marr with disgusting rhetoric even when he's the victim. The SPLC has no shame. Ignoring the crimes of the AntiFa thugs responsible for the attack in an effort to indoctrinate their reader's because of his pro-White ideological perspectives.

Numerous AntiFa members have been exposed as of late, many of whom hold influential positions in their communities all while encouraging violent attacks.


This story will be updated with additional information as it arises.

Given Anti-FA's history of physical assaults and destruction of private property, protests against free speech and the rights of others. Why haven't we seen Leadership and major Donor level arrests?

Are we to understand that a international Political / Domestic Terrorist that seeks to violate the US Bill of Rights is above Criminal Legal Actions for Civil Rights abuses?

Or is it because of those that fund and issue their marching orders are too high up on the Power/Elitist Pyramid. Or maybe a Foreign Socialist Government.

I'd like to teach you about the term "Phrenology".

Look at these fucking skulls. 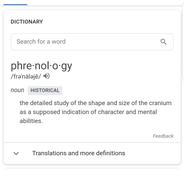 IF YOU BEAT/MOLEST/RAPE/TORTURE/KILL
A CHILD OR THE ELDERLY, IT SHOULD BE

LOL.... YES, at first i thought that these were masculine women but they are MEN. yikes.... their faces reflect a hormonal imbalance which is also affected their minds.

You gotta be shitting me! I thought the pic was a meth family with 3 daughters and no mom. We need a 3 nasty chicks and their dad meme!

This communist uprising is sponsored, once again, by JEWS. Jews have flooded our once safe homelands with people who want to kill us. They have done the same thing for thousands of years. Communism is just another tool jews use to exterminate whites. GOOGLE: " how many Bolsheviks were jews"..... over 85%

Man, you really want us to believe a guy with the name "Genocide Jimmy" was an upstanding gentleman?

I seriously thought that 3 of them were butt ugly females. Then I read that the two brown haired ones, that look like girls, are actually guys.

Two ugly broads & two dudes one of which is sort of antique. The 2 on the left are male according to the booking sheets and the other 2 are future cat farmers.

Looks to me to be one old perv and 3 trannies.

I wonder what you could get away with in a “stand your ground” or “castle law” state if four people threatened you and you feared for your safety.

Antifaschistische Aktion began in pre-WWII Germany as part of a Communist movement there. The Nazi Party became popular because of AA's excesses of violence and intimidation.
So technically, the group indirectly created WWII.

Dear author of this article, let me fix it for you:

Old man from out of town, agitating folks with his swastika-covered pickup & loudspeaker, gets ass beaten by trannies.

There, much better now...

What an ugly group of androgynous shits.

Why isn't Trump doing anything about these domestic terrorists? Why are thee commie thugs allowed to roam the streets and attack right-wingers without any meaningful state involvement?

Wow these fags are disgusting

I don't think they are going to do well in prison!