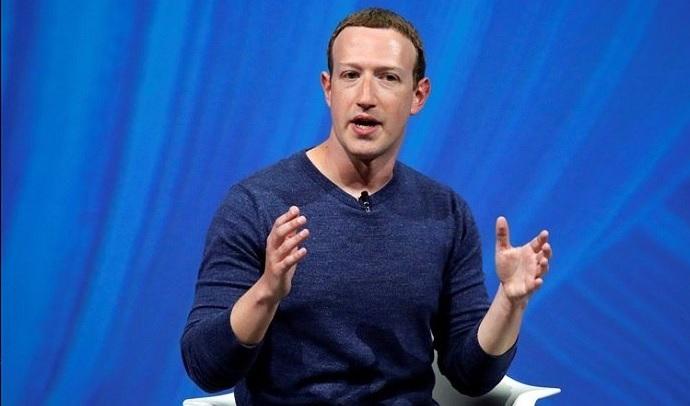 The social media monopoly gave dozens of companies access to your private messages and details.

A new report obtained by the New York Times revealed that the social media giant Facebook gave business partners including Spotify and Netflix, access to read users' private messages resulting in the company losing over $16.8 billion overnight when their stock plummeted, again. Facebook also gave a large number of companies access to their users' detailed personal information without any consent from the users at all. Other companies included in the tech giant monopoly who benefited from Facebook's sharing of users' information include Microsoft, Amazon, and Yahoo.

Facebook gave access to its users' details to Microsoft's Bing search engine, including the names of virtually all Facebook users' friends without consent. Records show Netflix and Spotify could read Facebook users' private messages, for what reason we do not know.

The top tech giants weren't the only companies to be given special access to user data, the media outlet behind the report exposing this information was also given access, The New York Times. The Times did an investigative report based on what they were given access to and found Spotify was given access to view messages from more than 70 million users a month, and they still offer the ability to share music through Facebook Messenger.

The Times clarified that Netflix and the Canadian bank no longer needed to access to messages because they had deactivated the features that used it. But other companies given special privileges to view private correspondence between Facebook users include Yahoo and others that could still get Facebook users' personal information in 2017.

Yahoo's abilities included being able to view real-time feeds of friends' posts for a feature the company claims to have ended in 2011. Yahoo declined to discuss their partnership with the lying left-wing Facebook, but at least they said they didn't use it for advertising, what other nefarious reasons did they have for spying on Facebook users' private messages? Could blackmailing their bosses or employees be among those uses?

The Times admitted to their involvement in these secretive backdoor special access passes to users' of the world's fastest growing social network. The Times was only one of nine other media companies who was exposed by the documents and had access to users' friend lists for an article-sharing application, but it claims it was discontinued in 2011.

Facebook is under fire yet again after the NYT reported the social media platform gave companies like Microsoft, Netflix and Amazon more access to personal user data than it has said in the past. Nick Confessore, who authored the report, weighs in: https://t.co/wSZ1nE4XYd pic.twitter.com/CakKz31Qc6


A Netflix spokesperson reached out in response to the Breitbart report saying, "Over the years we have tried various ways to make Netflix more social. One example of this was a feature we launched in 2014 that enabled members to recommend TV shows and movies to their Facebook friends via Messenger or Netflix. It was never that popular so we shut the feature down in 2015. At no time did we access people’s private messages on Facebook, or ask for the ability to do so."

The news is just the latest in a series of leaks, and Facebook has proven to be untrustworthy liars time and time again. Recently it was Facebook sharing friends personal details; I can't wait to hear Zuckerberg's explanation for this one.

Absolutely shameful how Zuckerberg appeared before Congress and blatantly lied about privacy issues knowing that this has been going on for years.

WHAT DO YOU EXPECT FROM A COMMUNIST/NAZI MAGGOT. HOPE HE HANGS FOR TREASON TO AMERICA!!!!

HE IS PART OF THE MAFIA THAT COLLUDED AGAINST AMERICA AND COMMITTED TREASON AGAINST OUR COUNTRY. THE RICO LAWS SHOULD TAKE THEM ALL DOWN. THE PENALTY FOR TREASON IS DEATH. SO BE IT!!!

HIM AND HILLARY WERE TPGETHER CONSTANTLY... TWO PEAS IN A POD. RICO