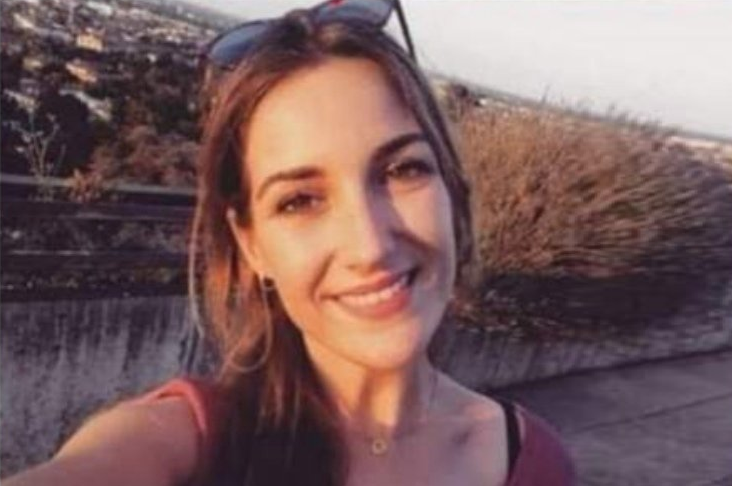 Spain is shocked to hear details come in at an hourly rate about the gruesome murder of Miss Laura Luelmo, a teacher who had moved 400 miles south to start a new job. In order to discover her new home, she went for a run and asked directions to a man who later killed her. The young teacher was also known illustrator who wanted to push for women’s rights.

The murder of the 26-year-old woman who had crossed Spain for a teaching job has sparked outrage in the country, the latest high-profile case to put the spotlight on violence against women. Miss Laura Luelmo's partially naked body was found near the southern village of El Campillo after five days of searching.

By now police have arrested Bernardo Montoya, a 50-year-old man with a long criminal past who had recently been released from prison. He acknowledged that he killed Laura less than 24 hours after being arrested.
The detainee, who was transferred to the prison of Huelva, admitted that: "She asked me for a supermarket and I sent her to a dead end street. There I waited for her with my car."

Mr Montoya confessed the crime and says he abandoned her “unconscious, but alive”

Preliminary autopsy, however, suggests the schoolteacher died two or three days after disappearing. She may have been held captive or a period of time may have passed between the assaults she suffered and her death.

Ms Luelmo, who had left the north-western city of Zamora to take up a teaching position in the province of Andalucia in Southern Spain, went missing last Wednesday, sparking a search that involved more than 200 volunteers and officials.

Officials who searched her home did not find her sports gear, smartphone and purse and thus believed she went out for a walk or run before disappearing. In the end, her partially naked body was found among some bushes in a remote area outside El Campillo showing signs of sexual violence.

Investigators stated that she tried to defend herself and the marks on her neck could suggest a death by strangulation.
She also appears to have been struck on the head.

Spanish social media users reacted with the hashtag #LauraSomosTodas (We're all Laura) and thousands have shared a protest image made by Ms. Luelmo to mark International Women's Day, on 8 March. It says: "You're your opportunity."

so much for the women's movement teaching women that they are just as strong as men and that they don't need men for protection..... ladies, always carry a weapon of some kind either a knife or gun and TRUST NO ONE. geesh...

perfect example for why we need to be armed..I rarely let my wife go shopping by herself anymore.

The women's movement is not about "you are as strong as any man". Men are physically stronger. It's about being equal in value, which we are. Rest in Peace. I cry for you.

I guess criminals don't care about value.. Makes you wonder why FGM is encouraged in muslim countries. This type of confessed behavior deserves public hanging imho.