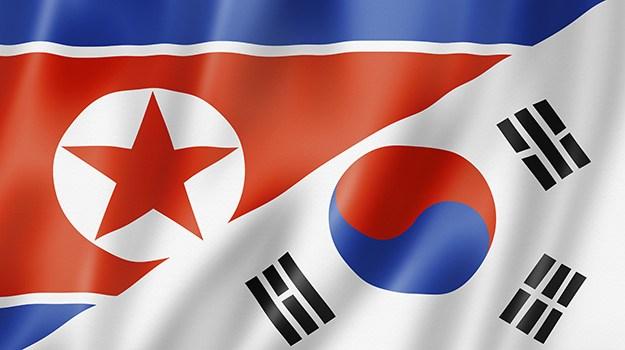 There's an interesting video coming out of North Korea and South Korea where both Chairman Kim Jong Un and President Moon Jae-in met for the unification of a railroad between the two nations for the first time in nearly three-quarters of a century.


The accomplishment is hailed in part to the tough talk of US President Donald Trump, and his “fire and fury” rhetoric that led the Korean Peninsula towards peace and prosperity.

A groundbreaking ceremony was held at the discreet North Korean border town of Kaesong, where the pair met and shared their interests.

For the first time, it appears as if peace between the two nations and a likely withdrawal of American forces from the region is attainable within a few short years.

The White House has said they're committed to peace and even trade with the isolated nation if they continue to give up their nuclear ambitions.


South Korean officials reported that they had to receive an exemption to sanctions from the UN Security Council, who continues to obstruct the path of peace at China's will.

China fears a unified North and South Korea, whereas they had imagined to one day annex the land, some speculate.

Another victory brought to you by the Trump Administration.

Barry taking credit yet?
Or is he going to accept that Trump Got er Done?

if bam bam had a war

uncle samuel would not appreciate such a railroad as it would open the door for a gas pipeline which might supplant the regular supplies of LNG and LPG that uncle samuel charges S KOREA dearly for.