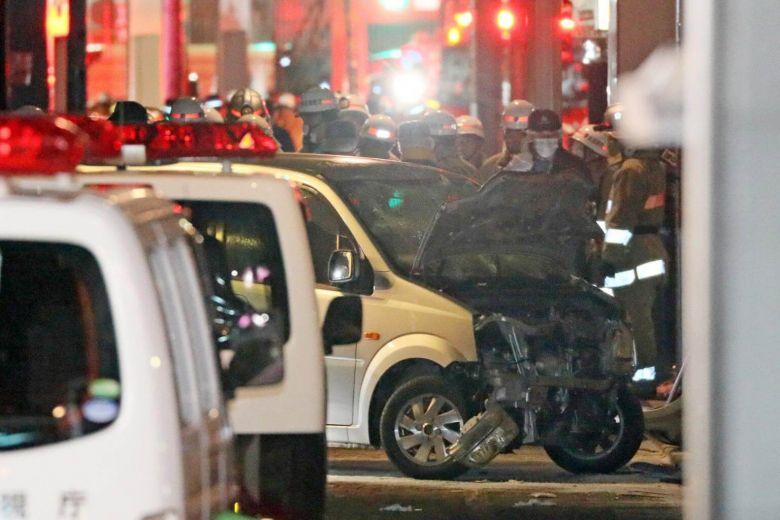 A man claiming to be committing an act of terror drove his van through a crowd of pedestrians heading to New Year's prayers in the Harajuku fashion district. The driver struck eight people and injured a ninth who he attacked as he fled the scene. One of the victims remains in critical condition. Police were able to catch the driver of the van and have identified him as 21-year-old Kazuhiro Kusakabe.

Police in the city sealed off the area where the attack occurred as crowds of people were heading to a shrine for New Year's prayers. An initial report from police to broadcast NHK said the man told them he had conducted a terror attack but he later claimed the attack was in "retribution for the death penalty".

Another Japanese media outlet called Kyodo News Agency reported a tank of kerosene was discovered in the van he used for the attack indicating he had plans to burn the vehicle.

Photographs from the scene show how much damage was caused to the van during the attack. A witness at the scene told NHK it was a "ghastly scene." He went on to say, "I saw some guys collapsed on the street. As I walked closer toward the scene, many more people had fallen on the ground. By the time I reached the exact place, paramedics were already there helping people."


Another witness who runs a nearby business said, "I am shocked that something like this happened on Takeshita Street." Police have arrested Kusakabe on suspicion of attempted murder.