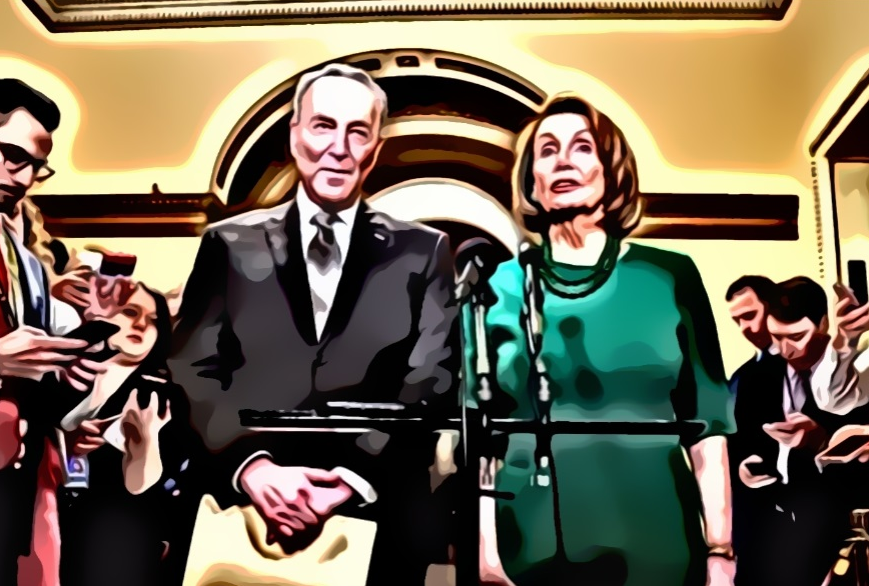 The US Congress Democrats plan to end the now more than one-week old shutdown by organizing a vote on their own budget proposal later this week. As from Thursday 3 January 2019, the Democrats have the majority in the House of Representatives.

In the Democratic bill for next year’s budget, work would be done with temporary budgets, until October for most public services and until 8 February for the Ministry of Homeland Security. As a result, these government departments could then open again. Due to the shutdown, some 25 percent of the federal government services have been closed since 22 December.

The Democrats will probably submit a Bill, being cute as always, which gives everything away but gives NOTHING to Border Security, namely the Wall. You see, without the Wall there can be no Border Security - the Tech “stuff” is just, by comparison, meaningless bells & whistles...

However, their proposal does not foresee any budget maneuvering room for the construction of the border wall with Mexico, as demanded by US President Donald Trump. It is therefore expected that the President could use his veto. Informed about his political opponents’ plan, POTUS made it clear that he wants "a solid wall", for which an envelope of $5 billion is needed.

Mr. Trump tweeted: "The Democrats will probably submit a Bill, being cute as always, which gives everything away but gives NOTHING to Border Security, namely the Wall. You see, without the Wall, there can be no Border Security - the Tech “stuff” is just, by comparison, meaningless bells & whistles.”

During the Midterm parliamentary elections in November 2018, Democrats regained control of the House of Representatives whilst Republicans strengthened their majority in the Senate.

The budget proposal of the Democrats is similar to what was previously approved in the Senate, but that plan was never put up for a vote in the House of Representatives after President Trump's refusal. "It would be the epitome of irresponsibility and political cynicism if the Republican senators would now reject these texts, which they supported earlier," the Democrats said in a press release.

2018 has been a year of historic accomplishments! pic.twitter.com/6Iq5CFVdwY

“The president is using the government shutdown to try to force an expensive and ineffective wall upon the American people, but Democrats have offered two bills which separate the arguments over the wall from the government shutdown,” the two Democratic leaders Pelosi and Schumer said. “If Leader McConnell and Senate Republicans refuse to support the bill without DHS funding then they are complicit with President Trump in continuing the Trump shutdown.”

Tomorrow, the outgoing Congressmen of both parties meet again to negotiate the shutdown.

Mr Trump spent his Christmas holidays in the White House, sending out tweets urging Democrats to negotiate with him, while House Speaker Nancy Pelosi was spotted in Hawaii.