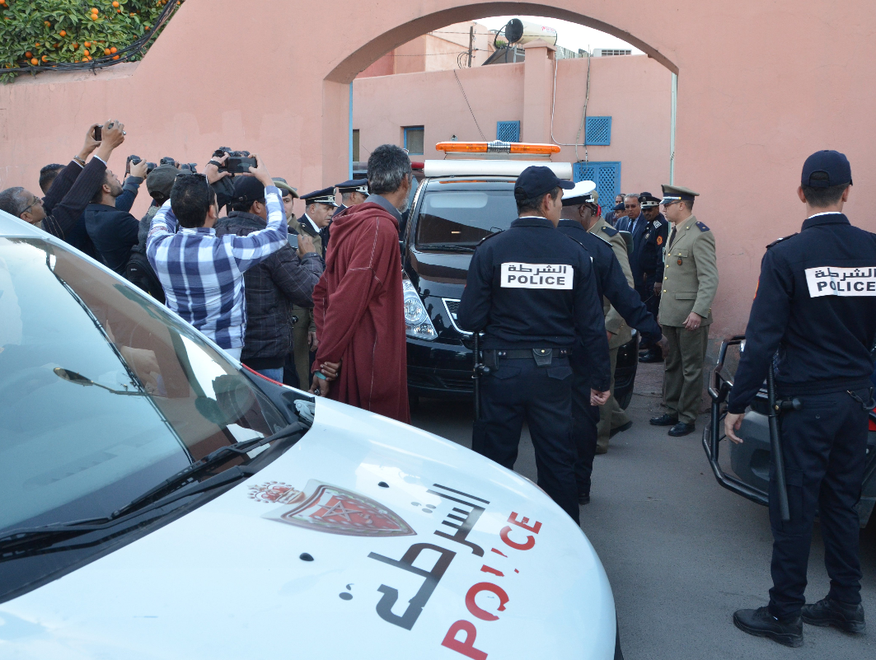 Investigators in Morocco admitted that the body of another decapitated woman (24 years old) was found over the weekend in the Atlas mountains, the same mountainous region where Scandinavian backpackers Maren Ueland and Louise Vesterager were found and beheaded by Islamic extremists just two weeks ago.

Information on the new bloody crime is shaking Morocco, which hopes that its tourism sector will survive the bloody onslaught of bad news that has been leaking from the country recently.

Less than two weeks after the discovery of the bodies of two Scandinavian women, one of whom was beheaded, this time another 24-year-old woman was found decapitated in the Middle Atlas, according to Moroccan media.

The Middle Atlas region has been placed on maximum alert and the Moroccan authorities have deployed security forces to trace the perpetrators of this crime and their possible accomplices.

The motives are unknown, and police have not released any info re suspects https://t.co/WO1vKiWSvc Marokko

According to Moroccan website Yabiladi.com, the gendarmerie arrested a suspect in the night of December 29 to 30 who would have already confessed, but exact names or nationalities of victim and perpetrator are not yet known.

Some sites claim that it is a Moroccan divorced mother with a 7-year-old daughter whose head was found 6 meters next to her body in the mountainous region, but police have not released an official statement yet.

On 17 December, the bodies of Louisa Jespersen, a 24-year-old Danish student, and Maren Ueland, a 28-year-old Norwegian, were found at an isolated tourist site in Imlil, some 60 km from Marrakech. Both victims bore traces of stabbing violence on their necks. One had been decapitated. By now, a terrorist cell of some 18 people have been arrested and jailed, including the four direct suspects who said they were inspired by IS.

On December 20, a Twitter account, allegedly linked to Islamist terrorist networks and suspended since, broadcast a two-minute video showing the four alleged perpetrators of the assassination in front of an Islamic State flag, pledge allegiance to the leader of the terrorist group, Abu Bakr al-Baghdadi.

Defining themselves as "soldiers of the Caliphate in Morocco", the men promised to perform a "terrorist" action in Morocco.

these muslim filth don't need any incentive to torture women to death.

How many more civilians will die on the altar of Islam?

Kill every fcking Muslim from one end of the earth to the other.. if your muslim.. sorry..but GTFO of America.. you have been warned.. the cleansing is going to happen real soon.. and you people have created it.. he may not say it but my President hates you frigging people.. so get ready sheep fckers.. its time to move on along...

The Christian Men in Morroco have a unique chance to rid their country of some cancer cells.. get some women to play the bait.. and when these fcks show up to do evil. they can be shown the christian response to their actions.. 2 in the back of the head.. but not before testicles are crushed in a vice and ALL fingers and toes are cut off with wire cutters .. let them enjoy that for an hour or two and then send them to the pit where they belong.. do THAT enough and they WILL settle down..

I suspect that the Scandavian "girls" did not have a alpha wolf father figure to inform them "do not go to Morrocco the travel advisory says that Morocco is dangerous" Scandanavian indoctrination "education" has taught these "girls" that egalatarian plulalistic society lies about different religions,cultures,nations,and societies.. for me watching Midnight Express is a deterent from ever traveling to these places

Hello all, here every one is sharing these kinds of familiarity,
so it's pleasant to read this webpage, and I used to go
to see this blog every day. www.visevi.it