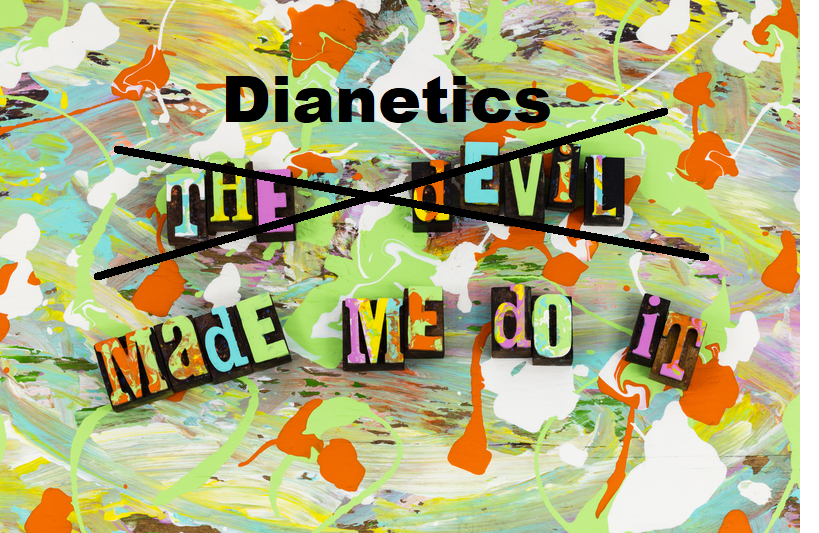 Dianetics Made Me Do It! Double-Murderer Uses Scientology In His Defense

You've of course heard the saying, "The Devil made me do it!" Well, a new iteration on a familiar theme has cropped up in the defense of a double murderer in Prescott, Arizona who's claiming that the devil in the form of Dianetics explains away his heinous actions. Kenneth Wayne Thompson is standing trial for the murder of his sister-in-law and her boyfriend who he allegedly killed before setting their house on fire.

Man Charged with Murder Says #Scientology Anti-Psych Beliefs and Teachings Made Him Do It -- https://t.co/exJKKek1I2

Thompson's lawyers are arguing that he truly believed that he was safeguarding his nephew by killing the child's parents. Robert Gundacker, Thompson's defense attorney, says that when Thompson learned his nephew was being treated with medication for a mental illness murder was the only way to protect him.

The Hidden Connection Between NXIVM And Scientology

"One of the central tenets, and it was core to the whole wider system of beliefs, is that psychology is evil, probably the most evil thing on planet Earth," Gundacker said before the court. "Think back to Tom Cruise."

If you're at all familiar with the Church of Scientology, you'll know that even in the science-fiction tinted "scriptures" by pulp fiction author and huckster L. Ron Hubbard the IRS and psychiatrists are often referenced as forces as evil as... well, equally as evil as the dread galactic overlord Xenu! Mental illnesses, according to Scientology, are a result of the brainwashed alien souls (or "thetans") who were brainwashed in a volcano on Earth millions of years ago and "attach" themselves to humans. I know, pretty crazy, right?

"They believe psychology does not only not cure people, it causes mental illness. They think psychological medicines are central to this evil," Gundacker went on. "This is Kenny's mindset."

Nation Of Islam And Church Of Scientology Connection Deepens

Despite the state's claim that the murder had been premeditated, Gundacker is claiming that the event occurred as an act of passion. All this, despite the fact that Thompson made a 24-hour drive from Missouri to the crime scene in Arizona, purchasing weapons including a hatchet and a knife and attempting to hide the evidence by burning the house down.

More deaths at the hands of #Scientology. This one even creepy @epstandleague can’t blame on @LeahRemini or @MikeRinder considering they were both still in CoS when these murders happened. More blood on Scientology’s hands because psych care wasn’t therehttps://t.co/CBc1stOsiD


To be fair, Thompson is not using the church to excuse his actions; rather he is seeking to explain what led him to believe that murder was the best course of action in this particular situation.

Regular readers of The Goldwater will recall that "the Scientology defense" is becoming more popular lately. We recently reported on how Allison Mack is using a precedent from a Scientology related case involving blackmail and forced labor to beat charges related to coercion in the NXIVM sex slave cult case. No word yet on whether Thompson's attorney Gundacker stole the idea from Keith Raniere and company.
Share this article

Is USA a coward failure only shouting 200 billion and shouting 500 billion with doing nothing real while China has been keeping beating USA?

The simplest example in life to see the unfair robbery nature of China communists...(rob money from Chinese,rob work from Ameircans)

If you transfer money from banks not in China (for example,D) to China bank,Zero fee. But if you transfer back,that's to say,if you transfer money from China bank to banks not in China (for example,D),very high fee.That's the fairness? So,we got to know why China bank would not like fair competition with other banks,and China communists did unfair competition very well.(By the way,there is a little fact: China top four communist banks are the four biggest and richest banks all over the world.)

And all above here lasts for decades!

^^Confused as to if genuine proud Chinese Communist Party member commenting from Beijing or if quite convincing troll.

You have no balls to Keep fighting 小弟弟! in Syria, because big Russia scares you off obviously which you already know very much.