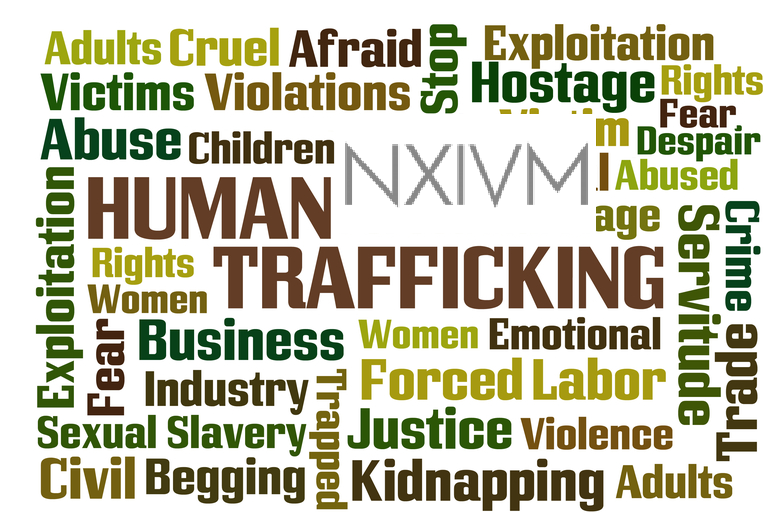 The NXIVM sex slavery cult is taking a page from Scientology in their legal defense. Unfortunately, previous Scientology litigation has resulted in a disturbing precedent set in the courts as regards what is or is not "serious harm." NXIVM "slaves" were forced to do menial physical labor at the risk of having "embarrassing collateral" released, similar to how Scientology keeps their members in line after recording them during the lengthy interrogatory "auditing sessions."

Allison Mack's lawyers refer to a 2009 case in which a couple attempted to sue the Church of Scientology:

“The government argues that Ms. Mack obtained forced labor through ‘threats of serious harm,’ with serious harm being the embarrassment that would result from the exposure of one’s collateral. Courts have found, however, that such an outcome, albeit embarrassing, does not amount to serious harm under the statute.”

It is using this defense that Keith Raniere's "humanitarian organization" (as his lawyers are describing the cult that is implicated in forced branding, medical experimentation, forced labor and trafficking young women and even minors as sex slaves.

Allison Mack’s lawyers are arguing that she and other slave masters holding “collateral” on slaves, then ordering them to work for free or to seduce Keith Raniere – is not forced labor.

In court papers filed Friday, Mack’s lawyers argue that the threat of releasing naked photos and damning video confessions is not “serious harm” something required to prove someone engaged in forced labor. Raniere himself has been accused of raping girls as young as 12.

“The threat of reputational damage and isolation from loved ones, therefore, did not qualify as serious harm,” according to Mack's lawyers. Her lawyers also argued that in most cases of forced labor victims were subjected to “squalid living conditions, extreme isolation, threats of physical harm, lack of immigration status, lack of education, and unfamiliarity with English," whereas Raniere's victims were

Mack’s lawyers argue that forced labor charges typically involve victims who were subject to "“educated, English-speaking adults, who were not forced or compelled to join the organization, nor kept physically isolated, and who could leave the organization at any time."

As Mike Rinder, former Scientology executive, current Scientology watchdog said: "The difference between a religion and a cult is what happens when you try to leave."

In addition to the "Scientology" defense proferred by Mack's lawyers, Raniere's defense believes all criminal charges should be dropped on account of what a great guy he was for trying to bring peace to the world.

This amounts to extortion and/or blackmail.
Appeal this b.s.ruling.
God bless

Gosh, I wonder how many members/ guests have ALSO been subjected to compromising statements and photos?
Impressie bunch of folks "associated" with that crew!

IF THAT MAGGOT RAPED UNDERAGE GIRLS THEN HE SHOULD HANG BY THE NECK TILL DEAD!!! PERIOD!!!