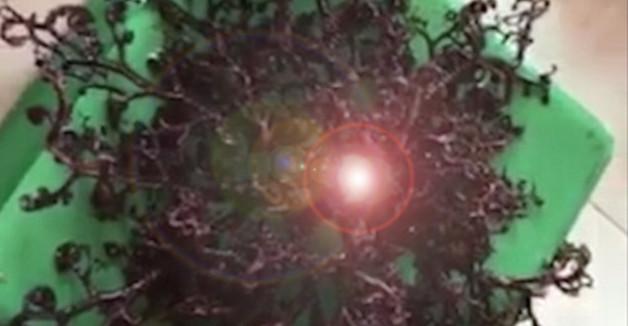 "Mysterious creatures" that defy description and have "baffled experts" have been exposed in the last several months. I'm wondering what the deal is. Japanese or Chinese bioengineering lab breach, maybe? Could it be that the first wave of the mothership's colonizing effort arrived just last Summer? Maybe Lovecraft was right all along, and the Thelemites (excuse me, "Cthulhu Cultists") have finally summoned the elder gods and their ilk into our plane of existence. Regardless of what it was there definitely seems to have been an unusual number of unusual beasties sighted in the past several months.

NASA Scientists Say Aliens May Have Already Visited The Earth

Now the Antipodes (Australia and New Zealand) are known to host several strange beasts, but this last year multiple strange living things had scientists and other experts scratching their heads. A giant, pulsating "blob"-type aquatic creature with an alien appearance and motion appeared in New Zealand.

Some claim this may just be a Lion's Mane Jellyfish. I'm no marine life biologist but I do not see the resemblance.

Amazing footage of a lion's mane jellyfish captured off the west coast of Scotland https://t.co/D7gqOKTFww pic.twitter.com/T80FMEW9Eh

Another strange sea creature with "globster" washed up on Philippine beaches. Nearly 20 feet long, it was not even the first "globster" to wash up on the island nation's shores. Genetically speaking, it appeared to be related to a whale.


Another strange sea creature with a transparent body also showed up in the Philippines. Considering the number of oddities appearing near New Zealand, Australia and the Philippines it could potentially be evidence for the case that it's either Chinese bio-engineering labs gone awry or even possibly Fukushima fallout for that matter. Either that, or there are just more weird animals in that corner of the globe. The discovery of what looks like a tarantula with a scorpion's tail was found preserved in amber in Southeast Asia. Let's all just pray that Jeff Goldblum never gets anywhere near it.

Another "alien-like" living thing was found in New Zealand just days ago. Some claimed it looked like a mouse with the end cut off or a large moth whose wings had been eaten by some predator.

University of Auckland experts initially assumed it was a hoax until Biosecurity New Zealand entomology team were able to make out articulated legs twitching on the video shown above. New Zealand is notorious for their use of insect scientists to secure a biological border.

An entomologist is claiming that this is just a rat-tailed maggot though, once again, it just doesn't look very similar to any of the pictures I've seen. The strange monster that plagued a backpacker in Australi however, does appear to be some similar such larva.


Probably one of the most Lovecraftian of all these "eldritch monstrosities" must be the tentacled creeping horror that washed up on the shore in Vietnam last August.

I've never gotten too deeply into cryptozoology, but I definitely have heard plenty of stories like that of the coelecanth, believed extinct for millions of years until one washed up. Then there's the case of the chupacabra, a mythical bloodsucking animal that attacked goats and chickens that was proved to be a real, albeit blood-sucking, animal similar to a small dog.

One thing that is certain, to paraphrase Shakespeare, there are more things than are dreamt of in our evolutionary biology, Horatio.

they are missing the fish that are growing legs all of a sudden. they forgot to paint them blue.

I WAS REJECTED BY LYNN S OF STATEN ISLAND

Is that a little tiny baby Yahweh?