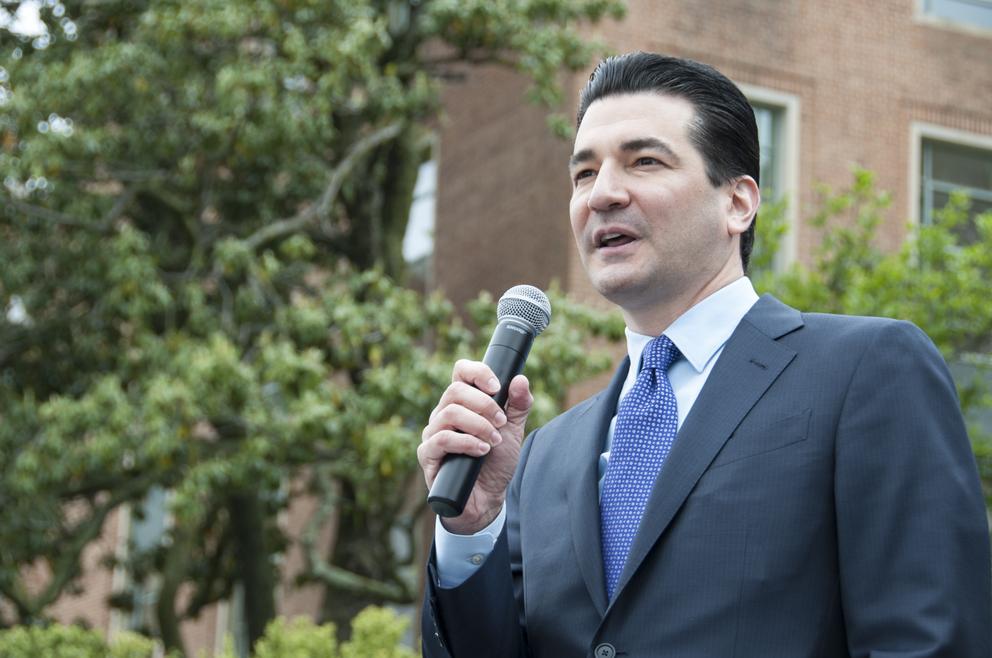 FDA Commissioner Scott Gottlieb is resigning next month. He pushed for generic drugs, spoke out against unfair prices for pharmaceuticals and attacked important issues like underage vaping and supplement labeling. He also fought against kratom and occasionally shared misleading information in regards to the Southeast Asian plant medicine.

"Scott Gottlieb, the current FDA commissioner, has been railing against Kratom for some time. Somewhat ironic considering he fought for the rights of Fentanyl makers to produce more of the drug after the company was found to be illegally marketing it..."https://t.co/KUoKYF2cDF


On Tuesday, the consumer advocacy group, Public Citizen accused Gottlieb of being too closely tied to the pharmaceutical industry claiming he allowed that tight connection to affect decisions such as the FDA approval Dsuvia, an opioid ten times more potent than Fentanyl despite the raging opioid crisis.

The "reasoning" behind approving Dsuvia (sufentanil) which is 10x more potent than Fentanyl: for use "on the battlefield" when IV injection isn't possible.

Basically, Scott Gottlieb wants our military service members to be the 1st to get addicted to this shit.

"It's imperative, but sadly unlikely, that the next nominee for FDA commissioner be someone who is independent from industry ties and will make protection of public health the agency's top priority," the group's president, Michael Carome, said in a statement.

Just days ago, Gottlieb had admitted that the FDA had mishandled the treatment of the opioid crisis. He felt that "waiting for the accumulation of definitive evidence of harm" as the FDA had done in the past was, in part responsible for the current situation of opiate addiction affecting many "vulnerable communities."

He placed blame on the FDA without taking any responsibility of the current epidemic in opioid addictions.

Last August, the New York Times reported on the dangers of T.I.R.F.s (transmucosal immediate-release fentanyl) which is 50 times stronger than heroin and can result in over $30,000 per month per user. The FDA expanded the use of the drug outside of treating cancer patients in a hospital setting experiencing "breakthrough" pain to allowing it to be prescribed to people to be used as a maintenance drug for chronic pain.

NYT mentions the death of Sarah Fuller at the age of 31. Fuller's mother explains that she was never told that the drug she was using was originally specifically for terminally il cancer patients.

FDA Moving Forward With Approval Of Strongest Opioid On Market

In the early 2000s, the FDA had relied on Purdue Pharma to lead a risk management program for their product OxyContin. A similar situation had occurred with the drug Tramadol and other pain killers like Subsys, sold by Insys Therapeutics who were charged in a bribery scheme to boost prescription of their drugs. Their distributor was also made to pay a $150 million settlement for failing to report suspicious opioid orders.

NYT mentions Cephalon as well and how they had to pay over $400 million for false marketing of its products such as T.I.R.F. lollipops used to treat migraines.

Oddly enough, NYT fails to mention the part Gottlieb paid in the Cephalon story. Gottlieb was a former FDA director and deputy commissioner under President George W. Bush. As The Hill reported, Gottlieb was a paid expert witness for Cephalon when they were sued for improperly marketing Fentanyl by urging doctors to prescribe it "off-label" outside of cancer treatment. He even lobbied for Cephalon to be allowed to manufacture more Fentanyl.

Gottlieb received around $400,000 from pharmaceutical companies for consulting from 2013 to 2016 and over $95,000 for travel, lodging, food and beverages, speaking and other compensations. That amount is dwarfed by the millions total he's pulled in working with about pharma based companies like Glaxo-Smith Klin, Vertex Pharmaceuticals. He had to recuse himself from 20 companies before accepting appointment. Gottlieb sat on the board of five pharma based companies, often involved closely with new drug development. He also worked for years touting the idea of relaxing "evidentiary standards" for new drugs.

It's no wonder then that at the announcement that he would be resigning, Biotech indexes dropped. Altria on the other hand, the company that distributes Philip Morris products and Juul, the vape related company, enjoyed a pleasant spike at the news.

“He was able to do something very rare: He never got embroiled in a scandal, never got labeled with a toxic administration brush and had a great relationship with the President all at the same time.”

Please explain them why we are on such an opioid witch hunt when even the FDA Commissioner Scott Gottlieb released said illegal Fentanyl & heroin were primary problem, NOT prescription opioids, yet CPP are the one's suffering! https://t.co/6IDlJJpkpT


The American Kratom Association made a statement saying they are looking forward to working with the new FDA commissioner when they are appointed "to set a new path for an appropriate regulatory scheme to protect Americans from contaminated or adulterated kratom products, and respecting the freedom consumers have to make their own choices on their health and well-being."

They went on to say that despite "much to admire about the work that Dr. Gottlieb did in public health, his crusade against kratom clearly ignored both the science and sound public policy when it came to addressing how best to serve kratom consumers and their rights to exercise their freedoms in choosing dietary ingredients as an alternative to prescription drugs and opioids."
Share this article

Why are we even fussing about this? Control the borders first to keep heroin and illicit fentanyl off the streets, then we can talk about the so called opioid epidemic. Personally, I see it as a moot point as federal drug prohibition is repugnant to the constitution and the powers garnered by the state to war against substances was gained via usurpation.

The whole Nuevo opioidphobia state of affairs we witness today started with marijuana being legalized medically and it's acceptance to the public seemingly scaring the shit out of the DEA. They needed a new boogeyman and prescription Opiods fit the bill. Fast forward to today and all the talk is about these devil pills.

Well folks guess what? There is an opioid connected epidemic but it's not what you think. There has been a silent epidemic of Chronic Pain Patients (called CPPs from this point) committing suicide due to being arbitrarily cut off of thier medicine which gave them a semblance of a life but when the media whores (and altmedia unfortunately) sounded the false alarm with politicians acting in order to seem like they're solving the problem (but compounding it) they become the casualty that no one wants to acknowledge or dig into. All of the CDC overdose numbers are flawed and most deceased persons are being counted more than once depending on the substance in question. All this leads to the CPPs without medical treatment for thier conditions and come to a point where killing ones self is preferable to mind blowing pain. This needs attention once everyone is done virtue signaling. Just end the drug war so patients can get meds and addicts can benefit from harm reduction policies alongside effective treatment options. If not, CPPs can only look forward to deaths release and addicts can only look forward to a revolving door of jail and rehab as reticism rates are high in this population group.