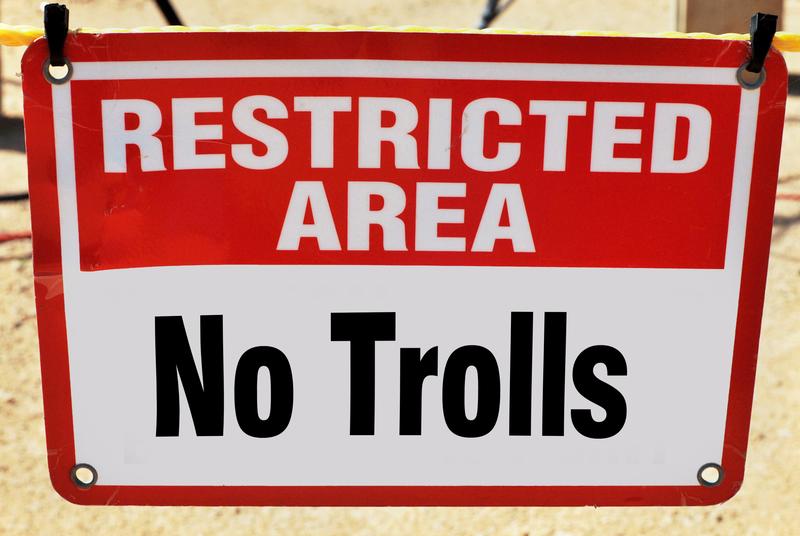 Do you remember last October when the Russians were blamed for the latest SJW-infused Star Wars movie receiving bad reviews? Very similar to how Netflix had to scrap their 1-5 star rating system when Amy Schumer's Leather Special completely bombed. Whether it's the crappy all-female reboot of Ghostbusters tanked to the tune of at least $70 million in losses. Seems whenever a socially conscious film flops the go-to explanation is trolls (generally described as Alt-Right, Russian or both, depending on the need). Well, thanks to anti-Gamergater and thankfully failed Congressional candidate Brianna Wu we've "started a conversation" about the need to crack down even more on the internet and freedom of speech.

I mean, God forbid, maybe these movies were overhyped and, dare I say it, just not that good? Feminist publication The Mary Sue decried the fact that all the negative reviews of the film were by men. Proof positive of the patriarchy and their nefarious conspiracy, right? Well, not quite considering some big name reviewers from Us Weekly, Associated Press, Time magazine and the women's pop culture and entertainment outlet Culturess (all of whom incidentally happened to be women) panned the flick.

Culturess' Kristen Lopez complains that the film was "hobbled by the corporation using it for their selfish purposes." Laura Clifford of Reeling Reviews called "a boring mishmash of ideas." Mara Reinstein complains that it's better "as an amusing fill-in-the-blanks Marvel backstory provider than a confident, stand-alone tale of a woman discovering her fierceness." AP's Lindsey Bahr believes that the "first female-led movie of the MCU deserved more." Thrillist's Esther Zuckerman points to the "almost muddled" action sequences and denies that there were "any truly thrilling, resonant moments." Not sure if these women are bots, Russian, alt-right or trolls, but it's possible to have an opinion about a bad movie with women without actually being a hateful misogynist.


But let's scrap the facts and just make more repressive laws. That will fix it, right? Bloomberg's Emily Chang interviewed Wu asking if this (people not liking a movie they were supposed to like for ideological reasons) is a sign that social media platforms aren't doing enough and if regulation or legislation were needed. Wu responded:

I think there is certainly a role in Washington for us to address what women face both in the tech industry and what users face on the other side. Something we’ve seen is really big promises from Facebook, from Twitter, from Reddit, from all these companies, that they’re going to address this situation. For me, looking at this in 2019, it’s very hard for me to point at one thing that has concretely changed for women in the tech industry. So I do think Washington has a role to play.

Captain Marvel's lackluster reviews at Metacritic seem to be from a cross-section of both male and female reviewers.

Despite the fact that critics (and many fans) didn't seem to think the movie was that great, it did well at the Box Office it's opening weekend and Forbes and other news outlets claimed it as a sign that trolls and toxic audiences were no longer effective in hurting a film. But really, is it intellectually honest to claim that everyone who disliked the film did so because they hate women?

As Bounding Into Comics reported, Wu is just one voice in the chorus crying for deplatforming those who share "unsanctioned or unapproved views." Samuel L. Jackson believes offering "a voice or a platform to people who normally don't have a platform is a part of the problem." Well, you heard it here, folks.

Social media has proven to be a difficult hurdle for those who would shape the narrative for all of us. As a result, we will likely continue to see more complaints about "the Russians" or the Alt-Right or other denominations of bot and troll are dredged up or manufactured for their purposes.
Share this article

My wife blocked me on her whats-app so i don't get to see all her whats-app status and other activities. That is why i said in my next world i will still be in search of digitaltechhacker @ gmail com this hacker was so smart to help me get access into my wife whats-app from my phone and i was able to see all that she has been hiding all along, also her status and her whats-app messages were all about her ex meaning my wife is cheating on me with her ex.