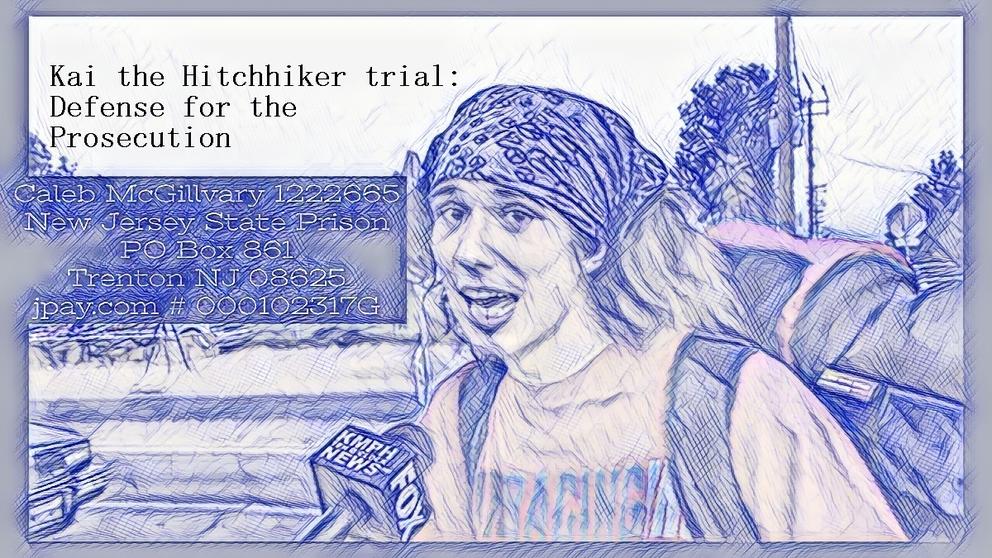 Defense for the Prosecution: the Kai the Hitchhiker Trial

Kai the Hitchhiker has been the victim of an unfair system after years of unconstitutional detention, questionable and potentially illegal investigation methods, and a trial where even his own defense attorney seemed out to get him.

In the case of Caleb McGillvary, better known by many as Kai the Hitchhiker, the phrase “guilty until proven innocent” has been turned on its ear. Kai went from folk hero and living meme to accused of murder. However, an eyewitness for the trial confirmed disturbing discrepancies in the trial transcript. “Now, I’m going to go over some of the stuff that the State’s going to say well.” As he faced the Jury, his face contorted and his voice vehement with rage, Cito pointed accusingly at Kai. “That shows my client is full of crap,” he continued. “He did this intentionally. He purposefully ran out of the house.” This may sound a bit strange as if the defense were working hand in hand with the prosecution. As strange as it sounds, several moments in the trial support this possibility.