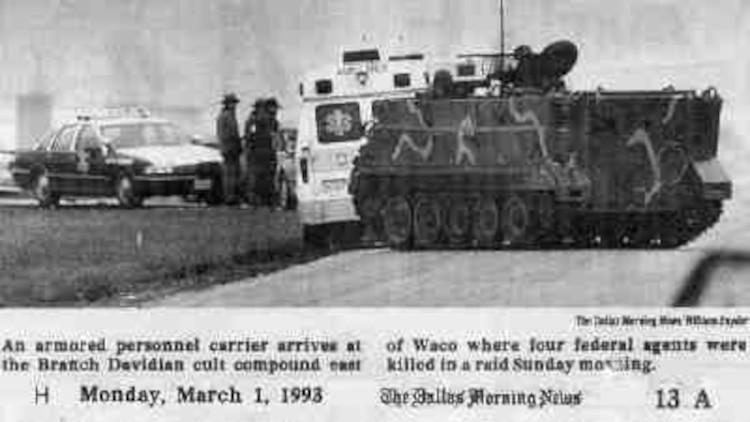 I am feeling bad. Sometimes it takes a while for the bells to ding in my head. I am looking back at the ATF debacle in Waco Texas and now my stomach hurts. On April 19, 1993 men, women and children burned up. What is truth? What is responsibility? What is the force of will that would cause a community to die at their own hands?

The truths are written of the events during that 51 day siege. It was a different time in American history. It is history now. We need to remember our history as best we can. It is messed with from time to time. Our community gestalt of memory needs to piece the events together, now that we as a whole are more aware of media abuse of truth. What is the actual truth from Elk, Texas just north of Waco?

The anniversary of the Branch Davidian compound burning is approaching. One of the agents that was there is being appointed to the cabinet of the Executive office in Washington DC. He was there. I am looking at the selfie of him in front of the horror that burned 76 men, women and children that day.

These days this type of photo is a crime, at least in the military. How many soldiers took selfies in Abu Ghraib prison? What was the end result of that? Court martial, of course. We can’t unsee the photos of prisoner abuse with smiling service members. There are details to that we will never know. There is only the narrative from the media. The same media owned by the left-wing progressive elites that have taken power in America.

What can we expect from the ATF with a guy like David Chipman in charge? Will there be more Branch Davidian style rub-outs? Or will they learn from the FBI and be more surgical like Ruby Ridge?

I have no doubt in my mind that the Branch Davidians didn’t represent the average American. None of the things they were accused of deserved a death penalty. Most of the residents of that compound were likely decent upstanding American citizens. Having odd beliefs does not disqualify one to be an American.

How odd were the Branch Davidians? Maybe they were very odd. They branched off from normal, stock though -normal church people that went a little farther. We all know members of the 7th Day Adventist Church. We all know these are some of the kindest, peace-loving members of the Christian community. Would a member of the 7th Day Adventist church defend themselves? How about a Methodist, or a Lutheran? I’d say yes.

After 51 days surrounded by armed and proven violent agents of the ATF, could you be counted on to make the correct decision? Without outside communication, without knowledge of the current events, what would you do? What would your own community do? It is said they burned their own compound and chose to die. That may be the truth. I heard it on CNN when it happened. That is the same CNN that faked the initial American attack on Baghdad. That is the same CNN that calls the Republican party a death cult. I have started to question what happened during those 51 days that resulted in the immolation of 76 members of a church.

I question the ability of David Chipman to lead the ATF. I doubt his ability to support the Constitution. Seeing his smiling face standing in front of that compound in Texas takes the wind out of me. I cried. Sometimes I cry. I guess everyone does. It takes me decades to let go. This is one of those times. They didn’t deserve to die.

David Chipman was there. He has the selfie to prove it. It may not be a crime; it was certainly not morally or ethically correct behavior.

He is about to take charge of one of the most powerful civilian organizations in the United States government. David Chipman has been nominated to head the ATF.

The majority of America has no control over what happens in our government. Usurpers of our representation are currently in power. We won’t have a say over whether David Chipman is installed as the head of the ATF. Please, God have mercy on us and the United States of America.