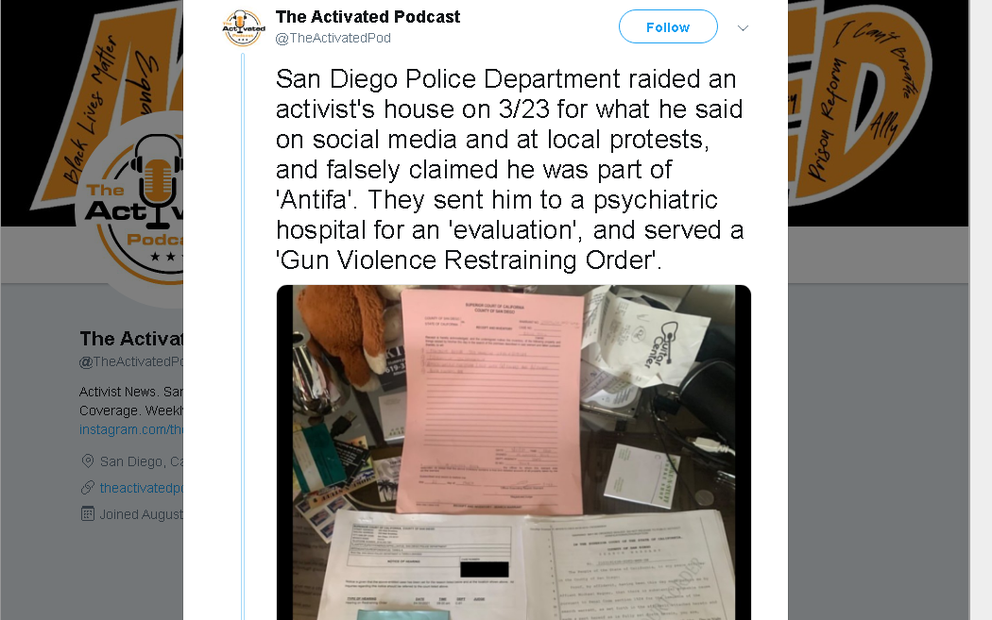 Coming to a front door near you! In all seriousness, in the past couple weeks two very disturbing cases of police visits over rather banal social media posts and online videos have occurred. Both involved Capitol Police coordinating with cops in California to give a couple of activists some unwanted attention. In one case, the victim of this stasi-esque treatment was very briefly committed to a psych ward and lost the right to bear arms. This of course is likely related to a crackdown on speech online in light of the January 6th Capitol breach fiasco. And if there's one thing to be learned from all this: make sure not to tag Alexandria Ocasio-Cortez in a tweet calling her b.s. "underwhelming" or you might just get a visit from the Gestapo American Style.

Since recording this user @queeralamode/Human Rights Watch Watcher and Ryan Grim of The Intercept have reported that the visit from police wasn't even triggered by the tweet they made but by a reply by someone else that was deleted by Twitter. Also California Penal code for murder is 187, not 186.