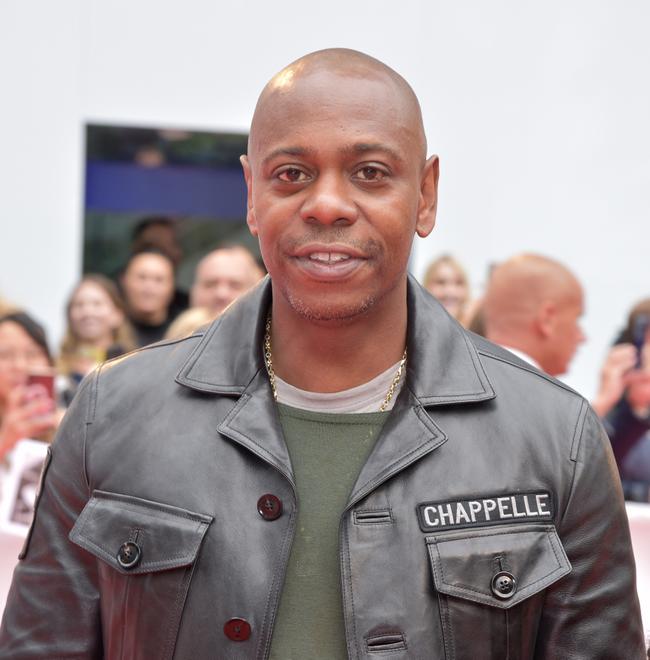 Dave Chappelle is considered by many to be one of the funniest comedians of the past 25 years. His television show, stand up and cult classic movies like Half Baked have made him famous worldwide. Despite the fame and acclaim, he is not immune to controversy and has been under fire multiple times specifically for homophobia and transphobia.

Trevor Moore, Comedian and Co-founder of Whitest Kids 'U Know Dead at 41

His 9th stand up special, just released at Netflix, is "his most incendiary, troubling and unapologetic one yet" according to The Daily Beast The special, entitled The Closer is, according to the comedian, his "last special for a minute." It was also to be his last for Netflix, possibly due to the very "incendiary" nature of the subject matter itself.

“I don’t know if you heard on the news: I did get coronavirus—and it was something else,” he continues. “I felt dirty. I felt gross. Because I had been walking around Texas just touching doorknobs and shit, hands all moist, tipping n----s with cash. Here, take this to your family. I must have killed thousands of people just trying to get tonight’s show together, so I hope you appreciate it.”

He did say that he "didn't get sick at all" from the virus referring to himself as "the Magic Johnson of coronavirus." Chappelle also expressed his dismay at seeing videos of black people attacking Asians on the street, another epidemic that occurred during the pandemic.

“I couldn’t help but feel like, when I saw these brothers beating these Asians up, that’s probably what’s happening inside of my body.”

Chappelle, by the way, has a connection to Asia in the form of a Filipina wife and half-Pinoy children.

Where Dave got himself into some trouble is when he started venturing into the arena of gay and transgender issues. He made it a point to speak to “the LBGTQ [sic] community directly" in order to "negotiate the release of DaBaby" a rapper who had received negative press due to some homophobic comments while performing at a festival in Miami this summer. He went on to complain that in the US more people are offended by DaBaby's comments than the fact that the rapper had literally shot and killed a man in 2018.

"DaBaby shot and killed a [man] in Walmart in North Carolina. Nothing bad happened to his career," the Emmy Award-winner continued. "Do you see where I'm going with this? In our country, you can shoot and kill a [man], but you better not hurt a gay person's feelings."

Equally controversial was his stance on transphobia. Harry Potter author J.K. Rowling has been repeatedly vilified for her stance on transgender issues and is often referred to as a "TERF" meaning trans-exclusionary radical feminist. A certain subset of feminists feel that transgender women are invading women's spaces. This position has put them at odds with much of the rest of the liberal, progressive and feminist world.

Chappelle proudly proclaimed that he supports Rowling and is a member of "Team TERF."

"They canceled J.K. Rowling... my god. Effectually she said gender was a fact, the trans community got mad as s**t, they started calling her a TERF." He goes on to say that "every human being in this room, every human being on Earth, had to pass through the legs of a woman to be on Earth. That is a fact." He also blasted white gay privilege noting that "gay people are minorities until they need to be white again."

This isn't the first time he's been accused of transphobia or homophobia. Buzzfeed accused him of "punching down" for some remarks made in his previous Netflix special Sticks and Stones. He does make it clear he has no problem with gays. He has the greatest respect for "them Stonewall n****s" who took up bricks and arms to protest mistreatment. it's "these newer gays" he has an issue with because they're "too brittle."

Now I personally don't have Netflix. I'd rather not fund the father of modern propaganda Edward Bernays' kin and the Obamas as they seek out the next Cuties movie to foist on the world but by chance while I was taking a walk I happened to notice a copy of the new special fall out of the back of a digital streaming media truck so I decided to check it out.

Chappelle is certainly in fine form, but I'm biased as I've been a fan since the 90s. Half Baked came out around the same time that I discovered marijuana so I have seen it a few dozen times. Even watched it once sober, but to be honest, just like Cheech and Chong movies it isn't as funny without herb and the constant weed references are irritating when you've got nothing to toke on.

Chappelle's series Chappelle Show is also another favorite of mine, certainly paved the way for other great skit shows like Key and Peele. Dave however, famously disappeared from sight at the height of his success. Rumors swirled but he finally said that he was concerned about what effect his comedy had on the world and was tired of strangers walking up to him when he was with his family yelling "I'm Rick James beeeyotch."

The point I'm getting to is, I have a feeling that Dave knew what he was doing with this special. He wanted to preemptively separate himself from Netflix perhaps knowing that his controversial special would create some waves. And you know what? I'm glad that he's a multi-millionaire. He has a huge audience and enough money to say what he really means.

At one point early in the special he makes a joke (I won't spoil it for you, but I was howling at the screen personally) that indirectly references the plight of the Palestinians under Israelia apartheid. Of course some will likely call this joke "antisemitic" but considering Palestinians are semites, I'd say it was a decidedly pro-semitic bit of humor. And again, I'll repeat that I feel he knew what he was doing because right after that potentially inflammatory joke and some indistinguishable yelling from someone in the crowd, he slyly smiles and warns the audience "it's gonna get worse than that, hang in there. It's gonna get way worse than that."

"In our country, you can shoot and kill a n**** but you better not hurt a gay person's feelings. And this is precisely the disparity I wish to discuss."

So this was it, the last Chappelle special for a while. Whether that's because he wants to hunker down and wait for the hate comments to subside, in order to have more time to spend with his family or because he has a feeling that Netflix was liable to give him the boot on account of the bad press the special garnered is anyone's guess.

Chappelle opens up saying that he wanted to let everyone know he's rich and famous. That is certainly true and it does afford one a degree of "padding" so to speak. Will he head back to Africa to disappear from the public eye as he did in the early 2000s? It's possible though I wouldn't bet on it. Will he retire from comedy altogether? I certainly hope not and from the sounds of it the break he's taking will be only temporarily so let's hope that's the case.

Morgan Freeman wants to talk to you about Dave Chappelle.

The Closer premieres at midnight. pic.twitter.com/htt2fYS2zx

We've already lost two of the greatest comedians of our age in the past several weeks, Trevor Moore and Norm MacDonald. I am of the opinion that Dave Chappelle should be protected at any cost at this point.
Share this article