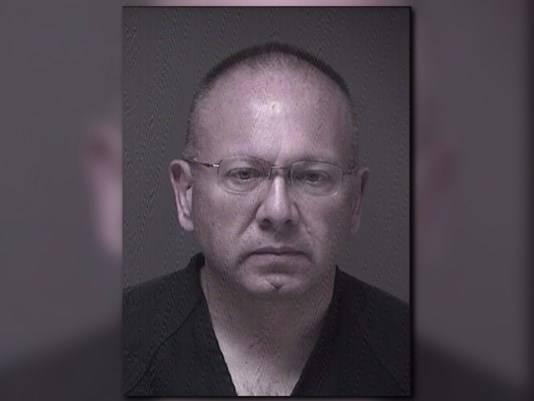 At this point, Catholicism is a complete sham and the church itself is a disgrace.

Prosecutors miraculously dropped dozens of other charges against the Catholic Pedophile, including charges that he possessed and distributed child pornography on multiple occasions in return for the guilty plea.

According to documents from his probation officers, when he was asked why he felt the need to have an attraction to children he claimed it wasn't a likeness to pedophilia at all.

Instead the pedophile claimed that he felt as if he was getting his revenge on God, because God was responsible for his multiple losses during poker tournaments.

I can't make this up, the clear pedophile, who had potentially hundreds of images of child pornography used the excuse that he had a vendetta against God for his failed gambling ambitions as a reason for his crimes against children.

This is an all too common occurrence in the Catholic Church, both crimes against children and the lack of remorse or accountability for those crimes which are committed by Priests, Bishops, and even those close to the Vatican.

“That was his reason," claimed his defense attorney lawyer James Swetz. "He's not happy that's how he felt, as the judge indicated. There are other ways to handle issues and handle anger."

The Director of Communications for the Archdiocese of Newark, New Jersey, Jim Goodness, said that Gugliotta has since been removed from any Public Ministry after Church officials learned of the investigation and the crimes against him back in September.

While Gugliotta could face future disciplinary action including a possible removal from his Priesthood, that happens very seldom in the Catholic Church even for the most vile of criminals.

“Now that the processes in the courts have been completed", Mr Goodness said. "We've also kept Rome abreast of the situation."

The District Attorney's office in Monroe County, Pennsylvania, said they began a several month long investigation into multiple child pornography images they believed that Gugliotta had stored on his computer last August.

At that time investigators determined that many of the images which were found had originated in Gugliotta's weekend home in Gouldsboro.

Gouldsboro is a tiny area which is located about 90 miles West of the Holy Spirit Church, where Gugliotta served as Parochial Vicar in Union, New Jersey for many years.

According to Monroe County authorities, they alerted investigators in Wayne County, who then brought forth a search warrant to the Gouldsboro home back in September.

During that investigation however authorities could never gain access while Gugliotta was at home and could not lure him there with officers as children in order to catch him in the act.

They believe Gugliotta destroyed the evidence before they could enter the home so nothing was found at that time.

Detectives from Wayne County later were able to track down the Priest at his New Jersey church where they interviewed him in person and found his laptop in the Church Rectory.

During that interview they found dozens of images of children as young as three on the laptop, and took him into custody.

Gugliotta had a history of discipline in the past where he had been suspended from the Ministry in 2003 for molesting a teenage boy back in the 1980s, but because the incident occurred when he was still a Layman, before you acquire actual Priesthood, the Archdiocese of Newark ruled he could not be punished and quietly reinstated him in 2004.

He went on to have a long career in the Priesthood, including Ministering to multiple youth groups around the country before his convictions.

Good job keeping people alert on this stuff. The guy is clearly a total lying pedo - the only kind there is. Almost all of these guys start out at child victims of adult molesters. No way did this start as "revenge for poker losses"! Ridiculous!