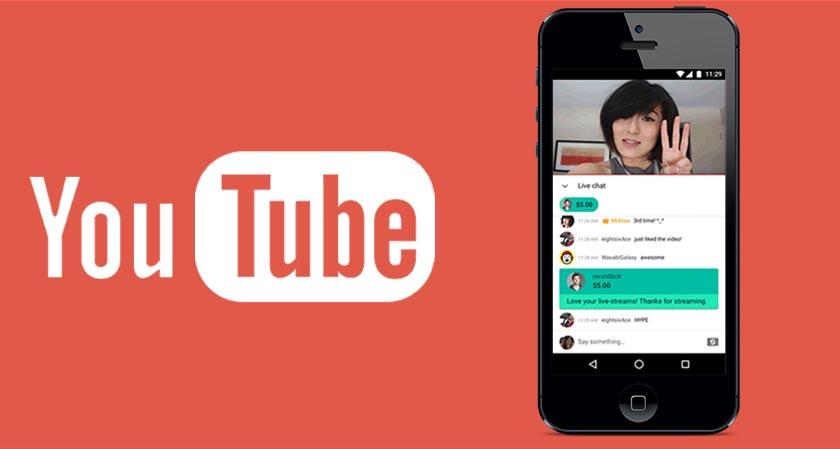 Internet Bloodsports and YouTube Superchats have become the latest target of the online thought police. After Brexit and the 2016 election, the power of the platform was made dangerously clear to the enforcers of opinion and protectors of the status quo. The latest tactic has been conflating free speech with racist hate speech and equating that with physical violence. In the typical fashion, no room for nuance is allowed. An Attention Deficit mentality and quickness to adopt outrage whilst jumping to conclusions is endemic throughout cyberspace and the tendency infects those on the left, right and center from the moderates to the most extreme.

In a <a href="http://archive.is/YH0dN">recent article at Buzzfeed</a>, the same folks who brought us such stellar investigative journalism as "the Pissgate Dossier" is taking on the dark underworld of YouTube superchats. Now, I'm kidding here a bit, but no doubt people say incredibly cruel and hurtful things online and in certain forums. Some cognitive behaviorists would argue that "confronting" triggering material could actually be healthy. Once you allow this chilling effect to eliminate "conspiracy theories" as hate speech and alternative news and dangerous fake news free speech is effectually dead.

YouTube has already been heavily pressured lately to do what they have wanted to do the whole time. Since the CNN story recently that led to several major advertisers jumping ship from YouTube to kratom and nootropic channels being pulled without warning, it's likely all connected. Another thing I would bank on is that it is far from over, much more likely it's just gearing up.

<blockquote>YouTube told BuzzFeed News its community guidelines against hate speech, harassment, and other prohibited content apply to chats as well as videos, and that viewers can flag inappropriate comments. Channel owners have the ability to bring in extra chat moderators, ban specific words and phrases, or turn chats off entirely. The company also pointed to a February announcement that it is taking a harder line on content that brings “harm to the broader YouTube community.”

Donovan, the researcher with Data & Society, said the regularity of hateful comments can have the long-term effect of normalization those views. She said that what may start as a “very lulzy, jokey, trolly way to get laughs” can “stop being funny and start becoming part of your own value system” through repetition.</blockquote>

Ethan Ralph of the Ralph Retort offered <a href="https://www.buzzfeed.com/ishmaeldaro/youtube-comments-hate-speech-racist-white-nationalists-super">a quick rundown</a> just before the weekend.

<blockquote>I have a meeting to go to in like 30 minutes, but I thought it was worth writing a post about a BuzzFeed column that’s circulating this morning. It’s about YouTube’s Superchat system and the ways it allegedly “monetizes racism and hate speech.” I guess it was only a matter of time before cucks tried to snuff out the latest source of revenue for people like, well, me. The mainstream media and their allies at sites like BuzzFeed want to stamp out alternative media sources by any means necessary.</blockquote>

Memes borne of imageboards and the burgeoning "free speech" movement were instrumental in happenings like Brexit and the defeat of Hillary Clinton in the 2016 election. As a result, the mid-terms have been a test run for "shutting it down" before the 2020 elections get here.