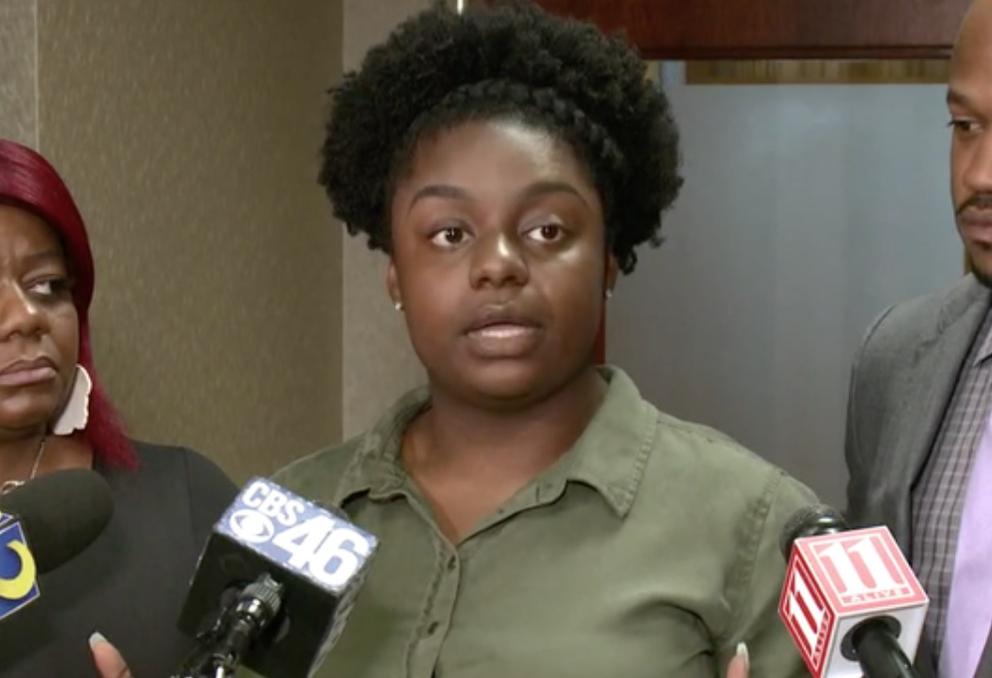 A victim of a brutal rape scenario was awarded a whopping 1 billion dollars against a security company after one of the company's guards raped her when she was 14. The jury awarded Hope Cheston the astonishing amount following the apartment complex's security guard's rape conviction. The ordeal took place during a party in October 2012 when the armed security guard approached a picnic table where Cheston and her boyfriend were sitting. Attorney L. Chris Stewart said the guard told the boyfriend not to move and proceeded to rape the 14-year-old Cheston.

The lawsuit identified the guard as Brandon Lamar Zachary who was 22 at the time of the rape. He is serving a 20-year prison sentence for statutory rape according to prison records. The lawsuit was levied against the security company Zachary worked for by the victim's mother, Renatta Cheston-Thornton. The jury awarded Cheston a $1 billion settlement against Crime Prevention Agency which is the security company who employed Zachary. Stewart said that Zachary should never have been hired since he wasn't even a licensed to be an armed guard.

The security company was found to be liable for Zachary's actions by a judge, so the jury's only job was to determine the amount of the damages. After reading the verdict, Stewart says the jury immediately left the jury box without the judge's permission to hug the victim and her mother. Requests to reach the Crime Prevention Agency's CEO, Mario Watts, have gone unanswered and the company was dissolved in 2016. Cheston is currently 20-years-old and attending college full-time. She plans on spending her summer working with an organization in downtown Atlanta to help homeless people. Cheston said she hopes her story will provide some strength to other victims of sexual assault.

"I feel like my case is just to show that you may not get it immediately, but you will get what you're worth," Cheston said. "This shows that people do care about the worth of a woman." Stewart said he has been involved in many sexual assault cases but the verdict, in this case, shocked him. He said that he asked jurors to try to quantify the monetary value of the pain that resulted from the rape. "I was really proud of the jury because there is no basis in the legal world for how high a rape verdict can be," Stewart said. Jeff Dion, the director of the National Crime Victim Bar Association said he had never heard of a $1 billion verdict. Dion said, "This jury was clearly trying to send a message about bad conduct on the part of the company."

Lawyer even knows better than to expect to see $1B.

Crime Prevention Agency Inc. has 2 locations and a net worth is likely in the 10 million range.

IF they win the likely appeal, some Judge if not this one, will likely overturn the awarded amount. An reduce it to some some reasonable that she can actual stand a chance to collect.

Besides unless the Employer knew the guy was a likely to commit a RAPE or SEX Crime there is no Grounds for an award.

I agree the amount is ridiculous, but your statement is even more so. Rape is akin to killing something inside of a person. It never really heals completely or goes away.

Yes as a Male I cannot fully grasp the emotions for each of the various stages and levels for is now called Rape in today's society. I get that, and I totally agree.

In this case if, she was forcibly raped, then she rightfully deserves to see that guys testicles mounted on her wall.

But unless his employer knew he was a Sex Pervert, or had a record as a Rapist or Sex Offender.

Then why should a business be responsible for his unauthorized criminals acts?

What I have also seen and learned is, that in today's world there some of the more Radical Feminists abusing, misusing the word and meaning of what Rape really is defined as.

These Uber Feminists abuse it and stretch the meaning to include simple male yapping talk to innocent contact to forced penetration. An these hard core types do it for Fame and fortune, not the victims. Just like Rev Al and Rev Jesse that swoop in for TV and $$$$ to play the Race Card or the NAACP does for funding, donations and justification of continued existence.