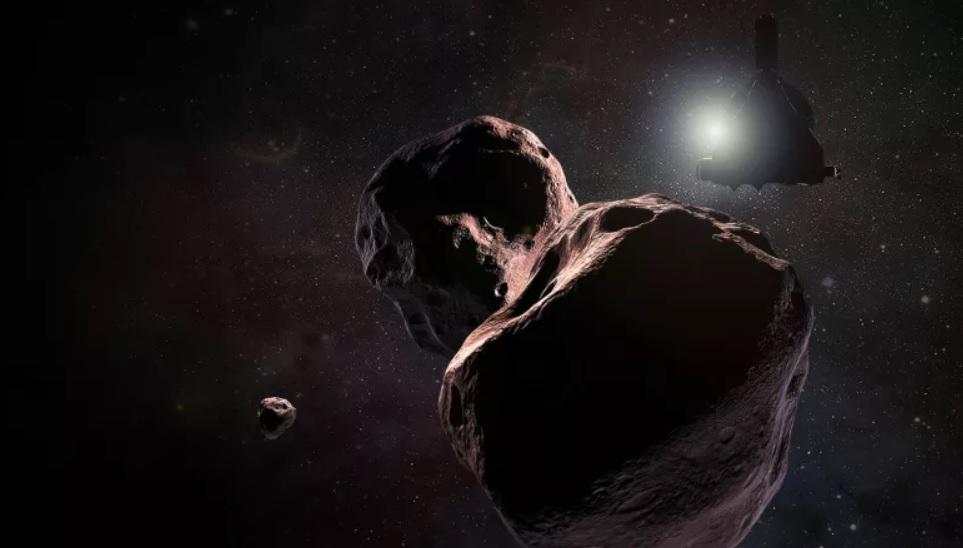 The New Horizons spacecraft which has become Pluto's most famous visitor has woken up after 165 days of hibernation. The unmanned spacecraft is traveling onward to its next destination in the Kuiper Belt deep in the solar system. The next stop for the probe is an object known as "Ultima Thule" but its official name is MU69.

New Horizon’s Principal Investigator Alan Stern from the Southwest Research Institute in Colorado excited tweeted, "IT'S HAPPENING! IT'S HAPPENING! New Horizons is awake after a nearly 6-month hibernation. Flyby preparations for Ultima Thule begin shortly!" The probe went into hibernation in December 2017 sort of like a "standby mode" or "sleep" for a computer while it hurled through space for months toward its next destination.

The hibernation was only a partial shutdown which allowed onboard computers to monitor the probe's health and send updates back to Earth. While the New Horizon traveled, researchers planned the approach to Ultima Thule and counted down until it was time to awaken the probe. The team has a long list of things to do, the team will have to update the spacecraft's memory, check the instruments, and plot the craft's course as it nears the mysterious object.

Related coverage: <a href="https://thegoldwater.com/news/4546-NASA-Says-There-Are-No-Child-Sex-Slaves-On-Mars#4556">NASA Says ‘There Are No Child Sex Slaves On Mars’</a>

The New Horizons spacecraft will begin observing the 20-mile in diameter hunk of ice and rock in August and it will reach its closest approach on January 1, 2019. The target may sound unremarkable, but Emily Lakdawalla and Casey Dreier explained for the Planetary Society that they were having trouble finding a new target beyond Pluto but with help from the Hubble Space Telescope, they found MU69 in June 2014.

MU69 resides over 1 billion miles past Pluto and will be the farthest object ever explored by NASA. Pluto is already about 3 billion miles from Earth making the distances the probe is reaching extremely vast. Researchers are hoping the probe will capture high-resolution images of the object and potentially help scientists figure out what exactly its made from. The end goal will be to learn more about the Kuiper Belt, a mysterious corner of the Solar system where enormous rocks orbit a distant Sun.