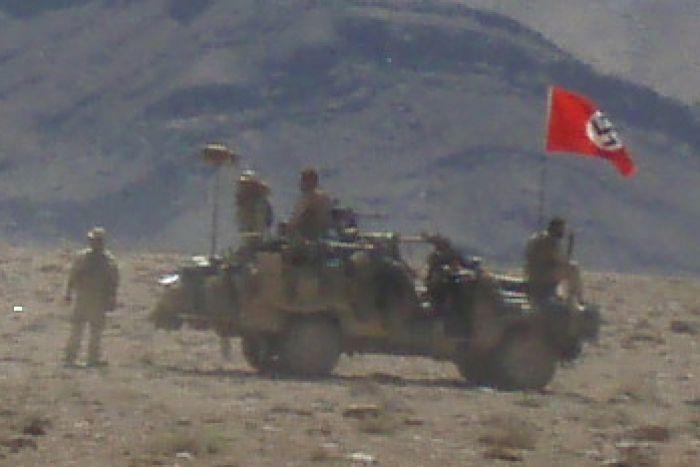 The Australian Defence Force Flew A Nazi Flag In Afghanistan

Two sources from the Australian Defence force have identified a particular soldier as the man who took the flag to Afghanistan. Several photos of the flag being flown on the Army vehicle have been circulated by soldiers. One source from the Defence force said the flag was a "twisted joke" and not a representation of the soldier's ideology.

The source was adamant that there was no evidence it was an expression of genuine neo-Nazism although it was up for a "prolonged period". An official Defence spokesperson said, "Defence and the ADF reject as abhorrent everything this flag represents. Neither the flag nor its use are in line with Defence values."

The official continued, "The flag was briefly raised above an Australian Army vehicle in Afghanistan in 2007. The commander took immediate action to have the offensive flag taken down. It is totally inappropriate for any ADF vehicle or company to have a flag of this nature. The personnel involved were immediately cautioned at the time and subsequently received further counseling. Additionally, steps were taken to reinforce education and training for all personnel who witnessed the flag."