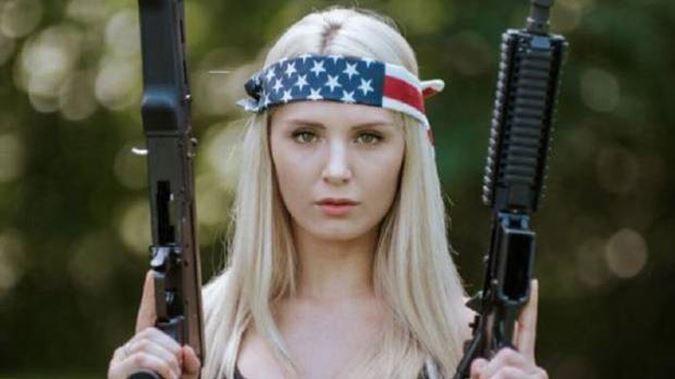 Australia has shown they are no different than liberal universities, social media giants like Facebook and YouTube, and Democrat leaders that refuse to give a platform to conservative voices. A conservative activist by the name of Lauren Southern was scheduled to tour Australia with another Canadian conservative but had her visa declined by the Australian government. 23-year-old Laura Southern was set to appear on a speaking tour in Melbourne, Perth, Adelaide, Sydney, Auckland, and Brisbane before authorities canceled her visa.

Southern was scheduled to appear alongside a conservative YouTube personality named Stephen Molyneux in a series of events put on by Axiomatic Media before her entry into the country was blocked. Molyneux and Southern are known for their conservative views and values, especially when it comes to topics such as immigration, Islam, social justice warriors, and political correctness. Southern is also a supporter of the anti-illegal immigrant group Defend Europe which seeks to prevent illegal migrants from entering the EU from Africa.

Ross Cameron posted a tweet saying, "Australia declines visa for Canadian @Lauren_Southern." An email Southern received from Australian Electronic Travel Authority (ETA) officials said, "The Australian High Commission have advised that you are not eligible for this service. You may wish to consider applying for a Visitor Visa (Subclass 600) with the Australian government." Just last week, Auckland Mayor Phil Goff banned both Molyneux and Southern from all council venues saying, "shouldn’t be used to stir up ethnic or religious tensions" simply for wanting to have a discussion on topics that make left-leaning countries like Australia uncomfortable.

The founder of Axiomatic Media Luke Izaak which planned on hosting the pair said on Twitter, "Here you go Australia. Zero criminal record, zero history of incitement to violence, more defamation of her character by the hard left than I have seen on any Conservative speaker all year and still @Lauren_Southern is fighting to come visit #wakeupaustralia." The Home Affairs website says an Australian ETA is for "short-term stays for tourism or business visitor activities such as attending a conference, making business inquiries, or for contractual negotiations" and is "not a work visa".

Related coverage: <a href="https://thegoldwater.com/news/30657-Australia-Perth-Cops-To-Be-Armed-With-AR-15-s-To-Combat-Active-Shooter-Attacks">Australia - Perth Cops To Be Armed With AR-15's To Combat "Active Shooter" Attacks</a>

To obtain a Visitor Visa (Subclass 600) it cost between $140 and $1045 and only allows the recipient to visit Australia "for business purposes" for up to a year. Axiomatic Media is charging $79 for a ticket to hear Molyneux and Southern speak but for $749 you can have an "intimate dinner" with the two Canadian conservatives. Izaak said that neither one of them has criminal records.

"One-and-a-half weeks ago they asked for a criminal record check. Neither of them have criminal records, they got those clean, and still no response," he said. "Her immigration lawyer advised them to get a temporary ETA so she and Stefan can at least be getting the lay of the land, having a look at Sydney Harbour Bridge, [go to] Cairns for a crocodile safari, to immerse themselves in the country before they speak about it, and hope the government comes through with the [408 visa]." Sadly, Southern was even denied an ETA meaning she will most likely have to sit out the Australian leg of the tour.

Just setup a satellite communication conference, which is less than the plane ticket and travel expenses.

Or use a 2 ways Internet video conference feed,put on a 2 or 3 large LED screens at a rental cost under $2,500 (usd) per location hour

It would also serve to expose the LEFT as Fascists & Censors of Free Speech.

You have to have a proper working visa to come to Australia to make money.

I was absolutely with them until I read this "Axiomatic Media is charging $79 for a ticket to hear Molyneux and Southern speak but for $749 you can have an "intimate dinner" with the two Canadian conservatives."

Stick it up your ass. They don't care about spreading a message or stopping the tyranny of leftist fascists any more than any other thousand dollar a plat politician.

She was coming to Australia to make money, to work. She was right to be refused as she didn't apply for a *working* visa.

If she was coming to spread a message without lining her pockets this visa refusal would have been wrong.