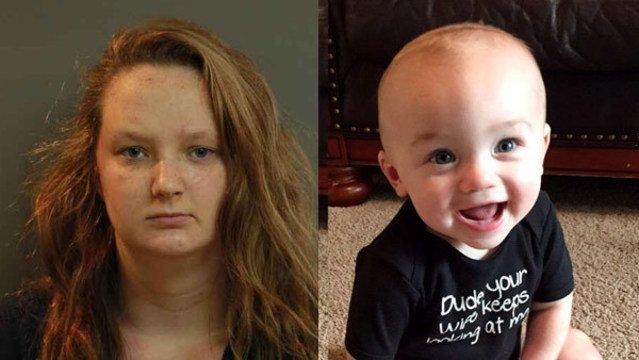 A babysitter from Florida has been sentenced to 40 years in prison for the tragic death of an 8-month-old baby she was supposed to take care of.

Adrianna Bradley, 22 years old, was convicted in February of aggravated child abuse and manslaughter. She faced up to 45 years in prison.

Officials said Bradley had been babysitting Jaxon Betts for several months until she called his mom that ill-fated day in September 2015 to say the baby wasn’t breathing.

Court records show that an autopsy was carried out to determine the cause of the baby’s death. The result was shocking, but it also proved crucial in convicting Bradley- it was established that Jaxon died of brain swelling after being violently shaken.

During the investigation, Bradley claimed that Jaxon had fallen backward while playing on the floor with her 10-month-old son. The then 20-year-old regular babysitter of Jaxon claimed that she did not see any injury marks on the baby’s head and so she went on with his feeding. She claimed she observed at about 2 p.m. that Jaxon had stopped breathing and was not moving in the playpen, so she performed CPR, and called the mother and paramedics.

Investigators said then that when Jaxon was examined at the hospital, two small, parallel marks — each about 2 inches apart and 1 inch long — were discovered on the back left portion of his head. The sheriff’s office said then also based from the autopsy result that the injury sustained by the baby could not have occurred from a fall.

>The babysitter from Florida has was to 40 years in prison

why is Savannah Smith allowed to write here again? read what you wrote before you publish it ffs