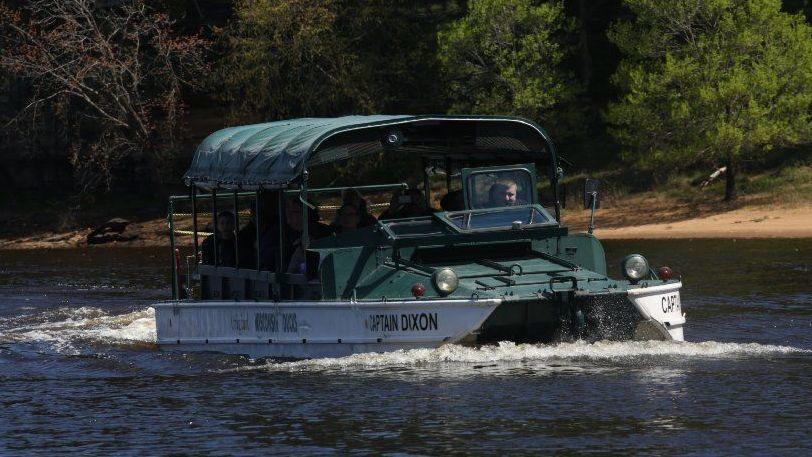 A phone call left Jason Field in disbelief after it brought the news that a duck boat had capsized in Table Rock Lake in Branson, Montana. Field is the grandson of Melvin Flath, the man credited with popularizing the national tourist attraction of "duck boat" tours in Wisconsin Dells.

Flath was contracted by the U.S. government in the 1940's to truck iron to Milwaukee mills and one day he heard of a government action in Los Angeles. There were supposed to be 250 trucks for sale and Flath decided to travel to 2,000 miles to potentially expand his trucking business.

When he arrived in the Golden State there were no trucks, only military vehicles manufactured during World War II and designed to travel on water and land. Flath and his brother bought one for $250 and drove it back to Milwaukee and while on a trip to Wisconsin Dells he got the idea for duck boat tours. The venture still operates on the same property Field's grandfather started it on in 1946.

Sadly, one of these land and sea vehicles sunk during a storm with towering waves that overpowered the boat. "There was nothing you could do," one witness said. The Duck Boat sunk in a 40-foot section of the lake and nearby vessels attempted to throw life jackets to the survivors but the conditions of the storm were very severe.

When asked about the 17 people that drown when a severe storm hit the Branson area causing their duck boat to capsize Field said, "I hope it never happens ever again. Unfortunately when you get in your car, when you get on an airplane, when you get on a train, it's a numbers game."

Dan Gavinski, general manager of Original Wisconsin Ducks said, "We've been operating safely in Wisconsin Dells for 73 years. We are not changing any of our rules and regulations in light of what has happened down there with a different vehicle and under those weather conditions. Our record speaks for itself."

While 40mph winds and the waves it suddenly kicked up are the reason for the results.

Taking the Duck out knowing such weather was likely a stupid profit based decision .

The bulky life vests were not worn due the PACKED Duck Boat.

They need to reduce the total passenger size and/or switch to the modern thin dense foam ski/fishing vests that keep passengers afloat just as well. The old style (1920's) life vests are antiques .