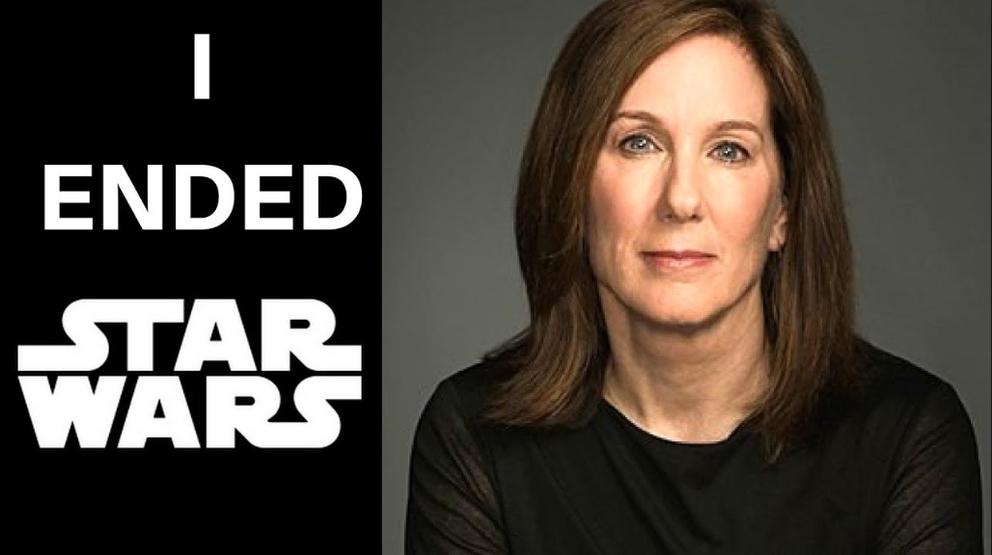 For over three years now, top-level Disney and Lucasfilm employees have been dismissing critics as being overweight, white, sexist, bigoted, man-babies who are living in their mom's basement. These are not my words, these are the words of people like Rian Johnson, J.J. Abrams, Freddie Prince Jr, Kathleen Kennedy, Chuck Wendig, Pablo Hidalgo, Jonathan Castdon, some of the highest-level decision making authority figures at behind the franchise.

Now, a new poll conduced by a reddit user on r/StarWarsBattlefront sought to find out the most wanted characters to be added to EA's Star Wars Battlefront 2. Over 12,000 people responded to the poll and here are the results:

One of the common ways of dismissing critics of even Star Wars video games is to point to GamerGate where a few gamers allegedly threatened a female gamer. Although GamerGate was proven to be false and while the female game developer who was allegedly targeted probably did get some nasty hate online, the majority of the so-called "harassment" was proven to be carried out by the girl herself.

So why is the most requested hero out of 12,000 votes a female? That seems to fly in the face of Star Wars Rebels voice actor Freddie Prince Jr.'s tweets about the only people who are upset about The Last Jedi are "insecure boys". "A lot of boys growing up spent the allowances that Millennium Falcon and they dreamt every single day that one day Han Solo would give it to them. And he gave it to a girl," Prinze told AOL. "That just wrecked a lot of insecure boys' hearts, man. And I'm so glad."

Or what about President of Lucasfilm Kathleen Kennedy and her progressive "woke" political campaign "The Force Is Female"?

And there's creative executive and member of the Lucasfilm Story Group Pablo Hidalgo who has on so many dozens of occasions threatened and disparaged Star Wars fans on Twitter that he was forced to delete his entire history of Tweets recently. A couple such tweets include Hidalgo saying, "This is how an alpha manly owns someone. 'Our continued and debilitating obsession with our childhood passions was caveman masculine until the dames ruined it."

Then there is Rian Johnson, the writer, and director of the absolute disgrace and intentional trolling of fans that were called The Last Jedi. Johnson frequently referred to those who criticized his films many problems as "manbabies".

Cast and crew for the Star Wars franchise have had no problem publicly demeaning white males and other critics of their current franchise as sexist, and bigoted. When approached by a fan who offered some constructive feedback to his character, Finn actor John Boyega tweeted, "We don't care."

Well, so what does this latest poll show? It shows how insanely out of touch Disney and Lucasfilm are with their fans. Instead of alienating, using sexist and racist terms against the very people who spend their money on Star Wars products, perhaps they could take some of the criticisms into account when making future Star Wars.

Instead, all we have seen is Disney and Lucasfilm double-down on their feminist agenda at the expense of anyone who they call a racist or a bigot on Twitter. Out of the pull results, 28.8% out of the 12,000 polled wanted Ahsoka Tano to be added to the game, she is a female character. The runner-up most requested character with 3,036 votes was Mace Windu, a black Jedi played by Samuel Jackson. This sure doesn't seem to be the most racist, sexist, bigoted people are fans of Star Wars to me?

>dismissing critics as being overweight, white

Kike projection, what else is new? Let's see how tough they are when they're swinging from lamp posts.

Disney and hollywood are overrun by a bunch of satanic pedophiles and cannibals! These sick pieces of filth will fall! We know now and everyone is shutting off their tv"s!

Never watch any disney controled out let, espn, abc etc. join the boycott! Cut the cord! Let them get their viewers from parasitical skanks that they like so much.