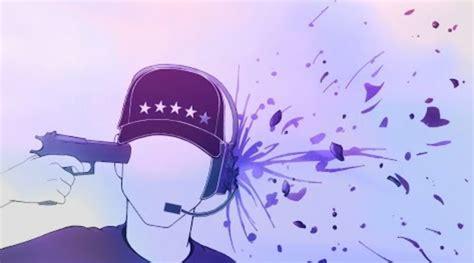 Strange how things come full circle. For those familiar with #Gamergate lore, the Internet Aristocrat is the stuff of legend. It was IA who tied together the strands that formed the "Quinnspiracy" surrounding Zoe Quinn's questionable relationships with gaming "journalists" and the ethical quandary brought about by such conflicts of interest. Around the same time, Matt Jarbo aka Mundane Matt made his name largely based on the fact that he was "false flagged" by Zoe herself.

Ironically, Jarbo himself has recently admitted to his own bout of YouTube flagging abuse that he chalked up to being in a bad headspace or some such. Hold on though, this is just the minimum of backstory necessary for us to proceed. Internet Aristocrat lives on now as Mr. Metokur (aka "Jim") and a number of other handles.

Bear in mind, Jarbo and another YouTuber Kraut have both been under the microscope for flagging, doxing and other unsavory activities. That's how they managed to end up on a short list along with Laura Loomer, "the furries" and several other parties who would likely be interested in taking him down. That's the thing though when you've made more enemies than Jimmy Hoffa and JFK combined it's hard to narrow down the culprit from amongst the mass of "usual suspects."

An interesting point to note, Metokur's banhammer message was not the de rigeur copypasta, nope, he was banished for "multiple or severe violations." I guess they had to come up with some reason for jerking his channel down without reaching the three strike limit allowable by YouTube.

It could be mass flagging but would that account for the customized termination notice? One thing is certain, for those most familiar with Metokur they will vouch that, as usual, Jim is a good boy and he dindu nuffin.

In a similar manner to Alex Jones, Metokur was faced with an across the board social media ban. YouTube, Twitter, then Facebook. At this point his Patreon and (thank God for Ethan Ralph) the Ralph Retort podcast #Killstream were his only means of communication with his fans.

Ralph, by the way, is still suffering under a strike limitation from YouTube that occurred when he had the gall to resurrect an embarrassingly racist old video from Jarbo on #Killstream. Kraut, who was involved in the Kilroy debacle (a honeypot for YouTubers similar to Candid, briefly mentioned later) running a Discord server for the purpose of doxxing considered suspect seeing as he suddenly reappeared on the scene after an 8 month hiatus.

The Kraut and Tea drama and the Candid App were one of the final nails in the coffin of the "Skeptic movement" and foresaged the fall of Sargon and Jarbo. Candid and Kilroy and Kraut and the rest of that will need to be filed under "story for another day though" once again, just offering the most basic background to understand the situation. Besides, Jim knows more about all these stories and <a href="https://drive.google.com/drive/folders/1bJJIDgWnElEiA3Fm5e7phfAaTsWgeHCr">tells them better himself anyway.</a>

What could he have done to have deserved to be dropped from three networks in the space of 12 hours though? Well, apart from our potential red herring furries and skeptics there's the fact that he committed an unforgivable sin.

He made "legitimate news media" look stupid. Now to be fair, if you pay much attention (or at least grab crib sheets from internet sleuths like Metoku,r) you'd know that they already look kind of stupid. The quest for truth doesn't exist, can not exist while competing with the quest for narrative control.

Metokur has mentioned previously how distasteful he finds the ghouls of reporting who, like ambulance chasing sharks or, hell, the aquatic kind for that matter, go into a vicious frenzy at the sight of blood and mayhem. Jim couldn't resist offering his testimony to mayhem hungry journos regarding his horrific experience at Jacksonville:

"It was really traumatic. I was there with my wife's son DeAndre, he was in the tournament. We both hid after the first few shots. Thank God my wife's boyfriend Travarias was able to come get us. I was literally shaking the entire ride home."

Jean Donovan, Ph.D called this "source hacking in action." I'm sure it will be referred to as a new ploy of the alt-right under the control of the Russian bots to hack the next election.

By the way, for those of you familiar with Sam Hyde, you'll recognize the <a href="https://www.forbes.com/sites/fruzsinaeordogh/2016/06/02/explaining-the-sam-hyde-as-mass-shooter-meme/#3a0de1021270:">"my wife's son" meme that Sam Hyde so deftly applied</a> when being interviewed by Business Insider. Of cour,se they fell for it. They always fall for it. Reporters don't fact check because no one expects the facts to be checked.

Case in point, how Laura Loomer reported that YouTuber Ice Poseidon was responsible for the attack over her Twitter only to rescind the statement, apologize and claim "someone else" was currently operating her Twitter at the moment. The ol' "I always let a friend Tweet for me when the news is breaking" routine, eh Laura? Classic…

He also pointed out how Tariq Nasheed, predictably, blamed the shooting on a "white identity extremist" despite the fact that David Katz happens to be Jewish. And for this, he deserved "the Alex Jones treatment" as the kids are calling it these days. It's really convenient with all these pesky algorithms doing the work like Roombas buzzing about cyberspace tasked with sucking wrongthink down into the memory-hole.

<blockquote class="twitter-tweet" data-lang="en"><p lang="en" dir="ltr">Bam. Found the underlying point: TAKING RESPONSIBILITY<br><br>As long as a magical system is deferred to it &quot;just happens&quot; and you don&#39;t have to take the blame or put your name on it. With human moderators you suddenly have accountability.<br><br>Accountability: the bane of weak souls.</p>&mdash; zxq9 (@zxq9_notits) <a href="https://twitter.com/zxq9_notits/status/1034336671540473856?ref_src=twsrc%5Etfw">August 28, 2018</a></blockquote>

Twitter user @eldamark pointed out how Jim was shut down on three "ostensibly competing services near-simultaneously, without any form of transparency or appeal."

As for the latest, Jim's YouTube is back up. For now. Some claim to have gotten such quick turnaround from the dark powers of social medai-opoly must have involved some serious sacrifice to Moloch, but I won't delve into such conjecture for now.

We'll be keeping an eye on this story as it develops, stay tuned.

It is being reported that YouTuber Keemstar managed to help get Jim's channel reinstated at YouTube:

When cry babies stop trying to silence those with whom they disagree…this will end.

If you want to know the most satanic irony, think about it this way, a video can literally have 1 MILLION+ views, and 500,000+ likes, yet if only 3 people "flag" the video it can be removed. This is how satanic atheist mafia monopolies "justify" what they do. Also…

The Satanic lie of "hate speech" is nothing except the agenda of the Antichrist himself and all the totalitarian atheists aka marxists who serve him.

The TRUTH is that

ALL SPEECH is hate speech.

The only difference is what and who you hate.

ALL SPEECH is love speech

The only difference is what and who you love

The very words YES and NO communicate hate or love towards something or someone.

have doubled down on their agenda of

concept of "hate speech" in order to

control what is spoken and ultimately

is known to exist.

It is ALL a satanic lie simply meant to criminalize Christianity at its root and everything that branches from it, namely conservatism or any belief system which does not bow to the lies of Darwin, Marx, Lenin, etc.

The end of the world is here exactly in the globalist antichrist atheist way the Bible predicted it would be. The Antichrists who now control the world by monopolies

are beginning to implement their

agenda. Next will come the mark of the beast himself and you won't be able to buy or sell or take part in this globalist system without bowing to its agenda.

Oh my gosh, I can't believe you are actually taking the side of some super Nazi like Metokur and throwing my beautiful boi Matthew under the bus like some cripple's unleashed tard wrangler of a pet. How dare you I have already reported everyone involved to the FBI and CIA and NYT and TYT and the media spanking shall be tight and righteous for I am the Lord
As our dear Reuben Rivlin is my witness I shall watch this wretched excuse for a publication destroyed and blood will fill the streets like Jarbo's lube spills from my asshole
Good Day Sirs