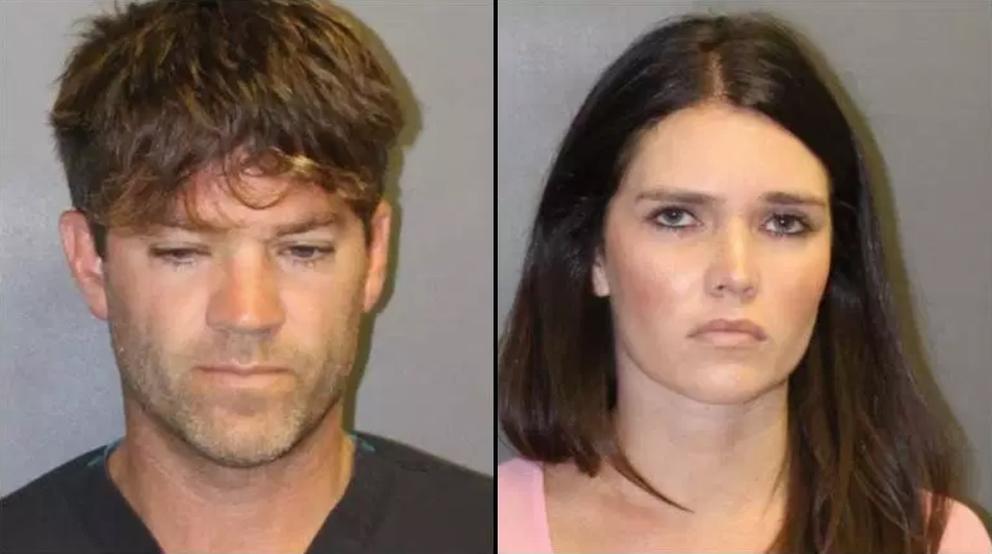 A California surgeon and his girlfriend have been arrested for drugging and raping multiple women. 38-year-old Newport Beach resident Grant William Robicheaux who appeared on a Bravo TV dating show and his girlfriend Cerissa Laura Riley were arrested for rape and several other charges, according to the <a href="http://orangecountyda.org/civica/press/display.asp?layout=2&Entry=5710">Orange County District Attorney's Office.</a> Robicheaux appeared on the reality show "Online Dating Rituals of the American Male" in 2014.

31-year-old Riley is from Brea, California and worked as a dance teacher. The pair are accused of working "in tandem" to drug their victims and then sexually assault women while they were incapacitated and unable to consent, according to District Attorney Tony Rackauckas. "The defendants may have traveled together to various festivals and locations since 2015 including Burning Man in the Black Rock Desert, Nevada, Dirtybird Campout festival in Silverado, Splash House festival in Palm Springs, and landmarks near Page, Arizona," the district attorney's office said.

Both Robicheaux and Riley were released on $100,000 bond on September 17 and are scheduled to appear in court next in October.

An attorney for the pair issued a statement on their behalf saying, "All allegations of non-consensual sex are unequivocally denied by Grant Robicheaux and his girlfriend Cerissa Riley. They have been aware of these accusations for a number of months, and each of them will formally deny the truth of these allegations at their first opportunity in court. Dr. Robicheaux and Ms. Riley believe that such allegations do a disservice to, and dangerously undermine, the true victims of sexual assault, and they are eager to have the proper spotlight shed on this case in a public trial."

The statement continued, "It must be noted that none of the allegations in this matter relate to or concern Dr. Robicheaux’s medical practice or patients in any way. They both thank their families and friends for their continued support."

DA Rackauckas said the pair used their status and looks to gain the trust of their victims. "People often assume rapists are creepy, scary men who lunge out from hiding amongst bushes and attack unsuspecting women. The reality is that rapists come in all socioeconomic groups, any background," Rackauckas said.

He continued, "It's important to understand that rapists can look like anyone. They can be anyone. They can be either gender. This morning, my office is announcing the filing of charges and arrest of well-known orthopedic surgeon Grant Robicheaux and his female companion Cerissa Riley. In the materials we’ve seized, there are thousands and thousands of videos and images on Robicheaux’s phone, many also including Riley, which we’re now meticulously going through."

Rackauckas added, "There are several videos where the women in the videos appear to be highly intoxicated beyond the ability to consent or resist and they’re barely responsive to the defendant’s sexual advances. Based on this evidence, we believe there may be many unidentified victims out there."

Prosecutors say the first incident took place in April 2016 when Grant and his girlfriend met the 32-year-old victim at a restaurant in Newport Beach. The couple then invited her to a party and escorted her to their apartment "once she was intoxicated", the district attorney's office said. The DA's press release added, "The defendants are accused of supplying multiple drugs to the victim then raping and orally copulating her while she was prevented from resisting due to intoxicating and controlled substances and they should have reasonably known of her condition." The victim went to the Newport Beach Police Department the following day where she underwent a forensic exam.

The exam revealed the presence of multiple controlled substances, according to prosecutors. They went on to say the couple met the second victim at a Newport Beach bar on October 2, 2016. Prosecutors say Grant and Riley drank alcohol with her until she was "no longer conscious". They then took her back to Robicheaux's apartment where they are accused of "sexually assaulting her with intent to commit rape."

Rackauckas told reporters that they suspect there are more victims but they don't know whether all the incidents happened the same way. "But we do see is that there is a bar, the couple is in a bar, Cerissa introduces her, meets the lady and then introduces her to Robicheaux and then they invite her to a party."

Rackauckas said in one case the party was on a boat. "She's having some drinks, she feels more intoxicated by the drinks than would ordinarily be expected, pretty soon she’s very intoxicated and hardly knows what’s going on. They take her to his apartment and perform all of these sex acts on her. So that’s the general way that we’ve seen it."

He went on to say, "women who have encountered these two might have felt a false sense of security due to the fact that both defendants are clean cut and good looking. We tend to trust doctors who take an oath to do no harm. The second defendant being a female is key. A woman purporting to be his girlfriend clearly paid a significant role in disarming the victims and making them feel comfortable and safe. We believe the defendants used their good looks and charm to lower the inhibitions of their potential prey."