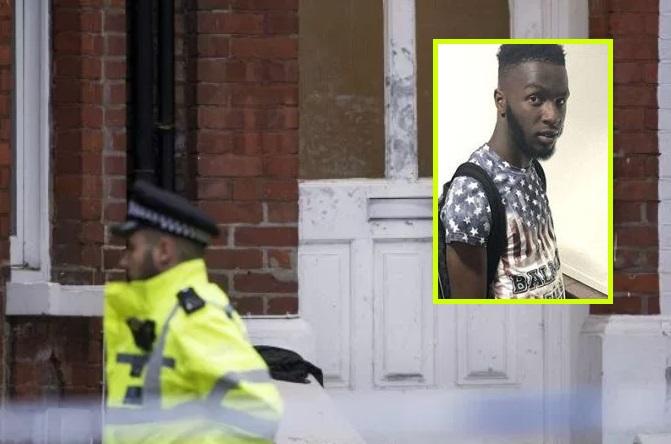 Another Day, Another Stabbing Death in London, Murder Count Flies Past 100

The stabbing death of a 20-year-old man has prompted a murder investigation in north London marking over the 100th homicide this year, according to Scotland Yard. Police responded to a house party at a flat in Wilderton Road, Stamford Hill, around 1:00 a.m. after receiving reports of a fight taking place.

Police found a 20-year-old identified only as "Nanabanger" on social media badly injured at the scene with multiple stab wounds. An apparent fight had broken out at the party, and the victim was stabbed. Police transported him, but he died at the hospital several hours later. The police were also called to Wickford Street at 9:30 p.m. to the scene of a second stabbing victim where a 16-year-old boy was stabbed in the leg. A second 16-year-old had his phone stolen but was not injured.

The second stabbing victims were walking near Malcolm Road when a group of violent muggers on bikes approached them and tried to steal their phones, according to police. The first victim was stabbed on Cambridge Heath Road and the second was stabbed on Wickford Street.

No arrests have been made, and police are continuing to investigate the incident. This is just the latest in what has become a normal series of violent events for London where crime is out of control because the criminals are allowed to commit crime and citizens are not allowed to fight back. In countries where guns are legal like America, people are less likely to roam around stabbing teenagers because someone with a gun might shoot them.

That is what the city's liberal Labour Party mayor Sadiq Khan has condemned Londoner's to a life of victimhood and punishment. If you are even caught with a knife by police, you are charged with a series crime and jailed, even if you were only carrying the knife as self-defense and never used it to commit an actual crime. Thanks to the buffoon running London, criminals are roaming free and uninhibited by the law, while good people are forced to abide and go about with no means of defending themselves.

Detective Chief Inspector Andrew Packer is leading the investigation and has called for help from those who attended the party where the victim was killed. "What we know so far is that all three of these victims appear to have been attending a large house party at the address on Wilderton Road," Detective Packer said.

<blockquote class="twitter-tweet" data-lang="en"><p lang="en" dir="ltr">We are saddened to announce the passing of a talented young man known as Nanabanger. NB was an amazing DJ with a incredibly clean heart. I hope NB death is not in vain and as a generation we can wake up to realise we are kings &amp; queens. RIP King Nana 🙏🏿 <a href="https://t.co/ReSfjYRDhD">pic.twitter.com/ReSfjYRDhD</a></p>&mdash; #LestaMania (@Limitless_prom) <a href="https://twitter.com/Limitless_prom/status/1043590853787303936?ref_src=twsrc%5Etfw">September 22, 2018</a></blockquote>

A friend of the victim, midfielder Timothy Fosu-Mensah, posted a photo of him on social media saying, "RIP to you my brother…love U may god bless U @nanabanger." A friend of the birthday boy named Jordan Henry said, "It was an 18th birthday party of one of my friends, and the invitation just went round to too many people, and over 100 people showed up. It was posted on social media, and everyone showed up. The neighbors said they saw two boys fighting outside and then one of them who was stabbed ran back inside. Once everyone knew what it was they started running and screaming down the street; it was like a riot. It was crazy."

Nanabanger was known on Twitter as a DJ and many more posted about his death. One user wrote, "Rest in peace to one of the humblest guy on road man we gonna miss you nana banger." Another said, "Painful one to wake up to. All I can say is whether it was football Djing or just general conversation this guy would always show man that I’m good at what I do and his times done for the music/football scene that’s why I fuck with this guy no matter what’s going on in the area the conversations positive."

One less nigger in europe, perfect.