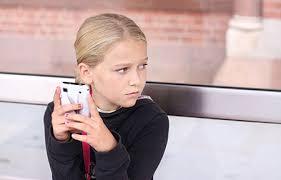 Once again, another story shines light on the extensive issue of child grooming and exploitation through social media. Michael Gutierrez, 35, of Pomona, California was sentenced to 25 years in federal prison for producing child pornography. Gutierrez exploited multiple minor females from New Hampshire he targeted via social media. Gutierrez was posing as a 14-year-old female using usernames like “Chloe_is_Awesum,” “spamaccount.c” and “Doogteg.” The five teenage girls did not know each other and only their homestate of New Hampshire and having an Instagram account have been seen as a commonality.

Gutierrez operated by first persuading the young girls to send him sexually explicit images which were then <a href="https://www.justice.gov/usao-nh/pr/california-resident-sentenced-25-years-producing-child-pornography">used as blackmail to extort even more explicit images</a> claiming he would distribute what he had if they did not do as he said. In late 2016, however, a mother of one of the victims found out what Gutierrez had done as well as the demands he was making. The mother reported him to the FBI who began to conduct their own investigation.

<a href="https://www.wmur.com/article/california-man-accused-of-soliciting-explicit-images-from-nh-teens/18666134">Gutierrez used Kik and Instagram</a> to lure the girls and entrap them in his extortion plot. All five girls thought he was a young girl as well based on his profile. Kik was the stalking ground for three predators sentenced just last week alone.

Gutierrez pleaded guilty on five counts of production of child pornography in June of 2018. Gutierrez will be on supervised probation for 15 years following his release.

US Attorney Scott Murray underscored the danger inherent in social media, “Safeguarding our state’s children is among the most important priorities of the U.S. Attorney’s Office. As this case shows, there are dangers that lurk on social media, where criminals use the anonymity of the internet to abuse the unwary. We will continue to work closely with our law enforcement partners to target predators whose horrific actions rob children of their innocence.”

New Hampshire acting US Attorney Donald Feith agreed entirely with the sentiment, "Almost all of the victims tried to just ignore him, but we believe the evidence will show that when he was ignored, he did send those original images to the friends of the girls and carried through on his threat, so to speak. Kids, particularly young women, need to be careful who they're communicating with over these social media platforms," Feith said. "Don't communicate with someone you don't know personally."

“As a predator of children, Mr. Gutierrez deserves every single day of the sentence the court has imposed on him. He shamelessly coerced children into engaging in sexual activity and forced them to send him photos of that activity,” said Harold H. Shaw, Special Agent in Charge of the FBI Boston Division. “The FBI will continue to work with our law enforcement partners to identify and apprehend individuals like him who choose to exploit and prey upon our children.”

“Homeland Security Investigations is encouraged by today’s sentencing,” said Peter C. Fitzhugh, Homeland Security Investigations (HSI), Boston, Special Agent in Charge. “HSI Special Agents worked diligently to ensure that this individual, who exploited his victims through a series of disturbing and threatening methods, will not harm again. We abhor these actions and hope that this collaborative investigation and resulting sentence will help the victims in this case begin the healing process.”

This represents another case conducted through the DOJ's Project Safe Childhood which coordinates federal, state and local authorities to identify and rescue victims of child sexual exploitation and abuse. To contact Project Safe Childhood or access information and resources, you can visit justice.gov/psc. If you'd like to learn more about the growing problem of child exploitation through social media, apps and platforms like YouTube you can learn more or get involved by visiting exposingexploitation.com

You can also learn more about Project Safe Childhood by visiting the Department of Justice web page justice.gov/psc for more information on internet safety or to contact the PSC.

—“Safeguarding our state’s children is among the most important priorities of the U.S. Attorney’s Office—

sure, but what about the children who died in the Trade Towers on 9/11? that act of terrorisim was done by BushCo and jews. who remain at-large.

A stronger message needs to be sent to those who prey upon the defenseless!


This is a woefully pathetic sentence.
To let such a sub-human live.

Why the hell should perverts like that leech on the legal & prison system.

Cut costs, set a precedent, turn a bill to law that the sentence is a freeing of the soul.