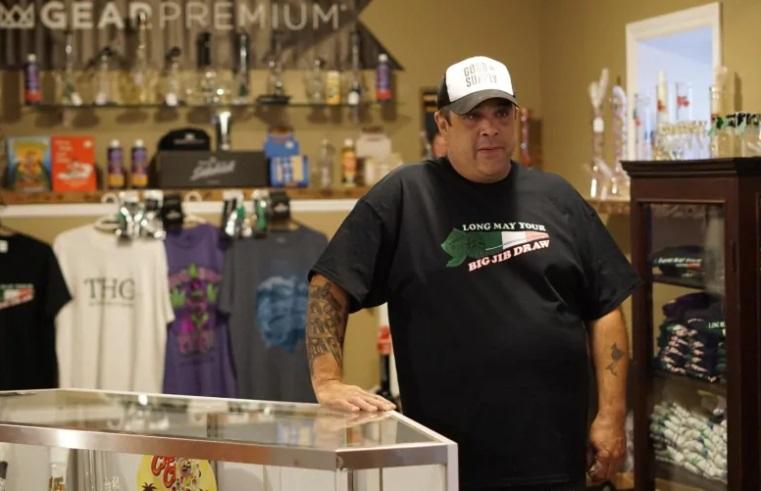 Canada's Marijuana Dispensaries Run Out After First Day Of Legalization

As midnight struck on October 17th, 2018, Marijuana dispensaries all over Newfoundland and Labrador provinces in Canada opened their doors for the first time. Cannabis was fully legalized on October 17th meaning both medical patients and recreational users could benefit from the plant's incredible properties.

Ironically, only a day after opening, Clarke's marijuana shop called THC Distribution ran out of its product that evening showing that even Clarke underestimated the demand for the product. "It's very bad news in my eyes. I ran out at 4:20 today, believe it or not," Clarke said.

"I'm a little shocked that I sold out so fast, and also very upset that I don't have product for everybody," Clarke said. "I'm letting down a lot of people here and I was assured that if I paid for the cannabis I would receive it." THC Distribution was one of the first stores to open for business at 12:00 a.m. on the dot Wednesday.

Clarke said he ordered $70,000 worth of product from his supplier but when his order arrived it contained only $10,000 worth of product. He says he doesn't know why the order was short or how long it will take to get the rest of his order. In the past, Clarke revealed his marijuana sources include suppliers like Canopy Growth.

"I pray that something gets shipped to me overnight so I'll have some product for tomorrow. If I don't get any product I'm going to keep the shop closed and spend a couple of days with my family," Clark said.

Meanwhile, at other newly opened marijuana shops, owners are struggling to keep up with the demand. One shop in Gander has also completely sold out of marijuana. They happen to also be the only shop in the area that is licensed to sell marijuana.

In Grand Falls-Windsor area, another location of the same shop confirmed it had run out of product by 1 p.m. Wednesday afternoon meaning they ran out of product in just 13 hours since marijuana was fully legalized in Canada. An employee at the shop told CBC they expect to receive a new shipment of inventory Thursday morning.

Several other shops including one named Tweed opened on Water Street in downtown St. John's opened their doors a second after midnight also. Somehow, Tweed has confirmed that business is going great but they aren't running out of marijuana anytime soon. They are also welcoming interested or curious buyers to their store.

Canadian Prime Minister Justin Trudeau was largely behind the push for legalization and said his reasoning for doing so was "to better protect our kids from the easy access they have right now to marijuana and to remove the criminal elements that were profiting from marijuana."

Trudeau took immense heat from his fellow politicians over his attitude towards marijuana legalization. He defended his stance early on saying, "Decriminalization is a great first step but I'm in favor of legalization as well, because we control it, tax and regulate it, we allow for the development of a medical marijuana industry."

He continued, "I certainly wouldn't want to encourage people to use it… but in terms of respecting Canadians and their choices… and following where the science leads us is a responsible way of government. The Conservatives base their approach on ideology and fear. I prefer to base my approach on evidence and best practices and I think that is what Canadians will respond to."

People take the power back, fuck this big pharma criminals!

It’s the only intelligent act Trudeau has performed.

The 1st intelligent move the cucks made.